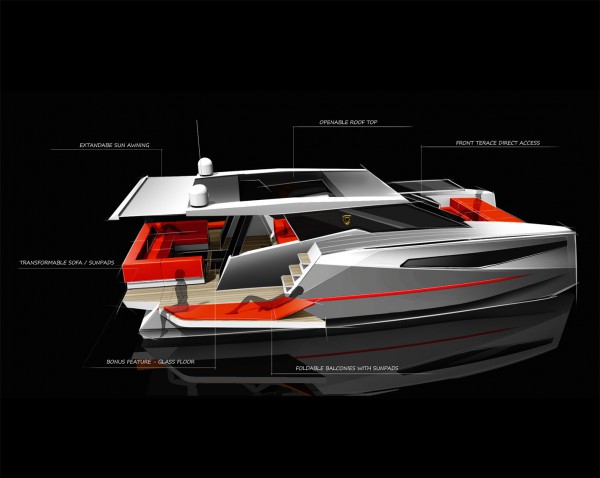 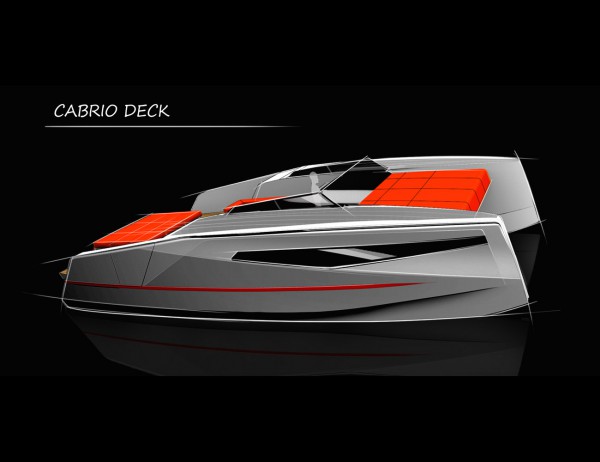 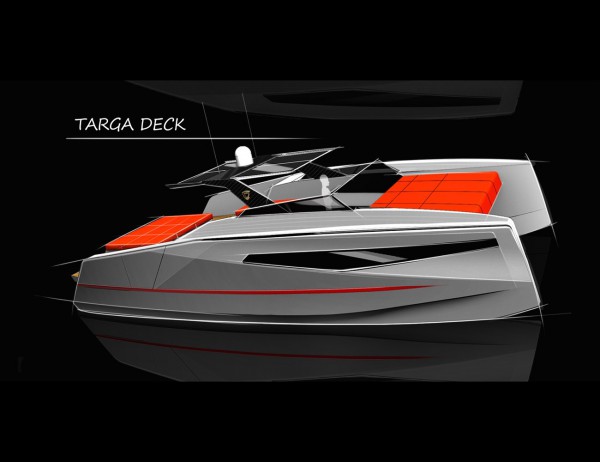 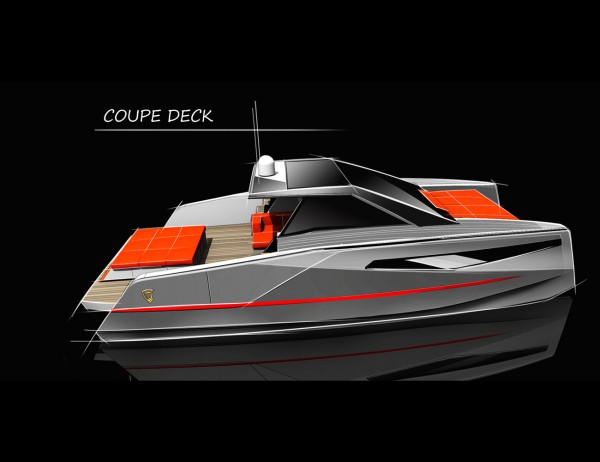 Catamaran tenders are even rarer than catamaran superyachts. There is no obvious reason why this should be so. Yes, their extra beam requires more garage space, but inherent stability, shallow draft, larger deck area and added performance go some way to outweighing this disadvantage. Another drawback is that, to date at least, the boxy design language of many multihulls has done little to change the minds of monohull purists.

As the former chief concept designer for Sunreef and the developer of its 210-foot power trimaran concept, Robert Blazejak specialises in multihull platforms and is accustomed to the prejudices of the market. Now working as an independent designer, he has developed a 40-foot power cat design that he believes will go some way to redressing the balance.

“My experience with multihulls has shown me that there is a gap in the market for designs that can compete with monohulls in terms of fresh, modern design,” he argues. “When I left Sunreef, I came away with a very clear idea of a catamaran day boat between 40 to 60 feet with very racy, contemporary lines. Thanks to the transformable furniture arrangement and shared hull architecture, it could also function as a superyacht tender or support vessel.”

In fact, the Polish designer’s approach was not to compete with other catamarans on the market, but to take on equivalent monohull tenders from the likes of VanDutch, Evolution or Wally and beat them at their own game.

The design he came up with – not for nothing called ‘Code Breaker’ – is both highly functional and visually appealing. Available in a Cabrio, Targa, Coupé and a fully enclosed Saloon version, the Cabrio and Targa are the most suitable as tender designs thanks to their relatively low profiles. But it is not just the model names that derive from the automotive world: the faceted exterior styling also draws heavily on car design.

With ample deck space fore and aft – ideal for use as a dive boat or people carrier – and a guest cabin in each of the hulls, Blazejak calculates that he has packed 75 sqm of living space into a design measuring just 12m LOA with a beam of 6m. The deck space can be increased further at anchor with fold-down bulwark platforms. The aluminium cat is no slowcoach either: equipped with twin 320hp engines, it would be capable of speeds in excess of 30 knots, but building with advanced composites would mean still higher redline speeds.

“Multihulls outweigh monohulls in so many respects,” says Blazejak, who is in talks with a shipyard to put his Code Breaker design into series production. “As the exterior styling improves, I’m confident that in coming years owners will gravitate more and more towards the stability and functionality of catamarans and trimarans.”

The changing face of superyacht ownership