SuperyachtNews.com - Owner - What is the optimum sized superyacht for the future? 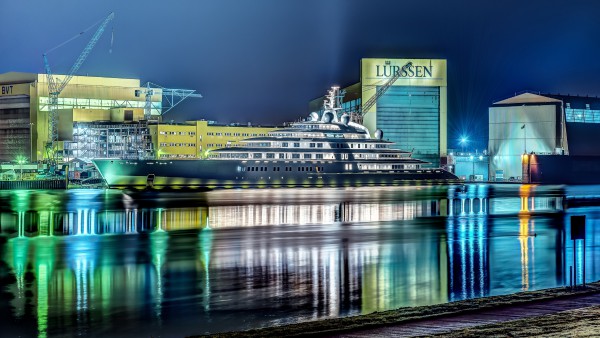 Many will say, with just a hint of sarcasm, that the optimum sized yacht for the future is whatever the client desires – and those people are certainly not wrong. With so few sales every year, it’s perfectly rational for the industry to capitalise wherever there is a smattering of demand. But, what do the industry experts believe to be a yacht of ‘optimum’ size moving forward?

“I think it will be a combination,” says Kevin Merrigan, CEO of Northrop & Johnson. “There are many who enjoy a 50m; it’s easier to run, easier to get around, it’s less expensive and accomplishes a lot of what you’re trying to accomplish. But, I also think that the 100m mark is one that will be reached more regularly.”

“When I started in the industry – when Noah was looking for his boat – you could have put a 70ft Hatteras on the face dock and that was unbelievable. But there will be individuals that desire a 100m+ yacht now, simply because that’s the space they’re used to having”, Merrigan adds.

Paolo Casani, managing director of Camper & Nicholsons, deems it to be the 45–65m sector. “They’re easier to manage and you have more berthing options. Yachts this size are the most appealing for charter, we had a 60m that did 96 days of charter in one season. The owner offset his running costs and actually made a profit. The pricing for charters becomes far less attractive for the market when you get above 65m.”

Mark Elliott, sales and charter consultant at IYC, believes there is too much of a definitive line, lumping yachts either side of the 500gt mark, for there to be an optimum size. “You’re in a different world when you get over 500gt. The rules and regulations need to soften; they should be incremental. It’s silly that if you’re going to build over 500gt, you may as well build way over. Those who may want a 170ft yacht may as well go to 200ft if they’re spending that kind of money.”

John Rosatti, the owner of 65m Double Down, says “It’s hard to tell. Everyone’s going bigger now, just look around. In 1988, I had a 34m Thunderball and it was in the top 100 largest yachts. Now I have a 65m, which may have just slipped out of the top 250. These boats get bigger and the ports get smaller. Where do you put them? It’s tough. If you look around there’s virtually nothing under 150ft now.”

But, is there a logical end point to this upsizing? “No”, they all say resoundingly. “But where are you going to go? Into commercial ports? It’s not worthwhile – and it’s far nicer getting in close to the great scenery,” adds Elliott. “The market will dictate, but if somebody wants to build a 300m yacht, or a floating town, I’m confident the industry would figure out how to deliver it,” concludes Merrigan.