A slower couple of weeks for brokerage, but a behemoth enters the fray… 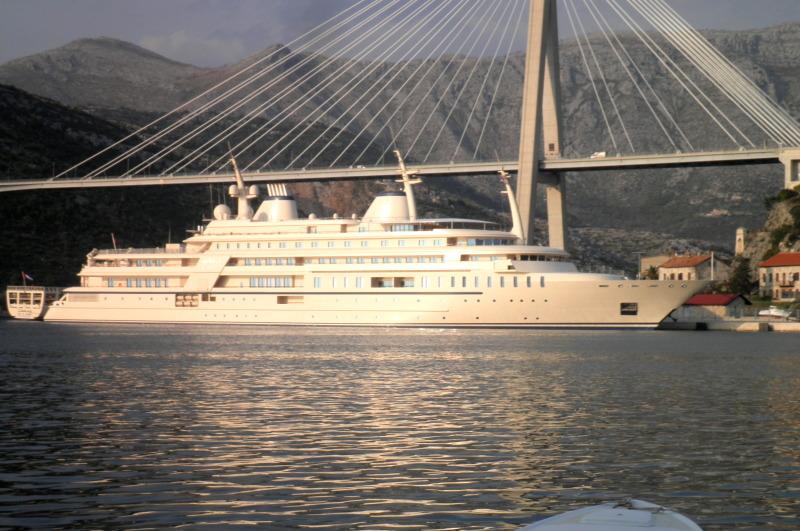 While the brokerage market’s fall in productivity for the period between 9-22nd April may look significant in percentage terms, in a unitary sense it only represents a small drop off in performance with not enough data currently to determine whether or not this is an indication of how the market is likely to perform in the weeks and months to come. 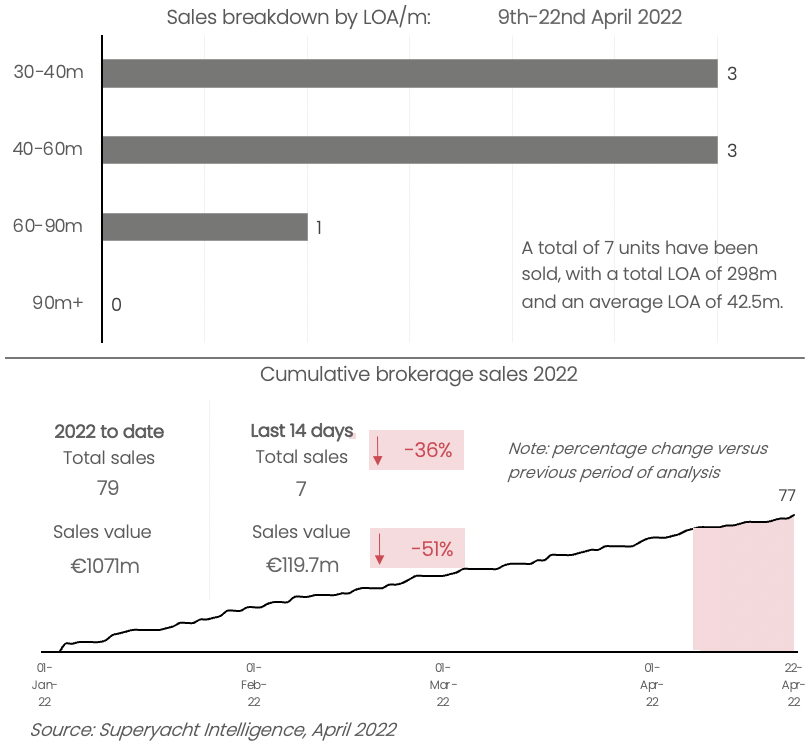 According to The Superyacht Agency, there was a total of seven superyachts sold within the analysed period, the most significant of which being 61.5m Cloud 9, which was built by Sanlorenzo and delivered in 2021. Her last known asking price was €59m and the sale was completed by Burgess. Lady Michelle, the 55m Benetti delivered in 2003 was sold for €16.7m. 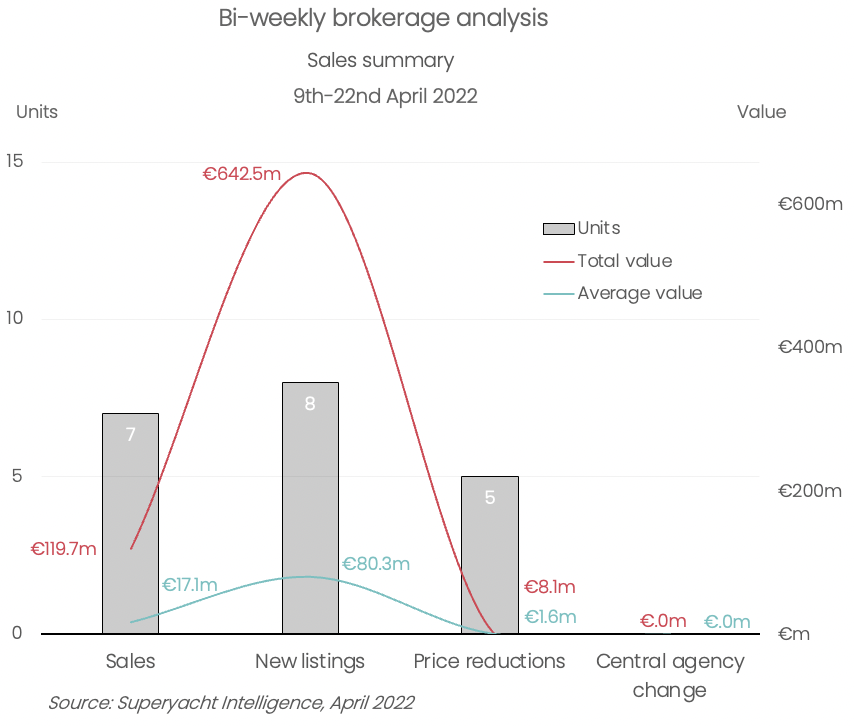 The analysed period saw a total of €8.1m in price reductions at an average of €1.6m across five superyachts for sale. By far the most significant of these reductions, and the one that skews the average numbers, was the €5.2m reductions by Camper & Nicholsons of Ambrosia, the 65m Benetti that was delivered in 2006. Ambrosia is now for sale at the adjusted asking price of €39.8m. 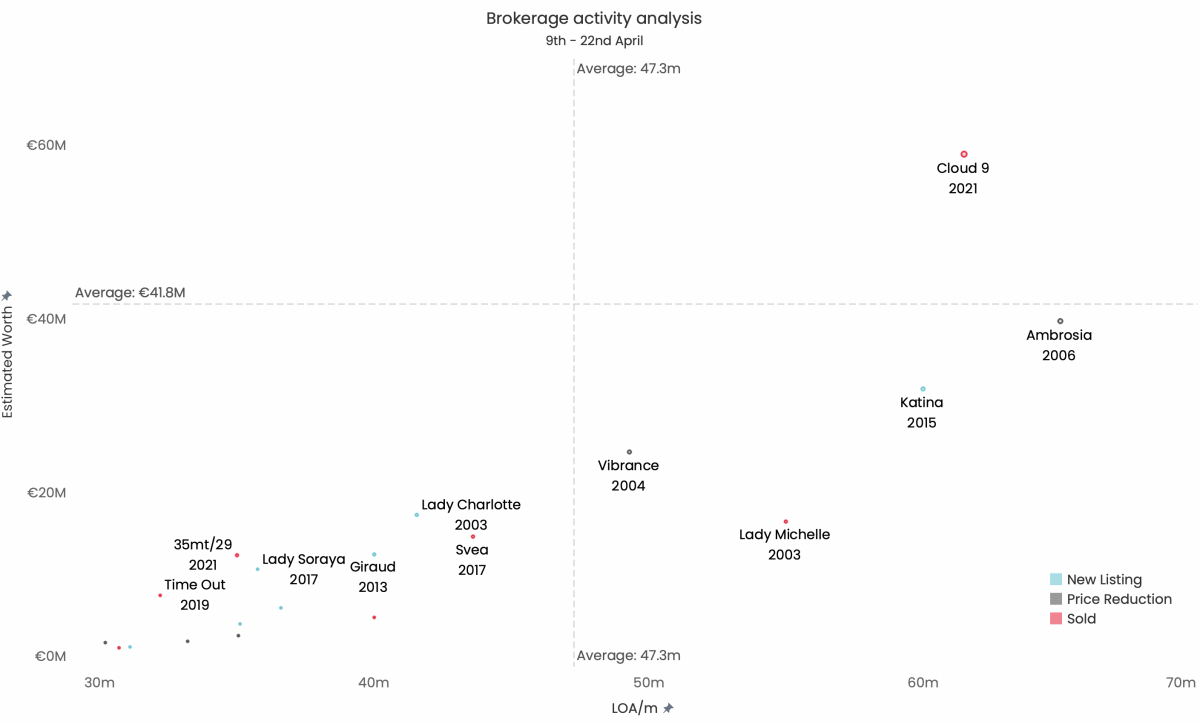 By far the biggest news of the analysed period however is that 155m Al Said, which was delivered by Lürssen in 2008, is now for sale. Although the price has been withheld, The Superyacht Agency estimates that the value of the 15,850gt Behemoth is likely to be around €550m, she is for sale with Black Orange Yachts. The above graph highlights all of the brokerage activity from 9-22nd April, however, it should be noted that Al Said has been removed from the graph. Because the large superyacht is such an anomaly, its inclusion almost renders the graph unreadable.

Al Said is known to be owned by the Sultan of Oman as part of the Oman Royal Yacht Squadron, a series of seven vessels owned by the Sultan. It is a rare occasion indeed when a vessel of this size enters the brokerage market and with one group of prolific large superyacht buyers now out of the equation, it will be interesting to see how the market responds to the availability of such a large and rare pedigree of vessel.