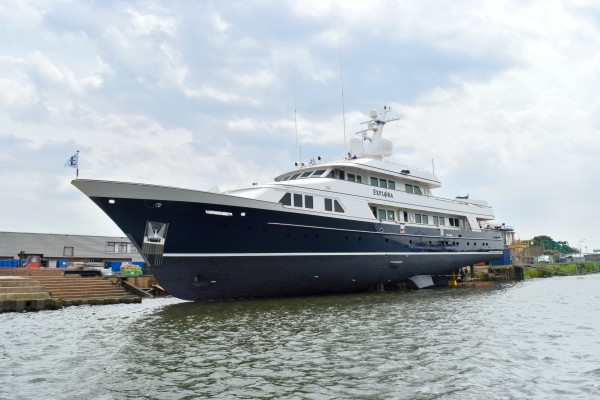 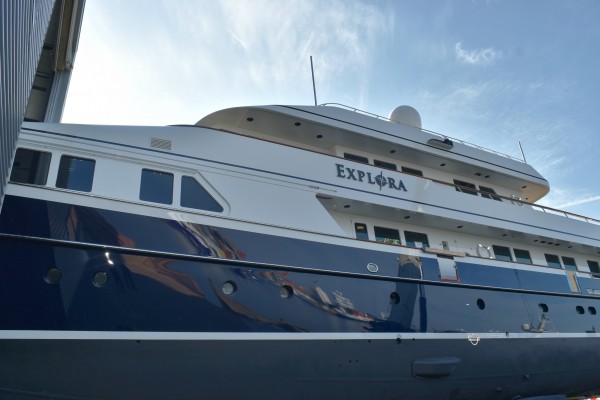 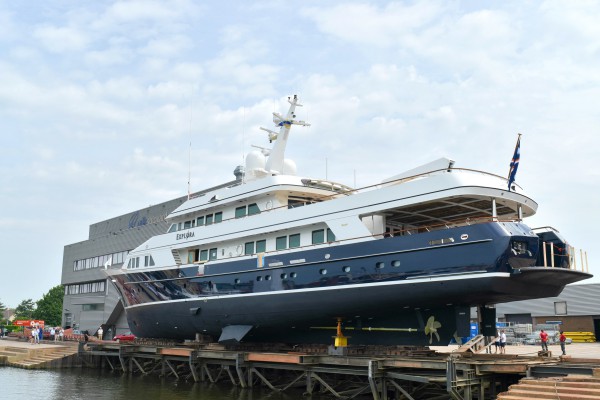 Hot on the heels of Sandalphon, the 31m expedition yacht launched from Balk Shipyard in April, comes the launch of the newly named Explora.

Touching water on 15th June, 2017, Explora has spent eight months at the Urk yard undergoing a technical and exterior-focused refit. During the initial stages of refit, the owner opted to change the superyacht’s name from Charisma to Explora – fitting, given the owner’s plans to explore the seas.

Built at the Royal Van Lent shipyard, 86km from Balk Shipyard, the 1985 custom-built 46m Feadship is a disciple of traditional yacht design.

The original exterior details by De Voogt Naval Architects have been updated by a full exterior paint job. Below the restored caprails, the previously elegant all-white steel hull has been superseded by a modernistic and sophisticated blue hull, offset by a white stripe atop the bow. Coinciding with the owner’s plans to explore the seas, steel reinforcements have been implemented to the yacht’s foredeck before partly-new teak decks were fitted.

The interior, designed by Leonard Melse, Donald Starkey and Andrew Sheinman has remained largely untouched. Other than one guest cabin rebuilt into a massage salon, most of the interior works have involved the modernisation of all wheelhouse electrical systems. In addition to updated navigation and communication systems, the WiFi has been upgraded and new bow thrusters have been installed.

Explora is penciled in for a July 2017 delivery following commissioning and extensive sea trials.