Project 705, surprised onlookers on the banks of Aalsmeer as she left the construction hall… 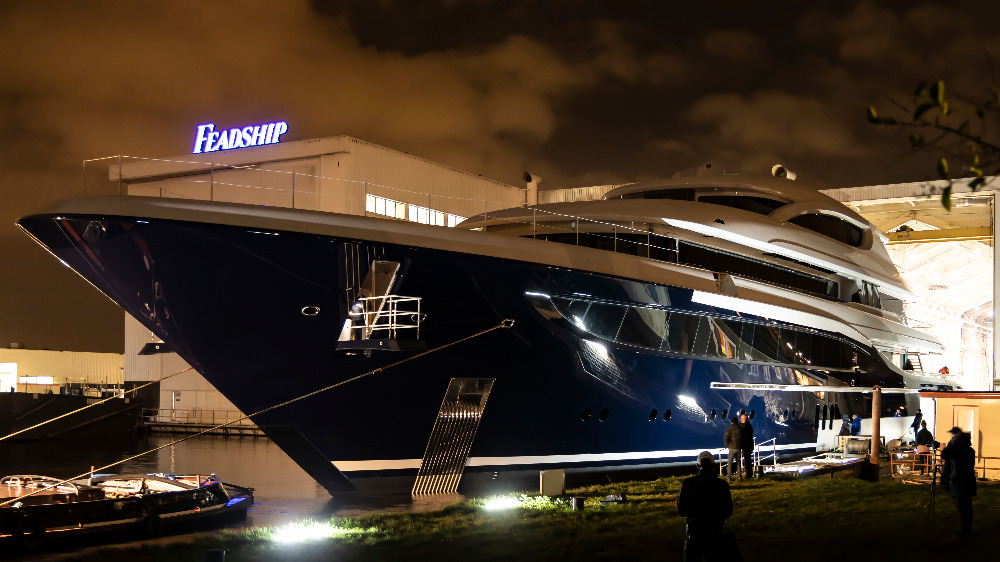 Just two weeks after Feadship launched its second project of 2020, 100m Moonrise, the Dutch shipyard has reiterated is the strength of its order book as its latest superyacht has rolled into the public eye ahead of her official launch in a few weeks’ time. At 72.85m, the new fully custom project, referred to as Project 705, surprised onlookers on the banks of Aalsmeer as she left the construction hall under the cover of darkness to reveal her dark blue hull and white superstructure.

Designed by renowned British design studio RWD, as well as De Voogt Naval Architects, the shipyard has confirmed that this project was commissioned by a repeat client. In a statement to the press, the Dutch superyacht builder said that the owner “was delighted with both the experience of creating a Feadship as well as the many years of enjoyment that have followed.”

Feadship has also hinted that there are a number of innovative features on-board Project 705, but are to remain under wraps for now, with more details due to be unveiled at the official launch of the project.

“It may be a cliché, but I truly believe that it takes a team to build a dream,” says project manager Gerhard Dekker. “The way in which everyone has played their part in creating this exceptional vessel is a textbook example of teamwork.” 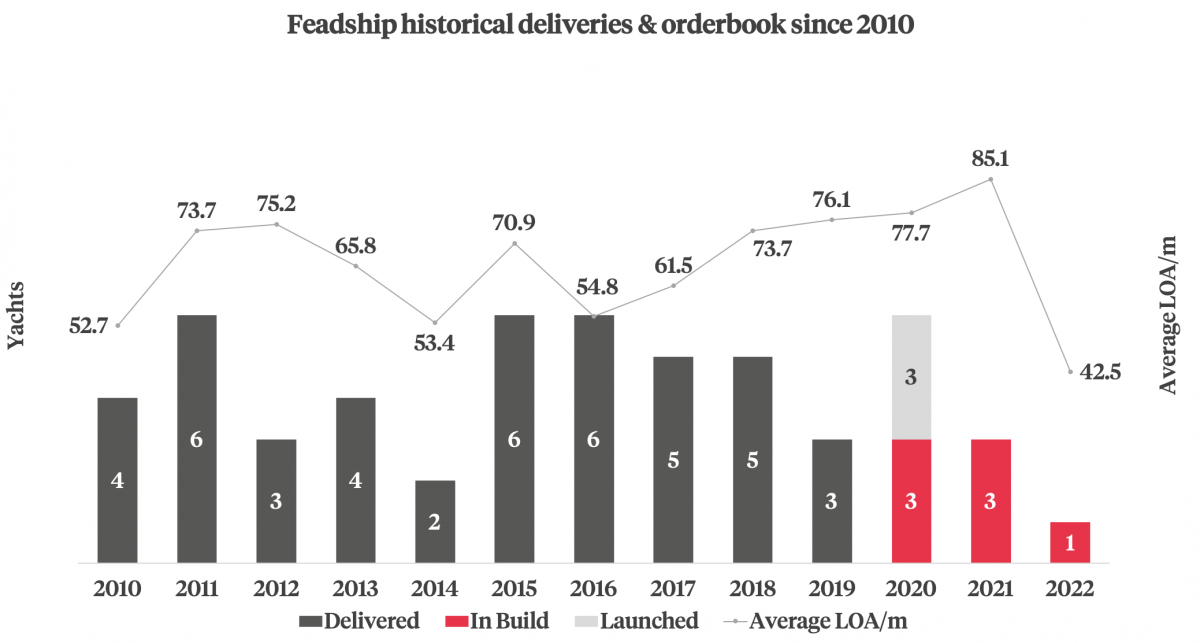 According to The Superyacht Agency, Feadship has contributed to 27.2 per cent of all Dutch superyacht built to date, an incredible statistic that reiterates the shipyards strong position in the market. Furthermore, Feadship has nine yachts under construction, which again makes a hefty contribution to the Dutch orderbook statistics, which currently stands at 52 projects across 13 shipyards.

Having already launched two projects this year, 100m Moonrise and 75m Arrow, the new decade has got off to a roaring start for the shipyard and we expect this momentum to continue with six superyachts scheduled for delivery this year.