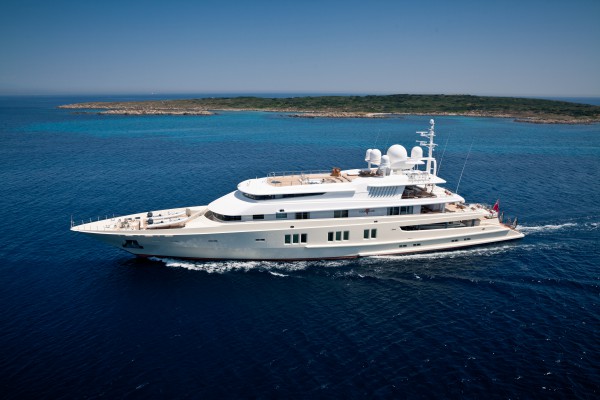 Moran Yacht & Ship has announced that it has listed the renowned 72m Lürssen build, Coral Ocean, for sale for a modest €31.95 million. The 1994-build, which is perhaps better known by its former name, Coral Island, is a significant project in Lürssen’s history, featuring a classic and opulent Jon Bannenberg design.

She already has a somewhat unique position on the market in so far as she is the only 70m+ purpose-built superyacht available for sale that was built in the 20th century. As such, she is priced at a very respectable €23,168/gross ton, which is almost exactly €15,000/gross ton lower than the average 70–80m second-hand motoryacht on the current market.

In 2016, Coral Ocean was sold to its current owners. She is said to be in excellent condition, having returned to Lürssen very regularly for maintenance and refit work. Her last significant refit was in 2016, with the bulk of the work completed relating to an upgrade from private to commercial compliance.

Coral Ocean joins 63.4m Polar Star on Moran Yacht & Ship’s current sales roster of second-hand Lürssens. The firm did also have the 78.4m Lürssen, TV, for sale until it was announced during the 2017 Monaco Yacht Show that Robert Shepherd from Edmiston had managed to recover the listing.

Edmiston actually had the listing from September 2014 to July 2016, while the yacht was listed at an extortionate €130 million, before losing it to Moran Yacht & Ship, which successfully took on the listing under the condition that the price was dropped by an emphatic €38 million to a considerably more feasible €92 million. She remains unsold, however.

For an unrivalled insight into the health of the 70m+ new build market, and other sectors, sign up to The Superyacht Intelligence Business Package for the most comprehensive presentation of fleet data in the market.

Fifth sale of 2017 for Heesen Yachts