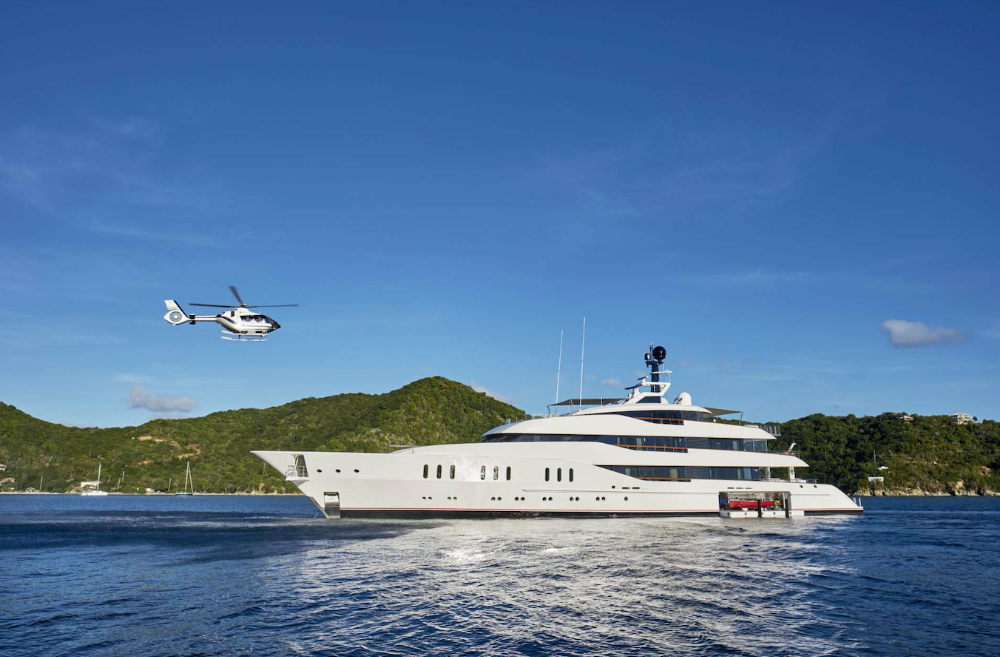 The 66.3m Feadship build, Vanish, has been sold by Cecil Wright & Partners and Burgess. Burgess was the central agent (CA) for the sale, however, Cecil Wright & Partners submitted the name of the eventual buyer as an exclusion to Burgess’ CA agreement, and in doing so, represented both parties in the sale. The final asking price for the vessel was €85 million.

Vanish was delivered in 2016 by the Royal Van Lent arm of Feadship and features the interior and exterior design work of London-based Harrison Eidsgaard, with naval architecture from De Voogt. As one of the latest Feadships available for resale, she was understandably sought after and the speed of her sale comes as no surprise, given the dearth of comparables on the market.

The highlights of this scion include a free-standing staircase flanked by a glass wall over three decks, an ingenious extendable balcony from the owner’s stateroom and a highly innovative transom design. She sleeps 14 guests in seven cabins. The main deck has six cabins, four of which are guest staterooms and two are VIP staterooms that can be converted into a single full-beam suite. 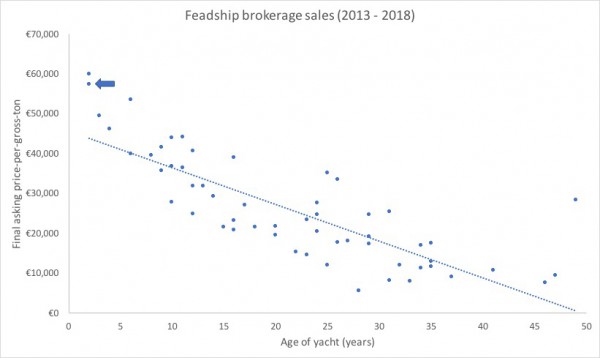 The arrow above denotes the sale of Vanish, which is the second-highest in terms of its final asking price-per-gross-ton since 2013 at least.

The graph above shows research conducted by The Superyacht Intelligence Agency on Feadship brokerage sales since 2013. By charting the final asking price-per-gross-ton against the age of the vessel, two key constituents of a second-hand sale, the graph shows the rate at which Feadships typically depreciate on the second-hand market.

As you can see, Vanish, which has a gross tonnage of 1,481 and had a final asking price of €85 million, achieved a final asking price-per-gross-ton of 57,393/gt. This is the second-highest Feadship brokerage sale (using this metric) since 2013 at least, following Merle Wood & Associates’ sale of 45m M/Y Helix, a F45 Vantage vessel, in 2013. It is worth noting, however, that final asking prices can have no bearing on actual selling prices.

More graphs revealing the depreciation rates of different builders over time, and the link to their new build fleet, will be revealed in The Superyacht Report: New Build in February 2019.