SuperyachtNews.com - Business - Project PHI: Is this the perfect owner’s approach? 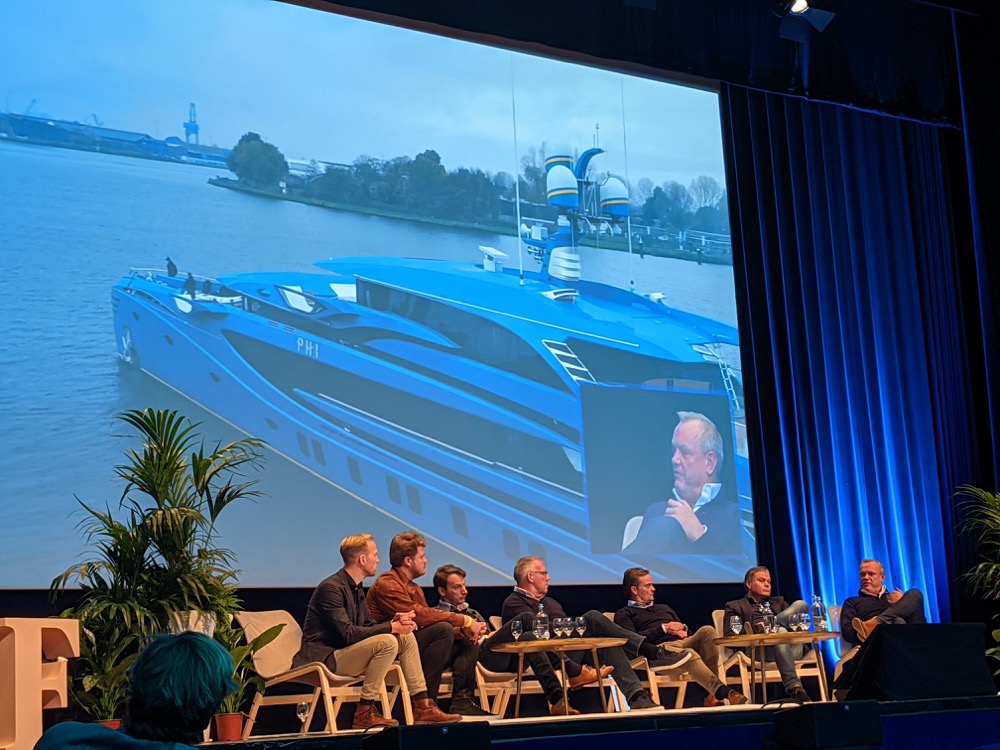 Project Phi is a particularly unique superyacht. The name itself relates to the inside and outside - the "sectio divina" or the Golden Ratio. The PHI philosophy and deck levels are subsequently focused on three themes: the galaxy, the ocean surface and the underwater world. The specially developed Fast Displacement XL hull form allows this yacht to be long and sleek, yet still remain under the 500 GT mark.

For the final session of The Superyacht Forum Live we invited the trail blazing team behind Project PHI on stage with our Chairman Martin Redmayne to discuss whether or not this special vessel should be the precedent for future models. Guy Booth, the owner’s representative, was of course the focal point of the panel discussion given his intricate knowledge of both the owner and the vessel.

Booth described the comical situation that ultimately led to Cor De Rover being assigned the role of Head designer of the vessel. The owner had never heard of Cor, and invited him on to his yacht to hear his ideas and look at his sketches. Cor arrived late, soaking wet from the tender ride, and completely empty handed. After a short discussion, the client asked Cor to present his ideas, to which he replied, “With all due respect, how can I design a yacht for you if I don’t even know you.” That sentence was effectively the blossoming of the Project Phi story.

The process of finding the right shipyard for the owner was long and arduous, and Royal Huisman weren’t the first option either. Booth explained how they had previously visited multiple yard across Europe but grew tired of being told that they the clients expectations were too ambitious. “The conservative nature of this industry really doesn’t help.” Booth said, “Thankfully Royal Huisman isn’t like that, and they were really keen to make the ideas work.”

George Wolstenholme, the lead interior designer said that he aimed to, 'Marry the genius of the exterior with the interior and create something unique yet balanced, which is why nothing in the interior is symmetrical." The designers at Lawson Robb aimed to extra the DNA of an idea, develop their own take, and then tell a story with it.

Naval architect Perry Van Oossanen also revealed some of the benefits that come with the 36 metre support vessel ‘Phantom’. Phantom was built purely to act as a workhorse and boasts an 8500 nautical mile range. The vessel not only makes perfect sense from a logistical standpoint, but also from an operational one. The mothership has very few technical spaces which allows crew members to focus and dedicate their time purely on servicing the owners and his guests.

Superyacht 2030: How much energy can we save?