“There is now no legal source for timber, including precious teak, to be imported from Myanmar into the EU,” says Faith Doherty of the EIA… 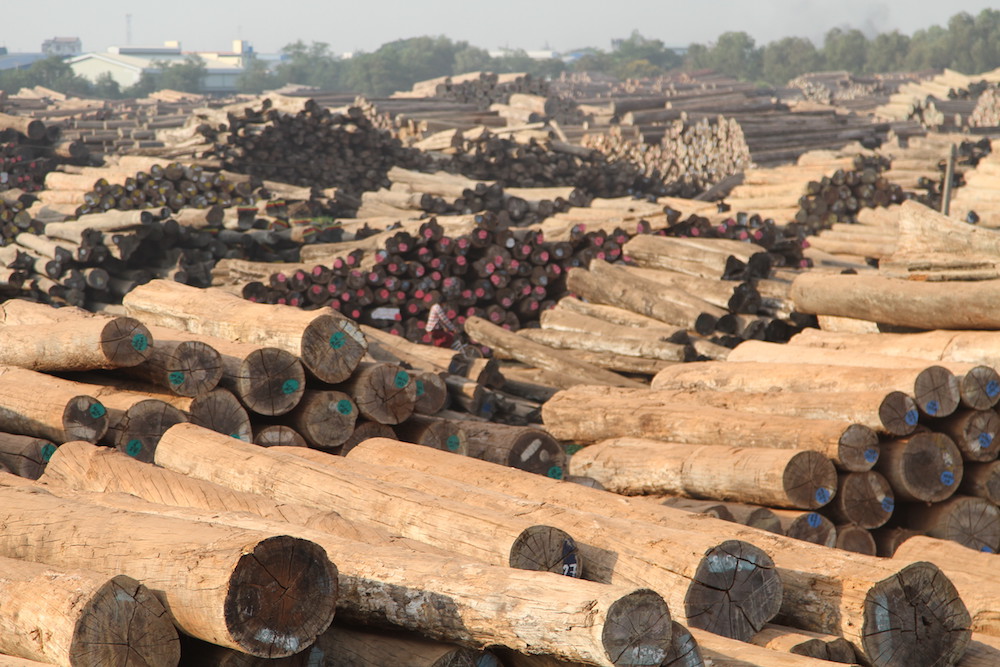 The Council of the European Union has announced a new wave of sanctions against the military regime in Myanmar. The London-based Environmental Investigation Agency (EIA) welcomed the move for recognising the importance of the country’s natural resources sector, especially timber exports, in generating hard currency for the regime. SuperyachtNews speaks to the EIA about how these sanctions are likely to impact the superyacht industry.

The EIA has led the call for targeted sanctions against the regime’s timber sector and the state-owned entities and individuals profiteering from Myanmar’s natural resources since the military coup on 1 February 2021. EIA campaigners have been exposing Myanmar’s illegal timber exports and the international timber traders profiting from this crime for the past decade.

“In support of the Civil Disobedience Movement’s call from inside Myanmar to choke off funds which support this violent and illegitimate regime, we welcome the announcement that additional sanctions include lucrative natural resources such as the timber sector,” comments Faith Doherty, EIA Forests Campaigns Leader.

“One of the main drivers for illegal logging of teak in Myanmar has been the marine sector. We have been documenting and exposing the crimes committed and the laws broken, not just in Myanmar, but also the current laws that exist in Europe and the United Kingdom. These sanctions should not come as any surprise for the marine sector. We have been calling for action for almost a decade now.”

Arguments against the exportation of teak from Myanmar traditionally focussed on the resource being limited and of environmental importance, with many calling for the adoption of alternative materials for use across a variety of sectors.

“For anybody complaining now, they were warned,” continues Doherty. “They have had plenty of time to look for alternatives and I believe some companies have done so successfully.”

Both the European Union Timber Regulation (EUTR) and the US Lacey Act have been in place to help the legal trade of timber, whilst at the same time preventing illegally sourced timber from entering into various markets, including any illegally sourced teak from Myanmar.

Furthermore, before the most recent sanctions and the coup d'etat on 1 February, there was a European wide common understanding among member states that it was impossible for Myanmar to comply with the EUTR. Enforcements in The Netherlands, Germany and other nations proved that Myanmar was unable to comply with the EUTR, but traders continued to trade the material.

On 1 February the armed forces launched a military coup when elected members of the country’s ruling party, the National League for Democracy, were deposed by the Tatmadaw, Myanmar’s military, which then vested power in a stratocracy (governed by military forces). In Myanmar’s previous coups in the 80s and 90s, one of the most important earners of hard currency for the various regimes proved to be timber, predominantly teak.

“We know that they want to use the teak to generate hard currency and when you compound this with the environmental and governance problems that already existed, its exportation has turned from a perspective of tainted legality to illegality,” explains Doherty. “In relation to the marine sector and yachting sector, it is really getting to a point where they are going to have to look at alternatives. Now that the sanctions have been announced, it is important that they are understood.”

The Council of the European Union imposed sanctions on eight individuals, three economic entities and the War Veterans Organisation in relation to the military coup staged in Myanmar on 1 February 2021, and the ensuing repression against peaceful demonstrators.

“The individuals targeted by sanctions include ministers and deputy ministers, as well as the attorney general, who are responsible for undermining democracy and the rule of law and for serious human rights violations in the country. The four entities are either state-owned or controlled by the Myanmar Armed Forces (Tatmadaw), contributing directly or indirectly to the military's revenues or activities,” explains the Council. “By targeting the gems and timber sectors, these measures are aimed at restricting the junta’s ability to profit from Myanmar’s natural resources, while being crafted so as to avoid undue harm to the people of Myanmar.”

“There is now no legal source for timber, including precious teak, to be imported from Myanmar into the EU,” says Doherty. “These sanctions absolutely make it clear. Additionally, the sanctions from the US in particular allow us to ensure that those who think they can still buy from Myanmar will fail. We will be following the money and looking at the banks and we will be tracking those companies that are still engaging.”

There are a number of stockpiles of teak that would be the major access point for anyone in the yachting world, but these stockpiles cannot be verified as legal and Doherty warns that, aside from the moral issue of contributing hard currency to a military Junta, that businesses should simply not be buying stockpiled Myanmar teak. According to Doherty, if a business is going to purchase stockpiled teak, they need to be able to verify that it is legal and, in the opinion of the EIA, it is impossible to do so.

“The message to the yachting sector is that after all these years of us telling you, it is coming to an end. Even without the sanctions and laws, there is hardly any Myanmar teak left. This is what you have done to it. If you had wanted it to last then engaging with a sustainable approach would have been best. Having had laws in place, we now have sanctions that are of a higher magnitude and they will impact people globally because of the banking and the ability to follow the money. You simply cannot buy any teak from Myanmar,” continues Doherty.

The excessive use of teak in the superyacht industry has been a topic of debate for some years now, with the market slowly accepting the need to include a higher proportion of alternative materials on board. However, given the market's reliance on owners and the high demand for teak from clients, the move towards more sustainable alternatives has been too slow. With the purchase of teak from Myanmar actively supporting a junta with a track record of human rights abuses, surely any already weak arguments for the continued use of teak have met their end.