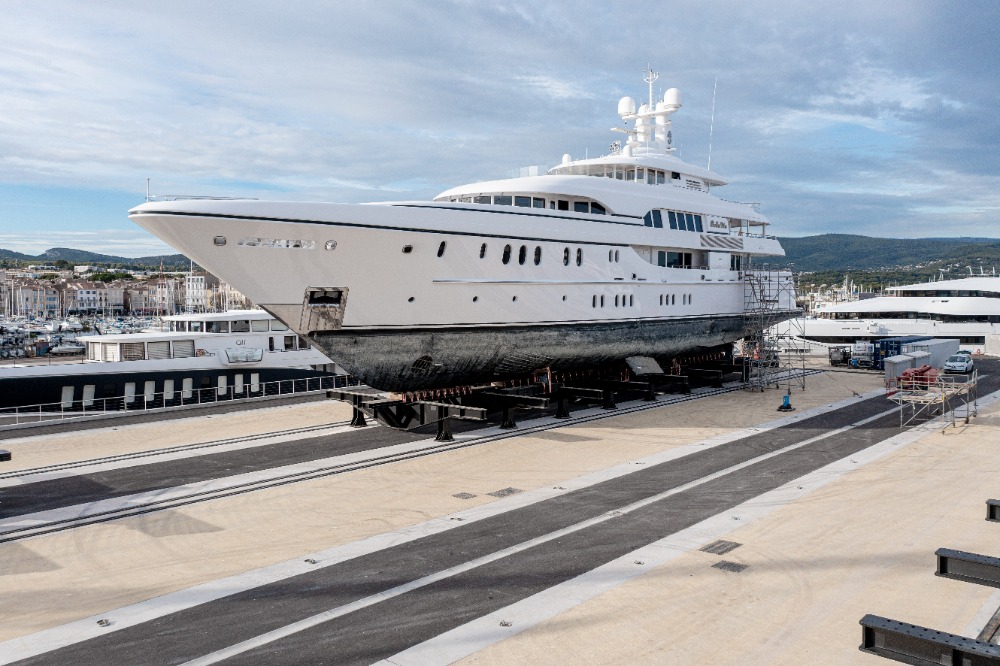 MB92 La Ciotat, One of France's leading superyacht refit shipyard, has officially ushered in a new era after the formal inauguration of their new 4,300t shiplift, involving 350 local institutions and many of those who worked on the project. The platform was officially christened by Martine Vassal, President of Métropole Aix-Marseille-Provence and included representatives from all participating institutions: La Ciotat Shipyards, La Ciotat City Hall, Région Sud, Département des Bouches du Rhône and MB92.

Speaking during the event, Jean-Marc Bolinger, CEO of MB92 Group, hailed the inauguration of Atlas “A historic moment for our shipyard and for the people of La Ciotat. It’s the beginning of a new era and we are excited to be a part of the continuing development of the site so that it can secure its position as the world’s leading centre for superyacht refit.” 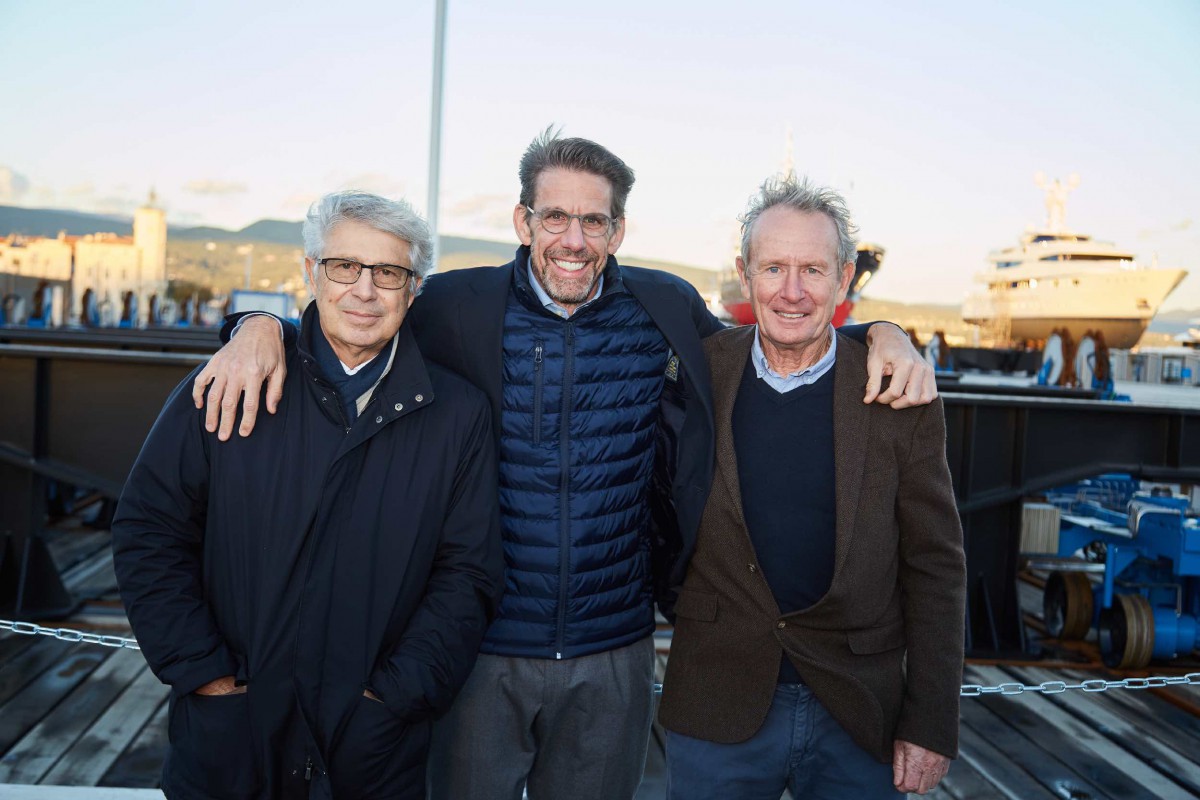 8 superyachts have already been welcomed since the yard opened its doors at the end of September. The new platform, which represents a total investment of 47.5 million euros for the Group, has already accommodated 8 yachts for a variety of works and is expected to generate a significant increase in activity for the shipyard with a positive knock-on effect on local employment, whether this is direct with MB92 or indirectly with the increasing network of local subcontractors.

In addition, local commerce in la Ciotat such as restaurants, hotels and shops will see a sharp increase in business, thanks not only to the additional employees on site but also the rise in the number of crew staying at the facilities. 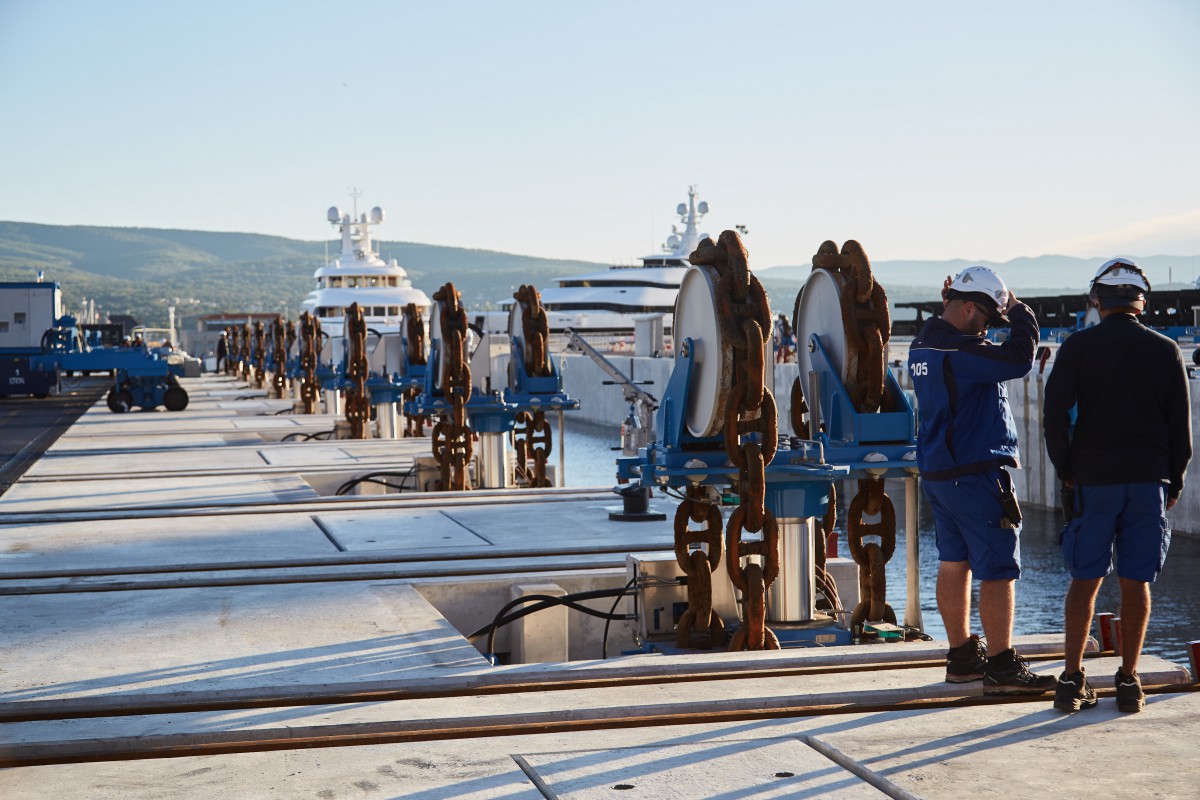 In total it is estimated that MB92’s activity in La Ciotat will be responsible for over 900 full-time employees by 2024 (737 direct and indirect employees for the shipyard, 168 employees for local commerce), an increase of close to 50% from 2021, a large majority of which will be based in La Ciotat.

Ben Mennem, CEO of MB92 La Ciotat, concluded: “MB92 La Ciotat is firmly rooted locally, with deep ties to the sea and a strong maritime heritage. The shipyard plays a central role in developing career opportunities for young talent and works alongside educational establishments to strengthen this link with our traditions and raise the technicity and professionalism of the local workforce.”

Alberto Amico discusses the future of yachting in Genoa

The evolution of Benetti’s 50m yachts