Mark Needham, Partner at Hannaford Turner LLP, outlines the relevance to this industry of a recent court judgement… 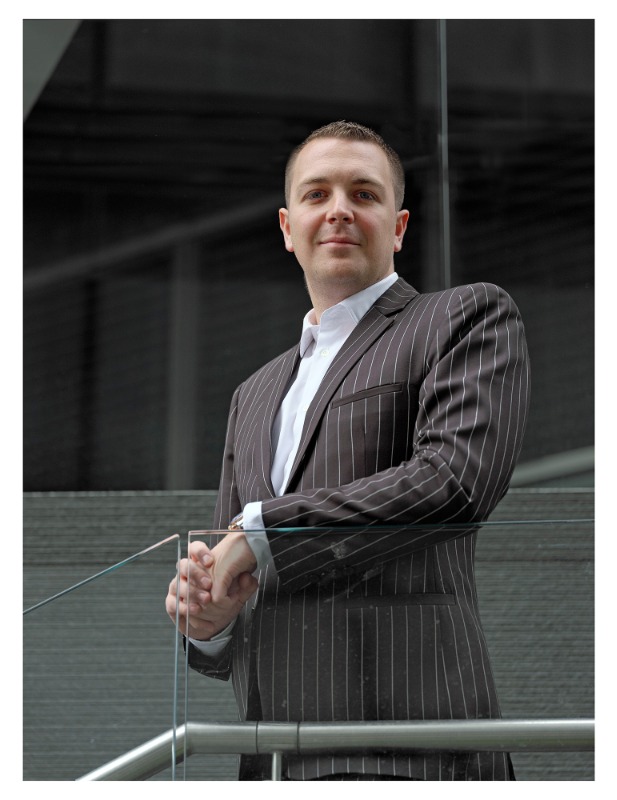 The Commercial Court handed down its decision in De Havilland Aircraft of Canada Limited v Spicejet Limited [2021] EWHC 362 (Comm) on 23 February 2021. The judgment acts as a useful guide to the English court’s approach to dealing with issues relating to liquidated damages clauses in English law governed contracts.

The case, brought by the Canadian Aircraft manufacturer, De Havilland, against the Indian low-cost airline, Spicejet, relates to an Aircraft Purchase Agreement for the sale of ‘Q-400’ series aircraft by De Havilland to Spicejet.

The facts, put succinctly, are:

“15.4 In case of termination of this Agreement, in whole or in part, by Bombardier* pursuant to this Article 15:

(c) Bombardier shall be entitled to recover from Buyer liquidated damages for Buyer's default in the amount of $2,500,000 USD (Two Million and Five Hundred Thousand United States Dollars) for each terminated Aircraft. Buyer agrees that such liquidated damages do not constitute a penalty and are a reasonable and agreed amount of the anticipated or actual harm or damages to be suffered by Bombardier as a result of or in connection with Buyer's default. Bombardier shall give credit for any payments in respect of such terminated Aircraft which have been paid by or on behalf of Buyer, and the parties agree that Bombardier shall be entitled to recover under this Article 15.4(c) only the amount stipulated under this Article 15.4(c) after allowing such credit.

The parties agree that the remedies described in this Article 15.4 are exclusive of and in substitution for any and all other rights and remedies provided by law or otherwise for any termination of such Aircraft by Bombardier under this Article 15.

4)  In defence of De Havilland’s claims, Spicejet asserted that there was an arguable case that the liquidated damages clause in the Purchase Agreement was an unenforceable penalty clause.

In giving judgment, Sir Michael relied heavily on earlier a number of earlier English authorities including:

33. The penalty rule is an interference with freedom of contract. It undermines the certainty which parties are entitled to expect of the law. Diplock LJ was neither the first nor the last to observe that "the court should not be astute to descry a penalty clause"... As Lord Woolf said... " The court has to be careful not to set too stringent a standard and bear in mind that what the parties have agreed should normally be upheld", not least because "any other approach will lead to undesirable uncertainty especially in commercial contracts." ...
....

35. But for all that, the circumstances in which the contract was made are not entirely irrelevant. In a negotiated contract between properly advised parties of comparable bargaining power, the strong initial presumption must be that the parties themselves are the best judges of what is legitimate in a provision dealing with the consequences of breach.

What is necessary in each case is to consider, first, whether any (and if so what) legitimate business interest is served and protected by the clause, and, second, whether, assuming such an interest to exist, the provision made for the interest is nevertheless in the circumstances extravagant, exorbitant or unconscionable. In judging what is extravagant, exorbitant or unconscionable, I consider... that the extent to which the parties were negotiating at arm's-length on the basis of legal advice and had every opportunity to appreciate what they were agreeing must at least be a relevant factor.”

"I therefore conclude that the correct test for a penalty is whether the sum or remedy stipulated as a consequence of a breach of contract is exorbitant or unconscionable when regard is had to the innocent party's interest in the performance of the contract. Where the test is to be applied to a clause fixing the level of damages to be paid on breach, an extravagant disproportion between the stipulated sum and the highest level of damages that could possibly arise from the breach would amount to a penalty and thus be unenforceable."

Taking these important authorities into account, Sir Michael held that:

1. The parties were both represented at the time (and still) by sophisticated and experienced lawyers, and were themselves substantial commercial operators in the aircraft industry with a long-standing commercial relationship, and with clearly comparable bargaining power. Issues were raised by De Havilland in the evidence as to the price for the aircraft being, on its case, particularly favourable to Spicejet, and as to the frequency of liquidated damages or forfeited deposit clauses in the aviation industry.

2. Spice Jet had every opportunity for advice, and indeed the opportunity to use its own experience, before agreeing, as it did in Article 15.4 (c), that "such liquidated damages do not constitute a penalty and are a reasonable and agreed amount of the anticipated or actual harm or damages to be suffered by [the Claimant] as a result of or in connection with Buyer's default".
3. Spicejet had not begun to satisfy the English court that the “strong initial presumption” referred to by Lords Sumption and Neuberger in Cavendish that “the parties themselves are the best judges of what is legitimate in a provision dealing with the consequences of a breach of contract” should be ignored.
4. No evidence was appropriate as to the actual loss suffered in considering whether the liquidated damages clause was enforceable. The whole purpose of a liquidated damages clause is to avoid the expense and time incurred in calculating the actual extent of loss, and mitigation is only relevant to estimating anticipated loss.
5. Spicejet had not even come close to casting doubt that the liquidated damages sum falls below the "highest level of damages that could possibly arise from the breach" as Lord Dunedin’s test required. What Spicejet was paying for each of the 25 aircraft was approximately US$ 20m (plus contractual price inflation) with pre-delivery payments due for each aircraft. 12.5% for liquidated damages was not surprising (and was agreed between the parties at the time) in respect of such highest possible loss: if an aircraft were manufactured, it might not be resold at all, or be sold at a considerably lesser price even after steps to mitigate, and not without substantial expenditure in respect of changing the specifications, and marketing, and after storage and depreciation: and if some were not manufactured, the opportunity of sale of those aircraft to other purchasers would be lost, at a considerable cost of loss of profit and wasted overheads, and the relevant manufacturing slots would have been wasted. The purpose of having a liquidated damages clause by way of pre-estimate of loss is to avoid the need to await and calculate the actual loss, and to insist on that very calculation being done in order to justify the pre-estimate wholly destroys the point. That is why the assessment by the Court is whether there is an exorbitant or extravagant pre-estimate. Spicejet had not made any attempt to cast doubt on the realistic nature of the estimate of loss, which was agreed at the time.

Key Take Away Points for the Superyacht Industry

The judgment in De Havilland Aircraft of Canada Limited v Spicejet Limited [2021] EWHC 362 (Comm) neatly summarises and reminds those drafting liquidated damages and deposit forfeiting clauses of how the English court is likely to deal with any disputes relating to the enforceability of such clauses, namely that:

1. There is likely to be a strong initial presumption in favour of finding that the sums of liquidated damages or deposit forfeit sum agreed between the parties at the time of contracting for breach of a specific provision of the contract is an acceptable amount;

2. Where the parties (i) negotiated the relevant contract with the assistance of sophisticated and experienced lawyers; (ii) are/were of comparable bargaining power; and/or (iii) had an opportunity to appreciate and understand what they were agreeing to, the court is likely to take these factors into account to the detriment of the party asserting that the liquidated damages or deposit forfeit clause should be held to be unenforceable; and

3. The amount of the actual loss suffered by the party claiming liquidated damages is unlikely to be considered in much detail by the court, unless it can be shown that the amount is extravagant, exorbitant or unconscionable. In determining whether such a sum is extravagant, exorbitant or unconscionable the court will have regard to point (2) above.

I believe it is also safe to conclude that the fact that De Havilland and Spicejet had expressly agreed that “...such liquidated damages do not constitute a penalty and are a reasonable and agreed amount of the anticipated or actual harm or damages to be suffered by Bombardier as a result of or in connection with Buyer’s default.” was of material relevance to the court.

For those in the Superyacht industry involved in drafting and negotiating liquidated damages or deposit forfeit provisions, the three key take away points in the writer’s opinion can be summarised as:

1. Be sensible and proportionate when negotiating the amount of liquidated damages payable for specified breaches of contract and/or the amount of deposit to be forfeited. Securing disproportionate or exorbitant sums for breaches of contract or failure to perform may feel like a contractual ‘win’ at the negotiating table, but in reality, it creates a situation where the clause may be struck down by the court and held to be unenforceable; and
2. Draft liquidated damages clauses with care and attention – the language used can be important;
3. Where parties agree in a contract that a sum payable as liquidated damages and/or as a deposit forfeit is reasonable, it will be difficult to persuade the court otherwise.

Become the norm, rather than the exception

The Pacific: an untapped resource