SuperyachtNews.com - Business - Greece's cruising tax: what was the impact?

Greece's cruising tax: what was the impact? 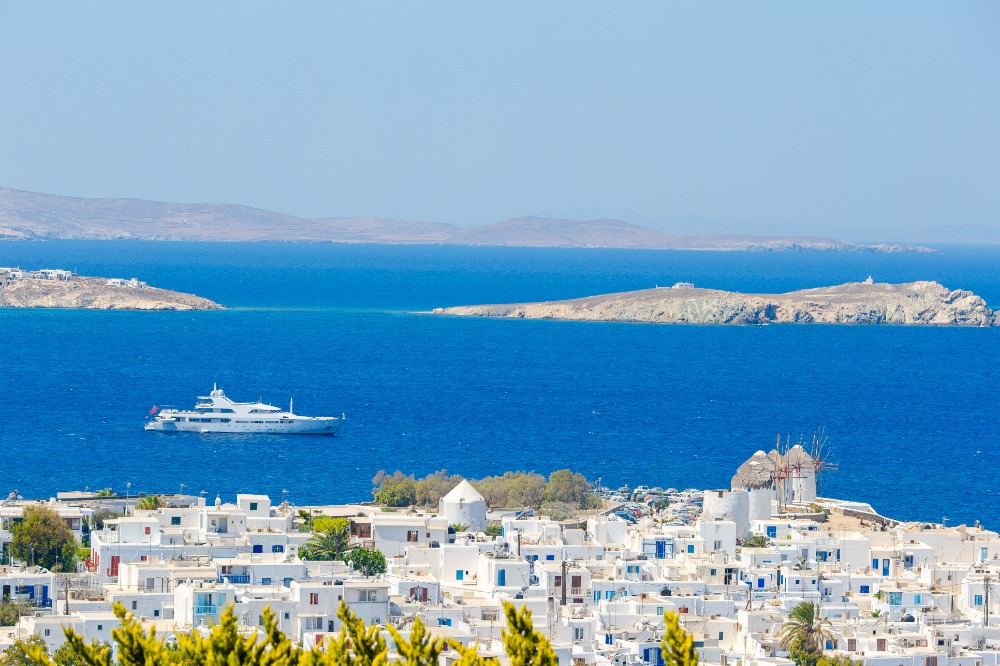 In May 2019, the Greek government implemented a new cruising tax, called the TEPAI. First proposed in 2014, its introduction was beset with issues from the outset, including a lack of any method of registering or paying the tax. The tax applies to vessels over 7m and is payable prior to or upon entry into Greek waters at a monthly rate of eight euros per metre (for yachts over 12m). More information about the tax is available here.

With Greece an increasingly popular superyacht destination, many of the local yachting community were concerned that the tax might act as a deterrent to visiting superyachts. Having now been in force all summer, however, the tax seems to have been largely accepted by captains and owners due to the fairly insignificant rate applied and the prior warning that was given.

“When the cruising tax entered into force, we were initially worried about the impact it might have on visiting yacht numbers, but we have found that nobody has complained about it...”

“When the cruising tax entered into force, we were initially worried about the impact it might have on visiting yacht numbers, but we have found that nobody has complained about it,” comments Victor Kalauzis, agency manager at G&K Yachting. “Some yachts even paid for a number of months ahead of time.”

Mike Brewer, agency manager at A1 Yachting, agrees that no yachts have been discouraged by the tax. “The newly-introduced tax proved to be more of a confusion than an objection to visiting yachts, as well as a lot extra work for their agents,” he adds. “The only hitch encountered was when vessels confirmed the payment to be made and then had a change of orders, payment could not be reclaimed from the government. Generally speaking there was no objection to the tax; yachts were advised well in advance so they knew what to expect but had to be reminded close to the end of each month for the upcoming month’s payment.”

In terms the impact on visiting superyacht numbers to Greece during the 2019 summer season, there appears to have been none. In fact, A1’s port arrivals data showed an increase in superyacht arrivals of 10.75 per cent compared to 2018. Popular destinations within Greece remained much the same, with Corfu, Athens, Mykonos, Cephalonia and Rhodes being the major destinations. According to the data, there was a 10 per cent increase in superyacht arrivals in most destinations compared to 2018, with the exception of Crete showing a 50 per cent increase.

While the implementation of the cruising tax may have had little impact on the 2019 summer season, charter regulations introduced in 2018 continued to inconvenience charter yachts with cruising itineraries in Greece. These regulations require commercial yachts not in possession of a Greek charter licence to both embark and disembark charter guests outside of the country.

While the implementation of the cruising tax may have had little impact on the 2019 summer season, charter regulations introduced in 2018 continued to inconvenience charter yachts with cruising itineraries in Greece...

“There was a lot of uncertainty in 2018 as to how to obtain this licence,” explains Brewer. “We advised customers of the procedure and costs involved and this resulted in a significant number of charter licences being issued to both EU and non-EU registered commercial yachts, thus entitling them to the same rights as those of a Greek registered commercial yacht. The only complication that has arisen after issuing the licence is that EU crewmembers are obliged to be in possession of an A1 form, which is an EU form issued by the Government in their country of residence or employment and is proof of their social security contributions.”

For those yachts without the charter licence, it meant limited and inflexible itineraries. “In order to comply, most charter guests have been flying into Corfu and getting a tender to Saranda port in Albania to join the yacht and start the charter,” advises Kalauzis. “We don’t think it is deterring yachts from coming to Greece – if charter guests want to come to Greece they will – but it is an unnecessary inconvenience. It is, however, deterring charters with a limited duration that cannot enjoy the full beauty of Greece since they need to estimate their return out of Greece in order to disembark.”

Spain's ‘charter licence’ process to be simplified and unified