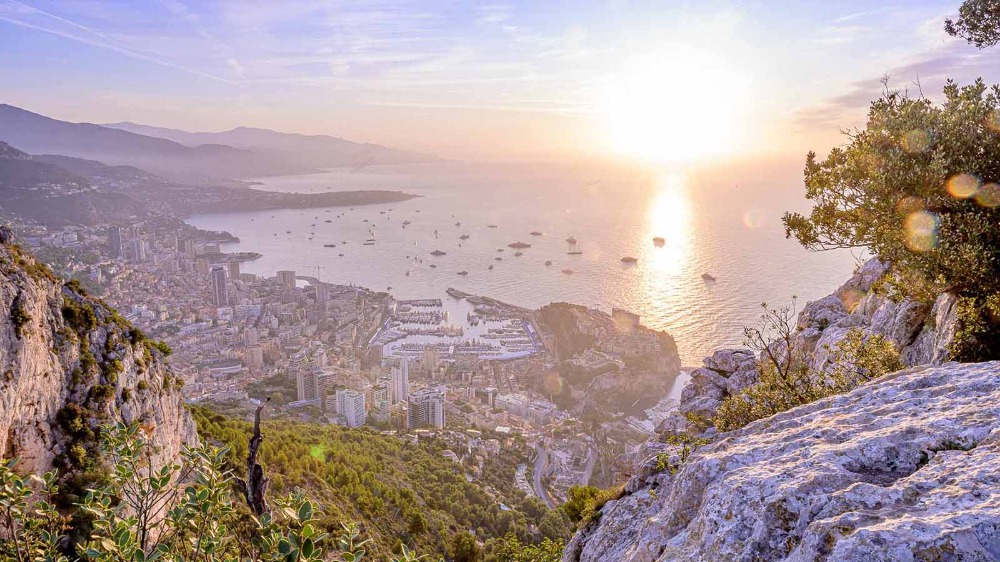 Following an official statement to the media from the organisers of the Monaco Yacht Show and its parent company, Informa, confirming that the show will go ahead as a not-for-profit event from 23-26 September, SuperyachtNews spoke to the event’s managing director, Gaelle Tallarida, to ascertain what form the industry’s traditional 'blue riband' event will take this year.

The show has come under more scrutiny in the wake of COVID-19 than at any other time in its history, ironic considering it was supposed to be its all-singing, all-dancing 30th anniversary this year. But unprecedented restrictions on movement, issues with close proximity of people and a catastrophic market plunge have all conspired to challenge the legitimacy of the events calendar, and from the moment the principality was ‘locked down’, questions arose about whether the show could go ahead.

The most decisive twist in this saga was the withdrawal of both SYBAss and LYBrA in mid-May, a story broken worldwide by SuperyachtNews, so it was inevitable that the organisers would need to move to reassure existing and potential exhibitors as to the show’s viability.

But what is immediately apparent, under what has been a relative barrage of scrutiny of late, when speaking with Tallarida, is how impassioned she is about the show’s contribution to the general market’s prosperity, as well as the collaborative form it takes between organisers and exhibitors.

“I am optimistic,” she says. “We know it is going to be a small show… but I am not going to take local, small businesses to exhibit just to fill the show… the selection criteria will remain the same. The quality that has [developed over the last 30] years is, of course, due to the strategy, but also due to the industry; it’s a partnership.”

Of course, while the demographic may remain the same, with such stringent rules on person-to-person contact likely to be prolonged into the autumn, it begs the question; how many visitors and exhibitors can be accommodated around the harbour perimeter at a show that usually attracts north of 30,000 people? Tallarida acknowledges that, at this time of year, it is hard to say what the final exhibitor and visitor total will be – an uncertainty even more pointed because of the current pandemic. But she says she has been in touch with many exhibitors in the week this article is published to allay fears.

“I am a realistic person, and people may be thinking ‘they are crazy; how can the show possibly go ahead?’ But it is in four months’ time. I’m aware that all exhibitors have been touched by [the impact of the virus], and there will be some who have their own reasons for not attending and some exhibitors that have their reasons for attending.”

It is here, Tallarida’s passion comes to the fore, explaining that her team are not simply selling exhibition space; they are a facilitator of the industry’s growth in prominence and visibility, offering historical examples such as the development of the luxury element of the show, as well as adapting its times to allow clients privacy of viewings. These are examples, she says, of the show’s position as an industry partner, rather than a separate entity. And the show being a sum of all its industry parts, is a point she revisits often.

Practically speaking, Tallarida says the team is working on the show’s constituent parts to see to what extent it can retain its traditional on-water/exhibition tent balance, in line with the local administration’s guidance. Of course, this is a very fluid situation, and one can understand the inherent challenges with organising such an event while circumstances change on a daily basis.

“…with fewer exhibitors, the show won’t be spread out across the entire harbour, that’s for sure”, Tallarida clarifies. “But, say the show is only 60 per cent of what it was, in terms of exhibitors, it won’t be 60 per cent in size; it will be larger… Imposing the strict [social distancing rules] is obviously the key topic at the moment.”

The show has labelled itself ‘not for profit’ this year, and in practice, Tallrida says this will comprise covering its costs, in order to break even but not operating at a commercial profit this year – a benefit that should be passed on to those who do exhibit or attend.

And while the organisers do want to affirm the show’s staging, there is of course, still a fraction of jeopardy surrounding ‘second spikes’ and ‘reintroductions of lockdown’ that the organisers must be wary of.  “That’s why we have indicated to the exhibitors that, if the pandemic is evolving badly in July, the very last deadline for cancelling the show will be July 20th. At that time exhibitors will be able to cancel, and of course be refunded or have [their exhibitor fee retained] for next year.

Our own Chairman, Martin Redmayne recently made a fairly radical proposal about what a future Monaco Yacht Show could look like, and I thought it worth asking Tallarida what her views were on such a prospect.

“Of course, we appreciate the suggestions…but we have done a lot of work on [such concepts] over many years and there is an obvious reason [within the text] why it would not work.”

We concluded our conversation on a poignant note. Acknowledging that many in the industry have used this crisis as an opportunity to air their views on the show and its value proposition, Tallarida concluded by saying, “Of course, it’s for the market to decide where to invest, but at Monaco every exhibitor is free to decide what they promote – in terms of product, but also in terms of physical presence. We never force any exhibitor to take [a minimum amount of exhibition space].

“The show has evolved because of their requests and demands and, as the show organiser, we have to listen to them…and we do talk regularly to all the exhibitors. We have been doing it for 30 years and we will work on it in the future. I know they sent [SuperyachtNews] a letter but I’m not sure what they want to destroy; it’s their platform…and who can blame us for trying to find a solution for the industry? It’s the role of the show to [demonstrate] our commitment to this industry more than ever, especially during this crisis.”

The future of the Monaco Yacht Show