A new senior team at Benetti 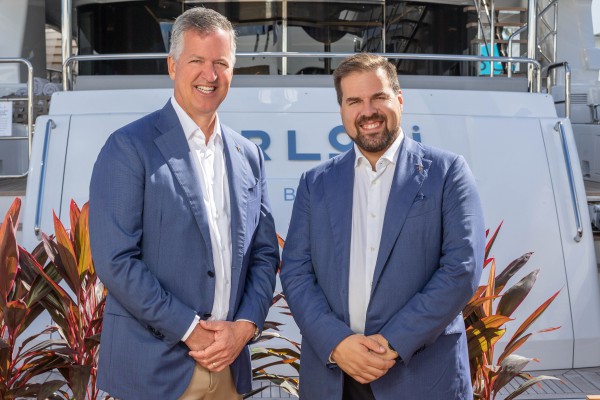 Benetti has announced a number of new appointments to its senior team. In September of this year, it was announced that Vincenzo Poerio – after 25 years in the role – was stepping down. Franco Fusignani was confirmed as his replacement.

Joining Fusignani on the senior management team is Sebastiano Fanizza as the new chief commercial officer, Roberto Corno as vice president of Benetti sales for CIS and eastern Europe, and Nick Bischoff, as country manager for Benetti Americas.

As the superyacht division of the Azimut | Benetti Group, the company has reported a hugely successful year, with the Group announcing last month that it had “closed the accounting period with the value of production estimated at €850 million" (an increase of 18 per cent on the previous year). Benetti reported 68 orders in the 24 to 40-metre size range, with 14 yachts sold in the last six-month period with a total LOA of 570m. The yard is also expected to deliver the world’s largest hybrid yacht in the coming months.

According to the shipyard, Fusignani’s role will be focused on a development programme for Benetti’s commercial strategy and brand positioning within the market. Bischoff aims to “strengthen the brand’s presence” in North, Central and South America. “Benetti will continue to pursue its tradition of excellence, with a management team strengthened by professionals of proven management experience and skill and multiple unique projects in the pipeline,” said Paolo Vitelli, owner of Azimut | Benetti in a statement from the shipyard.

Benetti has consistently been recognised as the most prolific superyacht builder in the market. As detailed in The Superyacht Annual Report: 2018, Benetti delivered a total of 57 superyachts, with a combined LOA of 2491.9m. The yard currently has 24 projects listed as in build, with a cumulative LOA of 1252m.