A lack of good-quality inventory might be a thorn in the side of brokers in 2018.… 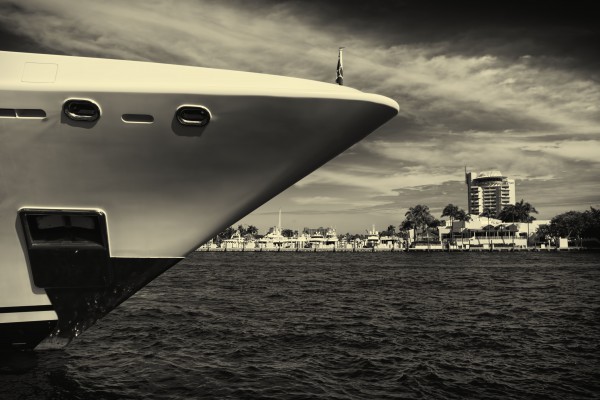 It might sound somewhat defeatist, but it has become all too recurrent that our Januarys are spent trying to sugar-coat the nosedive in worldwide superyacht deliveries from the year before. And yet again, this trend is a key takeaway among the many revealed in The Superyacht Annual Report 2018: New Build.

With deliveries having halved since 2008, and dropped by a third since 2012, it’s not so easy to cast the market in a positive light. However, every cloud has a silver lining and I, for one, am more optimistic about this year than I have been in years gone by.

This is because of two prominent statistics: firstly, the ‘new build ledger’ – which amalgamates deliveries, launches and in-build yachts – has grown by 120 yachts since 2013, and this is despite being the subject of a frustrating annual decline in deliveries.

And secondly, according to The Superyacht Intelligence Agency’s data, brokerage sales in 2017 were up 8.6 per cent on 2016. So, for the third consecutive year, we have seen an incremental increase in sales.

“We are optimistic about the market over the next 12 months,” said Richard Lambert, head of sales at Burgess, “and as the available build slots in the shipyards diminish, we will see a stronger performance in the brokerage sector”.

Brokerage sales in 2017 were up 8.6 per cent on 2016. So, for the third consecutive year, we have seen an incremental increase in sales.

However, under current market conditions, an uptick in demand will not necessarily translate into more yacht sales. This is because many brokers are remarking on the market wearing thin of good quality brokerage boats, and thus, making supply to the market a key battle for brokers in 2018. Superyacht broker, Glynn Smith, of Denison Yachting, said it’s about “finding those opportunities before they go on the open market”, however he acknowledged that this is easier said than done.

Mike Busacca, COO of Fraser, highlighted that it’s the larger yacht sector where there are fewest options – he attributes the “dramatic decrease” in the sales of 60-70m brokerage boats as being “more to do with a lack of inventory than a lack of demand”. Lambert’s feedback was similar – he described the 50m+ market as being “comparatively more sluggish” than the sub-50m segment, which he thought demonstrated a “strong performance”.

Michael Payne, managing director Europe of Northrop & Johnson (N&J), said he “strongly believes” that there will be a shift to a ‘seller’s market’ in the 50m+ brokerage sector in 2018, due to the lack of options. He mentioned that the N&J charter fleet is already seeing the pendulum swing in the favour of sellers, with strong demand and significant bookings already for charter holidays in 2018.

Busacca clarified that the strongest market growth – for brokerage sales – in 2017 was in the 40-50m segment, which Fraser recorded as having had a 37 per cent growth on 2016. Fraser also recorded a much-improved growth of 13 per cent (from 2016 to 2017) for the sailing yacht sector, which in fact trumped the 8.6 per cent average market growth rate.

"Consumer confidence is at a 17-year high."

Smith put the progress seen in 2017 down to the strength of the US economy. He said it’s been “nothing less than a remarkable year” and that “consumer confidence is at a 17-year high; the real estate market is healthy and the Dow [Jones Industrial Average] keeps climbing. The Bitcoin activity is also a strength and has helped us to close on both sales and charters”. Smith expects the upturn in activity to continue into 2018, with current owners eying up newer yachts, and previous owners contemplating returns to ownership.

Payne expects that the current economic climate and recent tax reform bill in the US are likely to further strengthen the demand for luxury items, as disposable income for top earners continues to rise. However, he mentioned that geopolitical unrest is, of course, a threat to the market’s positive trajectory. “Uncertainty is not particularly friendly to luxury industries such as yachting,” he said.

For the most comprehensive presentation of fleet data in the market, sign up to The Superyacht Intelligence Business Package, which includes The Superyacht Annual Report 2018: New Build.

What does on spec building mean to the industry?

In conversation with Michael Payne