SuperyachtNews.com - Business - What does on spec building mean to the industry?

What does on spec building mean to the industry?

An office debate leads to speculation over a common build strategy, and the meaning of the word 'spec'… 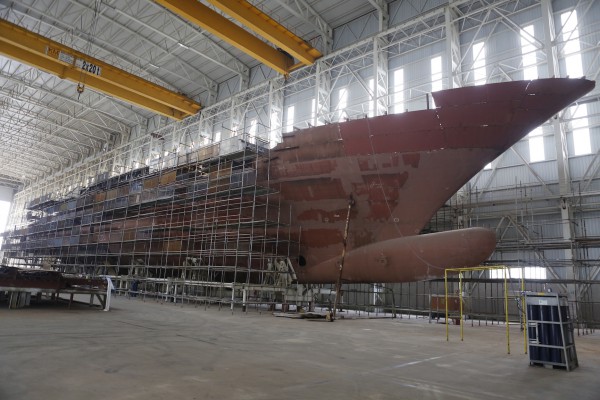 There’s a bit of a debate floating around the office today. It’s not about which Christmas hits compilation to play on this, the first day of December, nor is it about the reasons for the Arctic temperatures that appear to be ravaging London. No, today an old favourite has resurfaced – on spec yacht building.

The debate actually stems from some confusion over what the ‘on spec’ part is short for. The office, it seems, is split, and from the various people we speak to in the industry this split appears to be far wider than we first realised. There are two camps of thought – the first is that it stands for ‘on speculation’ referring to the practice of commencing a build speculatively; the other suggests that it stands for ‘on specification’, in other words being built to a base spec decided by the yard, while obviously also meaning that a build has started without a client behind it.

For me, the definition is clear, and I have always thought it stood for the former – that a yard would start the project speculatively (‘on speculation’). My reasoning is thus – every yacht, whether it has an owner or client or not, has a specification before building commences simply because it is a fundamental element of the design and engineering process. To start to build without a specification would be tantamount to gluing bits of mosaic onto a plaster base with no idea how big the resulting picture would be – or even what it would look like. No matter how simple or how elaborate, how economical or luxurious the finish, the specification will be in place. And it doesn’t follow – as one of my colleagues suggested – that ‘on specification’ could simply imply a base spec, because not all on spec yachts are built to a basic or generic template.

It leads, of course, to an interesting wider question. On spec building (whichever definition you adhere to) has always been part and parcel of our industry. The reasons for spec building can be numerous – it could be, for example, to keep the yard workforce ticking over when there is a slowdown in orders, or it could be to get ahead of the game and reduce build time, thus attracting potential clients who would prefer not to wait two to four years for their new yacht. It can, of course, present a significant risk – the financial investment can be heavy, with no guarantees of when a return will be made or what the future market might dictate in pricing when the yacht nears completion.

There is the added dilemma of how to finish the yacht. Do you go for a more generic spec that appeals to the widest range of tastes, or do you hope for a client by a certain point in the construction that allows for a degree of late customisation, particularly for the interior? Occasionally builders will go to the other extreme – either by building a very large yacht on spec, or by opting for a fully designed interior that feels more custom but which may only appeal to a small pool of potential buyers. The latter may seem the most risky proposition, but there have been notable successes.

None of this, of course, serves to address the ongoing argument about what ‘on spec’ actually stands for. If you have your own opinion, please do feel free to let us know (especially if it corroborates my own definition). And having written this piece somewhat on spec, I’m now off to chime in on the next office debate. Which, as it happens, is about what Christmas compilation to play…