The value of class: future fuels

Part of an interview series with its experts, Lloyd's Register outlines the landscape of zero-emission fuels… 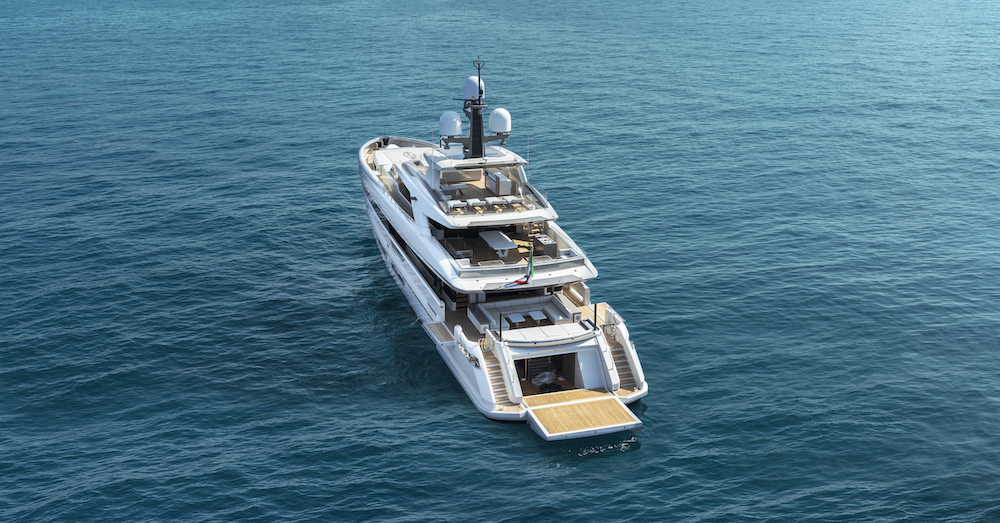 As stakeholders within the superyacht industry look towards a more sustainable future, alternative fuels will play a vital role in reducing the carbon footprint of these luxury giants. And the new build market is already making great strides in this regard, with many projects in the pipeline incorporating sustainable energy sources. In the fourth instalment of a series of interview with Lloyd’s Register experts, Charles Haskell, Maritime Decarbonisation Hub programme manager, and Engel-Jan de Boer, yacht segment manager, assess the current landscape of future fuels and offer projections for their use in a yachting application.

“When we consider historical energy transitions, such as from coal to oil, it has been a move to a fuel that was more abundant, cheaper, easier to store and, in many ways, safer,” Haskell explains. “But, when we look at emerging future fuels, none of these criteria exist. As such, there isn’t a natural progression to a particular energy transition and that’s one of the biggest challenges, particularly in terms of availability and safety.”

Setting out the scope of alternative fuels that are truly green, Haskell describes the main contenders as ammonia, biofuels, hydrogen and methanol. However, he acknowledges that some of these fuels have properties that render them unsuitable, or challenging, within a yachting application. For example, biofuels have a very limited lifespan if competing with other industries and the toxicity of ammonia may prove to be an undesirable risk for the yacht sector.

Methanol and hydrogen, however, do hold a lot of potential for the yachting industry as alternative fuels. While hydrogen has the benefit of being the cleanest of all fuel forms, other than electricity, it does have some inherent safety and practical implications for superyachts.  “The hydrogen molecule is very small, increasing the likelihood of leakage, combined with its ability to ignite and explode means safety must be paramount in design and operation, working with the correct partners from the project concept shall assist in mitigating the challenges,” continues Haskell. “Another challenge associated with using hydrogen as a transport fuel is the difficulty and expense associated with its storage. Liquid hydrogen occupies less space and has a higher energy density than hydrogen gas, but it must be stored at -253°C, so that poses a significant technical and cost challenge as well.”

Furthermore, liquid hydrogen requires a complex (off-site) production plant with insulated tanks for storage and a lot of energy is needed to maintain the cryogenic temperatures. A very real risk, therefore, is that the benefits provided by liquid hydrogen as a fuel may not offset the energy and expense it takes to produce, transport and store it.

Storing methanol is a lot easier and safer than hydrogen and methanol also has many different production pathways, meaning it could be one of the most readily available alternative fuels of the future. As de Boer explains, “Methanol can be produced completely carbon neutral from biomass or captured CO2, it contains no sulphur, can be stored in liquid form at atmospheric pressure and temperature and can be used in both fuel cells and combustion engines.”

Due to the highly technical process of removing the carbon molecule from methanol to transform it into its renewable form, however, it is very possible that this could be a more expensive route in the future. Furthermore, the impact of methanol on the design of a yacht would be relatively large – compared to diesel, approximately 2.5 times the amount of methanol is required for an equal range. Therefore, a significant amount of interior space would be occupied by the fuel tanks and the surrounding cofferdams, meaning that refitting existing yachts with methanol would not be feasible.

While both hydrogen and methanol present feasible alternative fuel options for superyachts, there are external challenges that also need to be overcome before these fuels can become more widespread. Firstly, fuel cell propulsion technology is still very much in development and there is a long way to go before fuel cells can rival batteries on yachts, let alone diesel engines.

The availability of these fuels is also currently a barrier, with a complete lack of infrastructure from which to source it. “While owners may be investing in the on-board technology, the issue is going to be the supply of these fuels,” comments Haskell. “And not just sourcing it, but also sourcing it from a credible source. Because both hydrogen and methanol can come from production pathways that are more damaging from a CO2 output perspective than heavy fuel oil. So, the danger is that an owner wishing to reduce their carbon footprint may adversely be doing the opposite.”

Last year, Lloyd’s Register set up its Maritime Decarbonisation Hub – with the primary aim of accelerating the sustainable decarbonisation of the maritime industry – and the Hub is hoping to address such barriers. Its Zero-Carbon Fuel Monitor is demonstrating to the industry how the barriers are being overcome, Transition Pathways studies are identifying viable routes forward and Lloyd’s Register’s safety experts are carrying out risk assessments to help make these fuels safe for use.

“We’re looking at solutions across the whole supply chain for these fuels, including the resources, production and storage ashore,” explains Haskell. “Our work can be shared with shipyards, operators and owners to understand the costs, benefits, opportunities and risks of potential pathways to decarbonise.”

Lloyd’s Register is also working with all the major players in the superyacht industry to provide both advice and assurance on the development of alternative fuels, as well as working with organisations such as The Water Revolution Foundation towards the establishment of a yacht environmental index, which will increase the awareness of owners and charterers of their environmental footprint. This means the classification society is not only analysing the energy consumption of yachts from a technical perspective, but also from a behavioural sustainability perspective.

Lloyd’s Register is currently involved with numerous superyacht projects featuring both hydrogen and methanol as a fuel source, either in build or in the development stage. While most of these projects feature hybrid propulsion systems, there are some on the drawing board that are zero-emission projects with no internal combustion engines whatsoever.

“It’s good to see that owners are willing to invest in the development of these technologies,” concludes de Boer. “With some of the owners and shipyards engaging in the development of alternative fuels, the superyacht industry is in a prime position to lead the maritime industry in a positive manner. The opportunity is now for the industry to ignite the conversation, show what is possible and demonstrate that it also takes responsibility for the sustainable ocean economy.”