The rise in retractable propulsion

Some high-profile sailing yachts have had chronic problems with retractable propulsion. Is it worth the trouble? 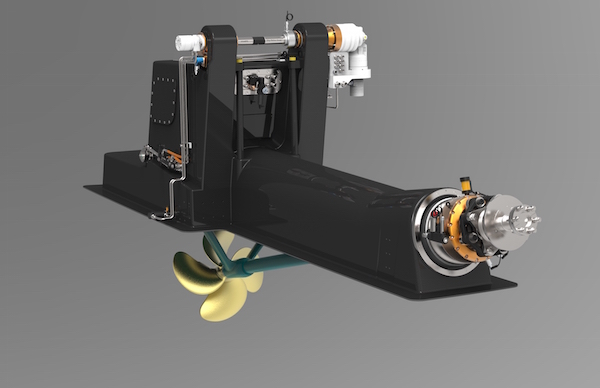 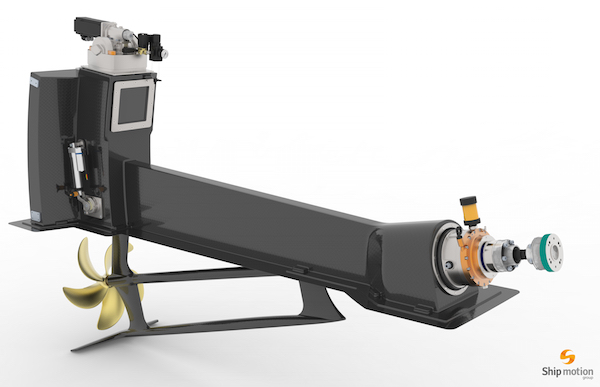 With maximum speed under sail being one of the key design parameters for performance sailing yachts, retractable propulsion systems (RPS) are being increasingly included on superyacht projects. As retractable systems reduce drag by retaining a clean, flush underwater hull shape when the propellers are not being used, this allows the yacht to reach higher speeds.

But a number of high profile sailing yachts have had chronic problems with their RPS, raising the question: 'are they worth the trouble?' “There is certainly a trend in retractable propulsion,” admits Andre Hoek of Hoek Design. “But these systems are more complicated and, therefore, more prone to trouble. As a result, many clients are of the opinion to keep propulsion simple.”

While these systems are much more complex, and so considerably heavier – they can weigh up to two times more than a conventional system for the same boat – Jan Bruggeman, founder of Ship Motion Group believes that they can offer the most efficient type of propulsion. “This means less engine power and lower fuel consumption, so you can counteract some of the weight added,” he says.

Another draw of RPS, is the propeller’s ability to spin, and act as thrusters. On board Hetairos, the new engines drive a completely new design of retractable thruster pods, which are shaft driven directly by the engines, resulting in a very efficient propulsion system. The drive-legs have the ability to turn 90 degrees, meaning they act as the boat’s stern thrusters as well.

Hetairos’ propellers, which have been custom-designed by Dutch propulsion consultants SIP Marine, are forward facing, meaning they pull as opposed to push. There can be significant differences in terms of efficiency and power in choosing a pulling versus pushing propeller with a more profiled drive leg, but such was not the case with Hetairos considering the limited amount of volume available for the leg to fold into.

With retractable propulsion systems, however, there are several factors that need to be taken into consideration before a decision is made for a project. “One of the main challenges with these systems is that the decision has to be made very early on in the project, at the design stage, because it consumes a lot of interior space and the designer needs to factor it into the layout of the engine room,” explains Bruggeman. “If you decide early enough, there are normally no issues with fitting it in.”

For Roland Kasslin, head of research and development at Baltic Yachts, the challenge is the added complication. "Even if the RPS system gives better performance under sail and better maneuvering properties since you can use it as a stern thruster, it will add another technical system,” he adds. And a RPS is a particularly complex technical system, which has thrown up engineering issues for many sailing yacht yards, designers and manufacturers.

Problems occur because these systems are being built to be as light as possible and it is just not strong enough to cope with the demands.

Because of the relatively new technology, there have been some considerable lessons learned in the engineering of a RPS. Problems can often arise when the system’s mechanisms are located too far from the engine room. “The things we have learned is to have as much of the service areas reachable from the inside, that means trying to have as much of the moving parts on the dry side,” advises Kasslin.

“The technology is improving all the time, and you can take down the dry weight of the system by improving on the material side, but the goal is all the time to focus on the technical side to make it even more reliable and avoid unexpected service.”

But Bruggeman cautions that another factor that influences the reliability of drop down propulsion systems is the weight. “Problems occur because these systems are being built to be as light as possible and it is just not strong enough to cope with the demands,” he says. “These systems need to be sturdy.”

Kasslin adds that the way that the drive leg is mounted to the hull is also very important in order to isolate the vibrations from the hull. “With a stiff carbon hull, the smallest noise is transferred throughout the yacht,” he advises.

On one hand this is due to the high costs of a RPS for a yacht of that size, but the main concern is that the systems at that size are still very much at prototyping level, which adds a lot of risk to the project. “A much smarter solution would be to go to the commercial thruster suppliers,” Bruggeman recommends. “Why try something new when you can go with something reliable?”

So what about the future for retractable propulsion? Kasslin believes this will lie in electrical systems. “The possibility to isolate the drive leg vibrations from the hull in combination with having soft mounted generators with sound shields, gives the most silent overall system,” he explains, adding that with electrical Permanent Magnet machines developing all the time, weight will be coming down and power going up.

“All sailing yachts will have retractable propulsion in the future,” predicts Bruggeman. “It will take a few more years as the technology is still relatively new, but as soon as everyone is confident with the solutions available, we will have them on 80ft sailing yachts and upwards.”

Retractable propulsions systems are only in their second generation. With still so few projects with a successful RPS out there, little has been spent trying to develop very complex systems. But the bugs are gradually being ironed out and soon the pros will outweigh the cons.

Palma: the epicentre of superyacht sailing