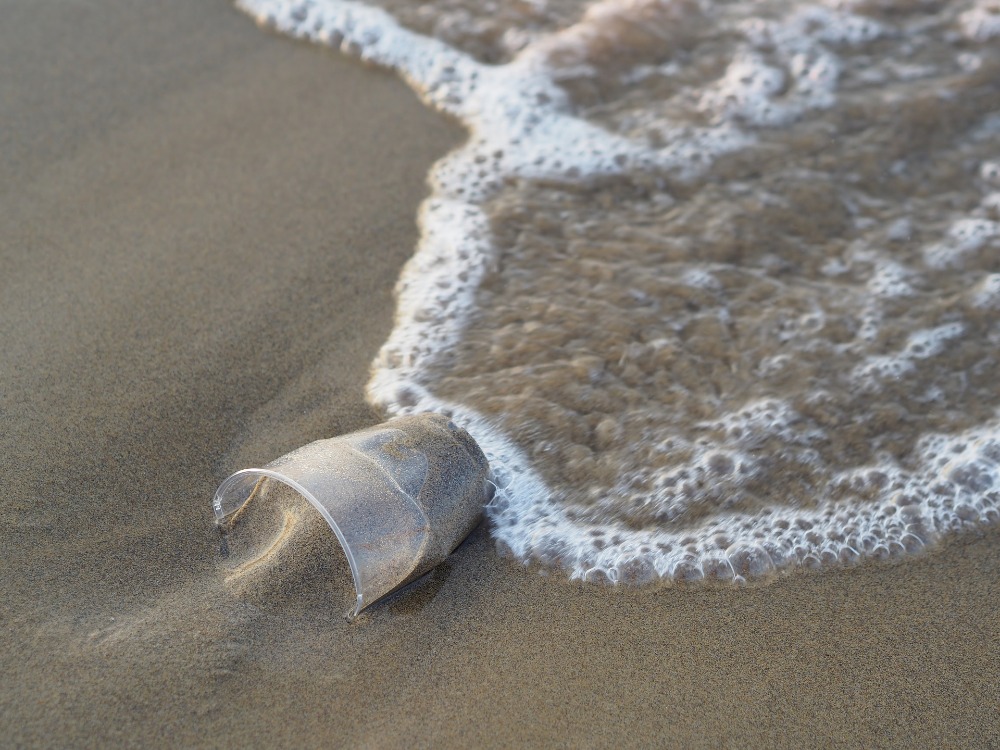 Oceans are our life blood. They feed us, regulate our climate and generate 50 per cent of the oxygen we breathe. They provide a playground for our recreation and are the foundation for much of the world’s economy. More than three billion people rely on oceans to provide jobs and livelihood. By 2030, it is estimated that the ocean economy could be worth three trillion US$. As important as they are to human life, our oceans are under a severe threat from human activity, manifested in plastic pollution.

After its invention in the late 19th century, plastic production began to scale up in 1950. Since then, around 10 billion tons have been produced, of which more than seven billion tons have already become discarded as waste. It is estimated that between five and 14 million tons enter the ocean each year from coastal regions alone. Regardless of whether the plastic entering our oceans began as fibres from our clothing or are the result of fragmented pieces, the small plastic particles known as microplastics have the largest potential to damage our oceans, its inhabitants and ultimately humans.

Current technologies aimed to clean the ocean of plastic pollution fail in tackling the root cause of the problem. In Victoria’s inner harbour, microplastics can turn up visibly as tiny pieces of Styrofoam sticking to pillars and fibreglass hulls, but in most cases, they are not even visible to the naked eye and go much deeper than the surface of the water.

What is the solution to such a complex, global problem? Stopping plastic entering the ocean is the most viable action to the problem. To achieve this, governments and environmental agencies need a significantly greater amount of data. As valiant as the efforts are by scientists and environmental foundations to generate this data, the sheer magnitude of the problem is overwhelming. One approach that can significantly increase the amount of data available is to engage superyacht owners to utilise their vessels as ocean sentinels, performing microplastic analysis as they circumnavigate the planet.

One approach that can significantly increase the amount of data available is to engage superyacht owners to utilise their vessels as ocean sentinels, performing microplastic analysis as they circumnavigate the planet.

Victoria International Marina (VIM) has teamed up with Ocean Diagnostics, a Victoria-based microplastic-focused technology company, to do exactly this. As part of our new partnership, we have set out a three-phased project. The first phase will both test Ocean Diagnostics’ technology and monitor long-term microplastic pollution in the harbour, while the second phase will form partnerships with a small number of forward-thinking, environmentally engaged superyacht owners to become part of an early adoption group. This exclusive group will participate in the development and testing of microplastic technology for superyachts. The final stage will open the technology on mass to superyachts, developing a global network of ocean sentinels to generate high-impact ocean data.

VIM was developed under a strict set of values deeply rooted in the eco-conscious lifestyle the Pacific Northwest is known for. Strategically positioned at the beginning of the Pacific marina cruising corridor and inside passage, the marina serves the luxury-yacht community as both a kickoff point and a centre of knowledge and service when planning a West Coast cruising experience. So much of what this region has to offer is related directly to the supernatural beauty of its unadulterated coastline and the lifestyle that it supports.

Technology will play a powerful role in lessening our impact on the coastal and ocean environment and marinas like VIM can play an important role. Home to several world-leading technical organisations and their extensive support networks (for example giants Microsoft, Amazon and Boeing), the Pacific Northwest region is one of the world's largest tech centres and a natural place to develop and test ocean- conscious tech. Victoria International Marina sits dead centre in the region and is a hub for showcasing new tech to the greater marine business committee; after all, the largest market for new yachters are the same executives of the tech companies that invest and produce such tech. Being tech developers and investors they have a natural interest in seeing their passions mesh with their recreational time.

Having recently hosted the world's largest eco-fashion show (VIM Future Oceans, which was focused on awareness, solutions and support to the ocean plastic pandemic) the team at Ocean Diagnostics was a natural fit. The marina also works in partnership with local universities and colleges that run innovation and product development programmes, where government and private sector funding supports collaborative learning and development spaces that help bring new ideas to life. An example is a new moveable marina design that operates independent from shore and houses any number of amenities including helicopter landing space, accommodations, shared dining space, tender docking and provisions. The design is currently being worked on by Greg Marshall Naval Architects Ltd and Camosun College and promises to be a true employment of innovative marine technology.

Ocean Diagnostics develops revolutionary technology to advance microplastics research. Its technologies incorporate bespoke engineering with 3D printing, artificial intelligence, analytical chemistry and big data to enable discovery and diagnosis. “Such ground- breaking technologies will enable us to investigate new threats and depths otherwise inaccessible so we can make new discoveries on the health of our oceans,” says Dr Dean Wenham, CEO and co-founder of Ocean Diagnostics.

One to One: Craig Norris