Upgrading AV/IT systems on board

What are the challenges inherent within AV/IT integration during a refit project and how can the process be optimised? 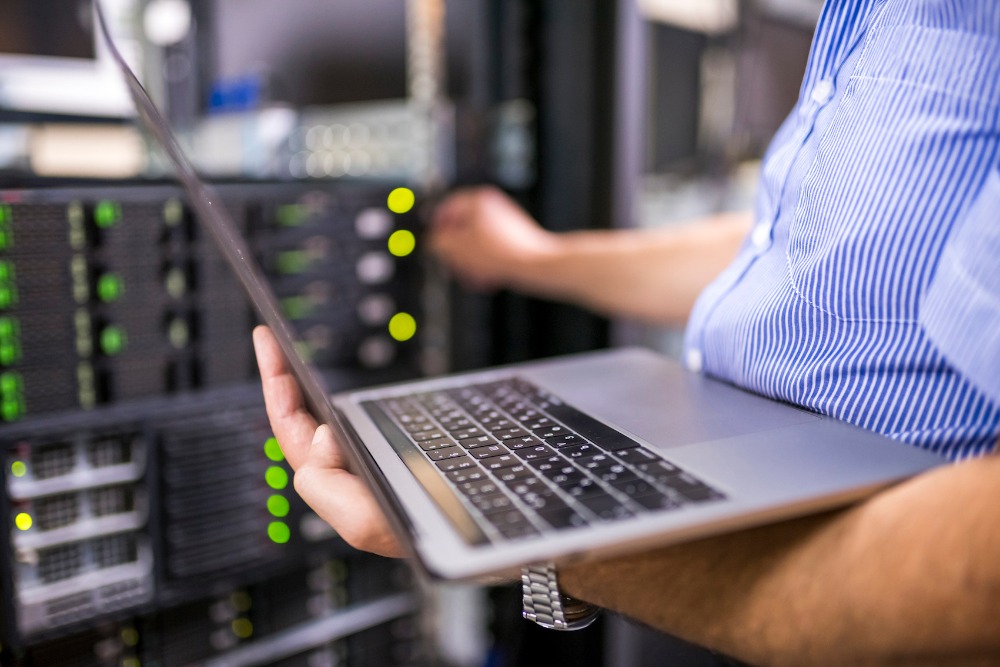 Technology in the AV/IT sector is evolving at a rapid rate and pressure is increasing for yachts to use refit periods to significantly upgrade their systems to benefit from the latest developments – at least until the next major refit. However, compared to new-build projects, refits are quite different in format, can have a knock-on effect on the overall success of the installation and, therefore, throw up different challenges for AV/IT integrators.

The first major challenge concerning AV/IT installation during refit projects in comparison to new builds is the compressed timeline. Depending on what the client wants to achieve, the few months that are scheduled for some refits are often not long enough for an AV/IT system overhaul. However, Chris Hinder, senior project designer at Ideaworks, believes there are certain steps that can be taken to make any AV/IT installation more efficient.

“We can get a head start on any refit by being involved early on, ahead of the actual refit period,” explains Hinder. “Refit schedules can be tight and if we can agree a scope of works and a quotation there is no reason why we cannot complete the design and procurement phase of our works before the yacht arrives at its refit yard. Doing what we can ahead of time really maximises what we can achieve during the refit.”

Another factor often overlooked at the planning stage is the need for adequate cooling and ventilation – the latest AV/IT systems create a lot of heat so will have a knock-on effect on the overall cooling and ventilation of the boat. “Having sufficient cooling and ventilation for the AV/IT system is a crucial factor in a reliable system,” adds Hinder. “In a refit scenario, it can take time for an HVAC contractor to add cooling units to their system. To speed this along, we produce heat output information for any rack area to allow specialists to calculate how much cooling is required.”

The latest AV/IT systems create a lot of heat so will have a knock-on effect on the overall cooling and ventilation of the boat...

The other important element for integrators comes at the end of the refit project when it’s time for the commissioning phase of the installation. Compared to new builds, which are entirely the responsibility of the shipyard, refits are often managed much more by the crew. This means that if the yacht has had a big AV/IT installation, it can be overlooked that once everything is finished in the interior, crew have to allow time for the yacht to sit while troubleshooting takes place. Because of the shorter timescale of refits, integrators may not have had the opportunity to pre-build the system, so the first time the finished product actually gets tested is when it is all plugged in on board. All this means integrators are at the mercy of other contractors and works being finished on schedule, and makes a planned commissioning period during a refit project particularly important.

“AV/ IT equipment is sensitive to dust and should only be installed once any messy work has taken place, which means that the interior needs to be finished before any in-room hardware gets installed,” advises Hinder. “We work alongside interior outfitters as much as possible, but there is always some installation for us to do once the interior is completed. It is only once all AV/IT hardware is installed that we can begin our commissioning phase when we need to turn all the AV/IT systems on, test them and fix any problems. In a new-build scenario, we prefer to build the AV/IT system on land which gives us the opportunity to test it as much as we can before installation. This cuts down fault-finding during commissioning. Refits often don’t allow this if we are using some existing hardware, which is why the commissioning process is so important. We rely heavily on other contractors sticking to their timetables, as any slippage means we are unable to begin commissioning.”

A yacht going into a refit period could have various levels of AV/IT systems already installed and these can hold the key for integrators to ensure the client is satisfied with the new installation. Paul Cook, CEO of Fusion Marine Systems, considers a pre-sales or review meeting on board to be essential before starting a refit project. “One of the first questions we ask is about what the owner and crew don’t like about the current system because that often tells us more than asking what they want from a new system,” says Cook. “As a former yacht captain, I come from the user’s and operator’s perspective, and we also take on board a technical person and spend a lot of time looking at the current structure of the system.”

“One of the first questions we ask is about what the owner and crew don’t like about the current system because that often tells us more than asking what they want from a new system..."

The existing system structure can then be compared with the client’s needs for the new installation. The technician will be looking at the supporting backbone cabling, wiring, equipment and rack structure to gauge whether it is sufficient. “We don’t always just want to rip everything out and start from scratch. Instead, we try to examine what is already there that we can work with so that we can design a new system around the current infrastructure,” says Cook. “However, you can’t just plug in a 4k television on an old non-HD and non-4k system because you need to have the supporting backbone cabling, wiring, equipment and rack structure.”

By examining the existing structure on board, the Fusion Marine Systems team will try to find ways to reduce the company’s environmental impact as well as that of the yacht. This means, wherever possible, the reuse of serviceable equipment. One example of this occurred during a recent installation on board 59m motoryacht Helios, which had an old Kaleidescape video-on-demand system that was no longer capable of supporting the new 4K visual upgrade. So as not to waste it, the team retro-fitted it into the crew cabins to provide stand-alone DVD players at very little cost.

‘Future-proofing’ is often used as a buzzword when talking about AV/ IT upgrades, meaning the creation of a backbone system on board that can easily incorporate new developments in technology. For example, when upgrading TVs connected to a wider video distribution system, the cabling needs to be considered. “If you have a 4K TV on an HD system, it will only deliver a picture compatible with the system; the output is the lowest common denominator,” explains Hinder. “While you can have the latest TV, which will upscale an HD picture to 4K, you only get the full benefit if your cabling, video-distribution system and sources are all compatible.”

An ongoing issue for any owner wanting to future-proof their yacht during a refit is that no one really knows where technology is going. However, some actions can be taken to give the yacht the best possible chance at withstanding a technological revolution. Cook says one of these is to install systems and equipment from suppliers and manufacturers that are sure to be at the forefront of technological innovation for years to come. The likes of Samsung, Sony, Crestron and Cisco are good examples.

“Systems are becoming much more software-driven so that they can be upgraded using software updates as much as possible until the hardware eventually needs to be replaced.”

“These manufacturers have also started to realise that, in the past, they didn’t deliver on giving consumers adaptable systems,” adds Cook. “Now they have realised their fault and are starting to create systems that you are able to build on in the future. This means that systems are becoming much more software-driven so that they can be upgraded using software updates as much as possible until the hardware eventually needs to be replaced.”

Another good idea is to always build in redundancy into an installation so there is capacity to grow the system. “This means putting in additional cabling as this will be easier than pulling down deck-head panels and penetrating bulkheads to add more in at a later date, and ensuring there’s spare rack space as there will always be a need to add more equipment,” says Cook.

Samsung's The Wall featured on superyachts

Have your say on superyacht connectivity

The AV/IT skills needed on superyachts