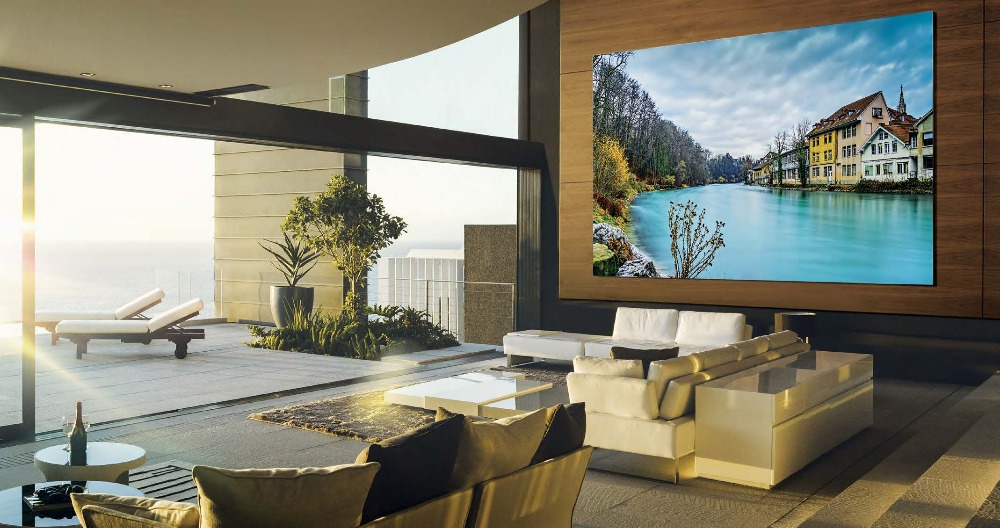 Advances in screen and display technology are coming thick and fast, and at this year’s Monaco Yacht Show owners and clients will be able to get a taste of the next generation of home entertainment with Bond Technology Management (Bond TM), on their stand AL13 in the Quai Albert 1er tent.

Bond TM has partnered with Samsung, who will be showing its new state-of-the-art home cinema display. The LED for Home display system comprises modular panels using Active LED tech that can be combined into any size screen to suit any space, while retaining full HD and ultra-HD capability. It means that customers can have the full cinematic experience on a premium LED screen, making it a perfect alternative to conventional projection systems for onboard cinemas.

“With large screens becoming more prominent on yachts and the technologies improving each year, we have seen this area become a specialist field within Bond TM,” says Will Faimatea, director and founder of Bond TM. “Working together with a premier company such as Samsung is an honour, and allows us to fully demonstrate the incredible in-house knowledge that we have gained at Bond TM over the past 12 years.”

“We have identified Bond Technology Management as the premier technology company in the yacht industry,” adds Damon Crowhurst, Samsung’s European business development director, “and we are pleased to be working with them as consultants to help us better produce products that suit the superyacht market. Bond TM’s pedigree in this industry stands out, and it is clear they have huge experience within this industry.”

Adds Zeb Robin, Bond TM's technical director: “The key things which excite us about the new MicroLED technology found in Samsung’s latest product are its breathtaking image contrast, and its modularity.  Until now in my career, I’ve not seen blacks so black and colours so vivid.  The modularity of the system also allows us to move beyond the limits of traditional television and cinema aspect ratios without sacrificing image sharpness.”

As well as being able to see the Samsung home cinema display on the Bond TM stand within the show itself, Ideaworks will also be showing The Wall from Samsung in their Monaco office during the show and Bond staff will be available to coordinate a viewing.

Image: Samsung's The Wall modular system allows for a cinematic experience with an LED display

Palladium: "TSF is the one event we place at the top of our list"