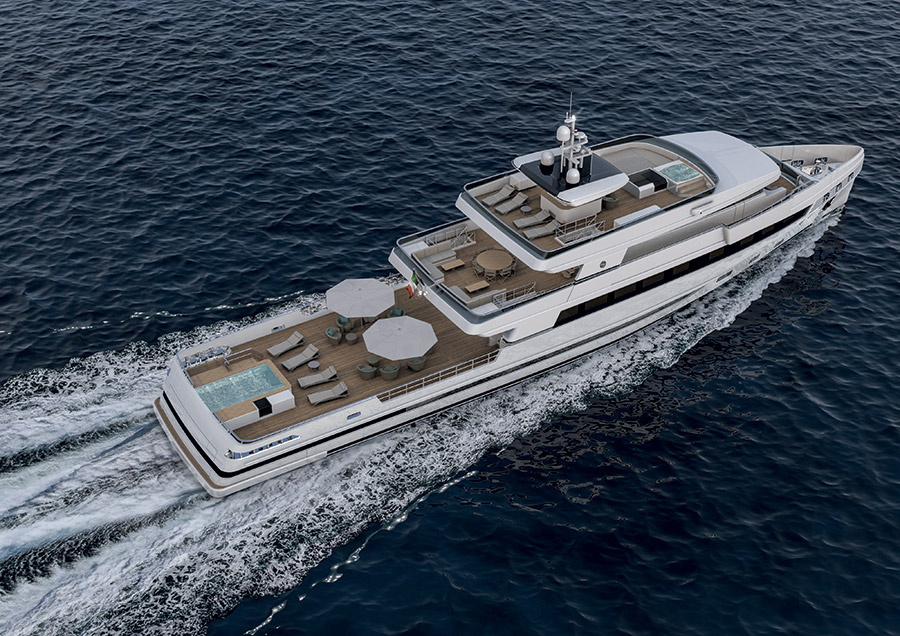 Working closely with the group’s research and development team, Rosetti Superyachts is introducing a remote control system based on a machine-to-machine (M2M) system, which takes a step towards autonomous navigation in the superyacht market.

It’s a term that is used a lot throughout the industry, but autonomous navigation in the superyacht market may no longer be the far-fetched concept it once was. The world is amid an autonomous revolution, with driverless cars becoming increasingly advanced, its introduction in the commercial shipping sector and now, potentially, the superyacht sector. But, while it will take a number of years before we can fully integrate the technology into our lives, Rosetti Superyachts speculates that “some commercial unmanned vessels may be at sea before the end of the decade and the logical conclusion is that superyachts will follow.”

This new remote navigation system, which Rosetti is calling simply, the ‘Remote Control System’, is based on a M2M connection system installed aboard a Lloyds Register-certified tug boat, called Giano. Introduced during the 2018 ITS Tugnology convention in Marseille, held in June, this pioneering technology enables the vessel to be manoeuvred from a remote console, using the same controls found on the bridge of the subject vessel. During the convention, this was demonstrated by Captain Carsten Nygaardm, who was able to control Giano from the stand, using the remote console.

Guaranteed by two internet encrypted tunnels, that ensure cyber security with a direct connection between the ship and the ‘remote bridge’, without the need to go through third party servers, the tug boat can be safely controlled with full access to the video system, the navigation, propulsion and engine room equipment.

Using the same logic, Rosetti Superyachts has claimed that “a yacht could also be manoeuvred without geographical limits by a senior officer located in a land-based office.” Here, the commands would be relayed to the land-based console by the captain on board the vessel; a route would then be entered; and the vessel would then be delivered to its final destination. All of this is monitored by a video system and night-vision cameras, assuring double control during navigation to avoid collisions. 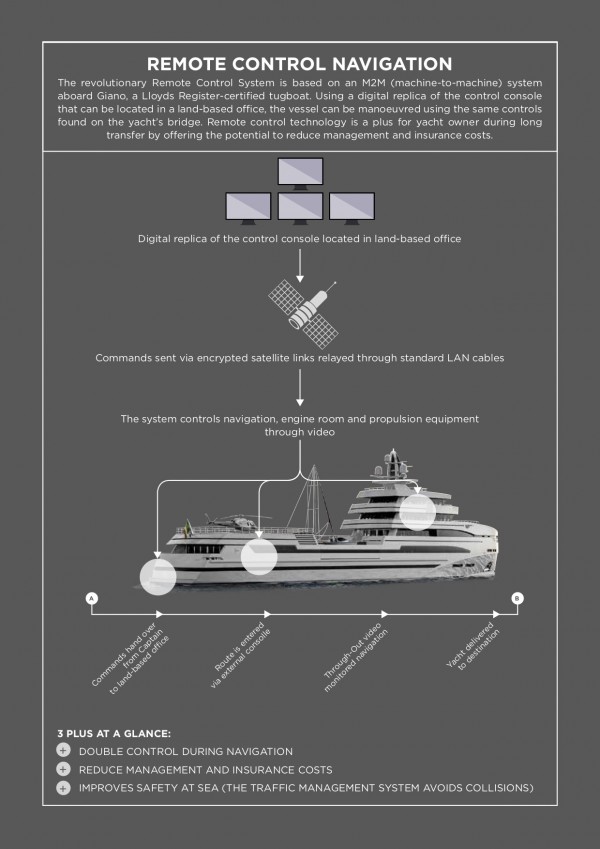 Although, much of the technology for autonomous vessels already exists, there is a need for a number of changes to current regulations, depending of course, on the level of autonomy permitted. In anticipation of autonomous vessels entering service, Lloyds Register has already published classification guidelines ranging from AL 1, which refers to ‘On-board Decision Support’, whereby all actions are taken by human operator, but decision support tools can present alternative options, such as routes to the crew, to AL 6, which is fully autonomous with unsupervised operation.