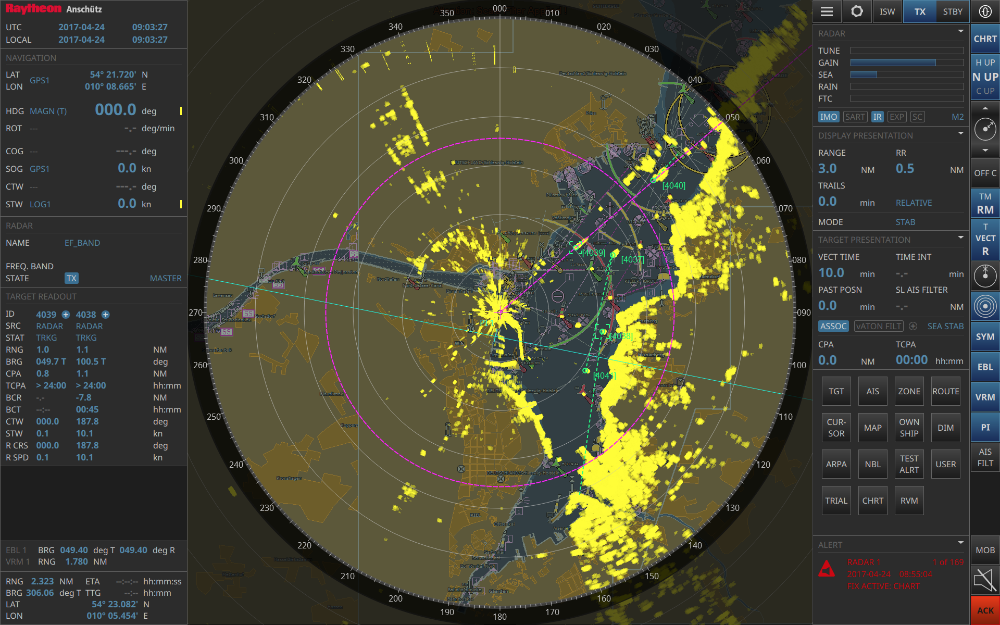 Raytheon Anschütz, one of the world’s leading navigation companies, has announced that it will be launching new radar software, called ‘Radar NX’, during the SMM show in September, in Hamburg. Developed with interface experts and experienced marine radar users, the new ‘Radar NX’ has been created around the importance of human-centered design in order to further support navigators via a much clearer display and intuitive use of applications.

The idea behind the new Radar NX, is to reduce human error on board and increase the safety of navigation as a result. The new NX system – which stands for ‘next generation’, falls into the second generation of the Raytheon Anschütz advanced IMO type-approved integrated navigation systems.

“Radar NX was developed in accordance with human-centered design principles,” says project manager Björn Schröder. “The user interface concept perfectly matches our new ECDIS NX, which has been presented last year and which earned user feedback of an unparalleled intuitiveness in use.”

The new system provides an intuitive grouping of data which provides its operators with a clear situational awareness landscape. It also has a new customisable quick access bar, which makes frequently used functions and operations available in an instant. Radar NX also provides users with enhanced performance in tracking and anti-clutter processing.

This new system is built on the technical foundation provided by the Synapsis Integrated Navigation System (INS), which means that the integrated INS functions, such as radar/AIS target management, alert management or sensor integrity monitoring, are also available for a standalone radar system.

Superyacht25: the innovations that shaped superyachting