What systems are available for crew and owners to reduce the use of plastic water bottles? 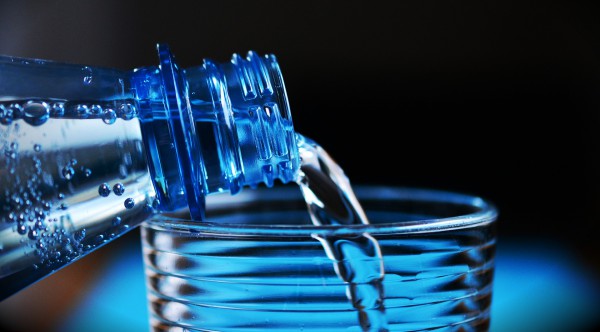 The conversation surrounding plastic usage has reached an all time high. Across the world, many are taking part in ‘Plastic Free July’, an initiative that encourages people to look at the amount of needless plastic that they consume on a daily basis.

Many in the superyacht industry have expressed that it will be difficult to remove the use of plastic bottles entirely as this is an expected way for guests to be served, ensuring that the water is fresh and tastes pleasant. However, Chris Bell, president of Hydro Electrique Marine (HEM) Cathelco Group, spoke to SuperyachtNews to illustrate the different methods available to yachts that wish to look for ways to reduce their plastic water bottle consumption on board.

Firstly, Bell dismisses the concept that plastic bottles are the best water source. “We all assumed that a sealed bottle was the safest way of satisfying our thirst whilst working in the sun or taking a well-earned rest break. But all of this has been turned upside down by the revelation that on average a litre bottle of water contains 325 plastic particles. And in some cases, the concentrations are as high as 10,000 pieces per litre.”

When it comes to drinking water that has been produced from seawater or pumped on board, it’s vital that all the bacteria has been removed. “Chlorination is a well-known technique, but involves handling chemicals and has fallen into disfavour because of the taste that it imparts to the water. Exposure to UV light is another option, but this has the disadvantage of only sterilising the water that has recently passed through the equipment. Over a period of time, there is the risk that contamination could build up in the ‘dead legs’ of pipework where water remains relatively stagnant,” he advises.

Bell outlines a number of solutions to the use of plastic water bottles on board, including techniques in sterilisation that have been employed since ancient Roman times. The use of silver to clean water has long been documented, as positively charged silver particles oxidise and destroy “negatively charged bacteria and pathogens". There are systems available for this on yachts, including silver sterilisers that generate ions from silver plates.

Another method of creating safe drinking water on board is the use of copper. “Sterilisation is achieved through the release of copper ions that attack the surface membranes of bacteria and silver ions that target the core of the bacteria cell. This process breaks down biofilms acting as barriers behind which bacteria can find shelter and continue to reproduce. The system kills pathogenic bacteria such as legionella, e-coli and pseudomonas aeruginosa,” explains Bell.

The issue with sterilised water, however, is that it is safe but it the techniques described above can leave the water with a distinct taste of chlorine; this can be alleviated by the use of a charcoal filter installed directly into drinking fountains.

Although much of the conversation about plastics has centered on the damage to the environment, Bell also looks at how these measures could also save owners a substantial amount of money. He estimates that, on average, each crewmember drinks six half litre bottles of water per day. “Take a superyacht with a crew of 10 each drinking six half litre bottles of water a day at a cost of around £0.75 per bottle. Over the course of six months, this represents an outlay of more than £8,000.” This figure is not even accounting for the cost of the storage, refrigeration and recycling of the water bottles.

According to Bell, the installation of a water filtration system (such as the ones outlined above) would cost the owner approximately £5,000, which is the amount that would be spent on bottled water in around six months. If owners aren’t necessarily moved by the environmental implications of plastic water bottle consumption, this could be a persuasive way to implement change on vessels.

Chris Bell is a guest columnist in the next issue of The Crew Report, where he will discuss in further detail the options available for owners and crew who wish to remove plastic bottles from their yachts.