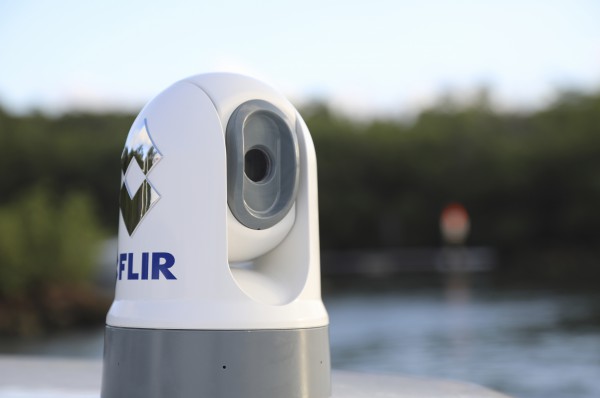 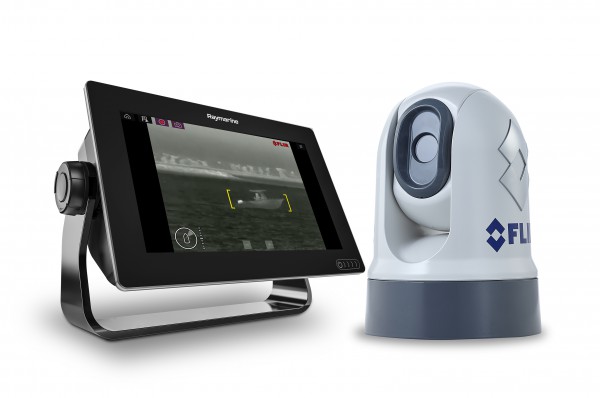 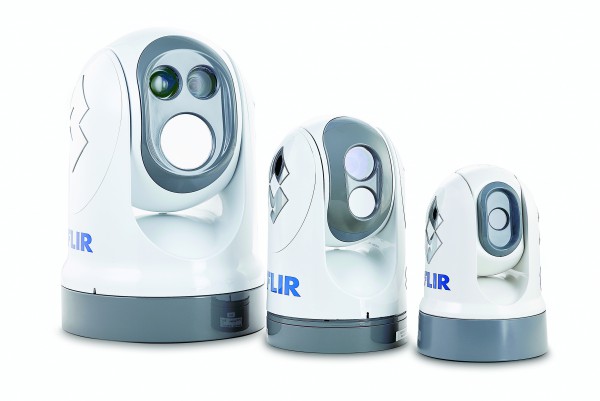 Cruising at night – particularly along light polluted coasts or in busy harbours – can prove stressful for any crew. While aids such as radar and AIS can all help, having a direct visual cue can make a world of difference. Until now, good thermal imaging cameras have typically commanded high price tags – acceptable for superyachts, perhaps, but still a heavy investment, and beyond the reach of most leisure boaters and smaller vessels such as superyacht tenders.

FLIR Systems, parent company to marine electronics specialist Raymarine, has led the way in the development of thermal cameras – hardly surprising when you consider that represents much of the core business of the American firm. “We are the world’s sixth sense,” says Jim Hands, director of marketing maritime at FLIR Systems. “We are a sensor company at our core, creating sensors that improve our lives, make us safe, entertain us, and make us more productive – that’s really at the core of everything FLIR does and Raymarine does.”

With $1.6 billion of revenue and with close to 90 per cent of FLIR’s interests covering segments such as surveillance, instrumentation, detection and core thermal technology development, it is clear that FLIR has the resources and the expertise to create next-level thermal imaging solutions. It is this wider portfolio of product and innovation that is driving expansion of the marine-specific range.

FLIR Maritime entered the marine space back in 2006 with its €9,000 Mariner camera, and subsequent upgrades followed. For superyachts, many will be familiar with the newer M-Series pan-and-tilt thermal cameras, which offer high resolution thermal imaging and a secondary visible light camera payload. These have now received upgrades in several areas, including changes to the internals to improve image quality, but in particular they are now gyro stabilised. “We’ve also upgraded the second payload colour camera so it is now a high-quality zoom, low-light colour camera,” says Hands. The new M-Series Next Generation cameras start at around €9,000, going up to around €30,000 for a camera with a long-range sensor.

In addition, FLIR has also introduced the premium M400 camera which, although aimed primarily at the commercial and first-responder markets, could prove interesting for superyachts. “It’s a high resolution camera with long-range capability, some very advanced optics so it can do some very advanced zoom functions, and it has a very high-end visible camera built into it,” explains Hands. “It also has a built in spotlight, so it’s a very clever, innovative product.” The M400 is priced at around £80,000.

The real step-change, however, comes at the entry level size. FLIR has developed two new camera families aimed squarely at leisure boaters, and it is these cheaper but still full function models that could prove interesting for mounting on tenders. Called the M100 and M200 series, the essential difference between the two lines is that the M100 series is tilt-only, whereas the M200 series features both pan and tilt functionality. They offer 320x240 resolution (half the M-Series or M400) but, as Hands points out, “the difference in thermal resolution is all about range – these have around a 1.5 mile range, whereas the M400 can double or triple that range.”

Both the M132 and the M232 offer digital zoom capability and IP video, meaning all you need to get going is a power cable and an Ethernet cable. The cameras are just added to the network, and can be picked up by a variety of multifunction displays and other display types. The interesting development, however, comes in the form of what FLIR calls ClearCruise IR analytics. “This is really the culmination of FLIR’s core technology,” Hands enthuses. “The M100/200 series have our Boson core, a very clever little core which has the ability for analytics. When you combine it with the LightHouse 3 operating system found in our new Axiom multifunctional displays we can use that ability to create ClearCruise.”

ClearCruise works by scanning the scene, determining the horizon and then identifying any non-water objects. These objects are then painted on the screen with two yellow brackets. “You can also use this function in full daylight, perhaps if you’re heading out in the harbour into the glare of the sun when visibility is compromised,” Hands continues. “The analytics will pick up things like crab pots, small buoys, mooring buoys, moored and moving boats. They will all be painted with the ClearCruise identifier – it’s a real augmented reality experience.”

The concept really does work, as we discovered out on Lake Maggiore during some trial runs in April. Fully controllable through the Axiom interface, the cameras can be operated simply and quickly, and the ClearCruise function quickly highlights objects and other moving targets to alert the helm of both obvious and more hidden dangers. The small units are easily mounted and interfaced, and with a starting price of €2,495 they are a real option for tenders, especially when combined with one of the new Axiom MFD units. “They are a breakthrough, at a breakthrough price,” Hands concludes.

On board with Raymarine’s new Axiom MFD

Virtually there – is VR the future of crew training?