Materials for the next generation… 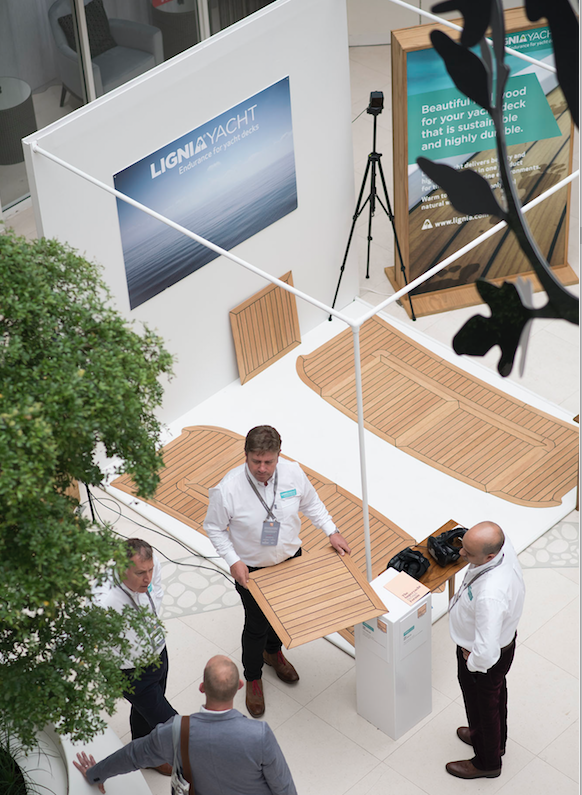 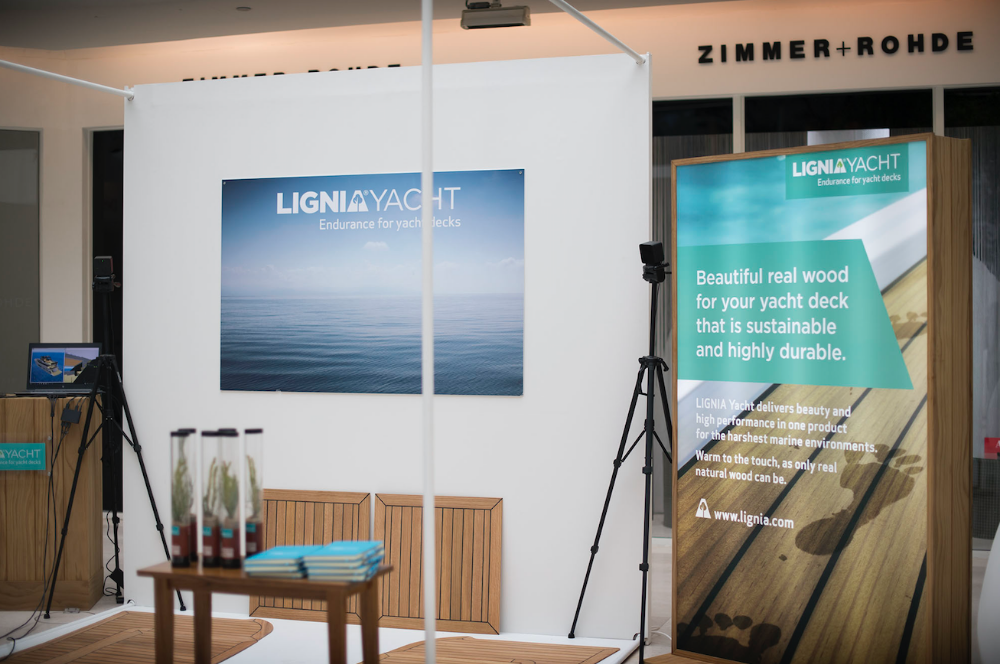 Based in the UK, with sustainability at the root of their business agenda, LIGNIA Wood Company has been shortlisted as ‘one of the most innovative companies in the UK’s £40bn maritime sector’, according to the inaugural Maritime UK Awards.

The ‘Innovation Award’, which is sponsored by the UK Ship Register, has identified three finalists including LIGNIA Wood Company thanks to ‘LIGNIA Yacht’, a real-wood alternative to notoriously unsustainable teak decking.

At The Superyacht Design Forum in June 2019, LIGNIA hosted an interactive session throughout the two-day event, whereby delegates were invited to think on their feet and choose between real teak decking or LIGNIA Yacht decking. Many delegates were unable to feel a difference in the decking below them, and the session brought attention to the ways in which superyacht design can achieve a reduced carbon footprint – even if that is one toe at a time.

Commenting on the announcement of their shortlisting, Hans Ng, CEO of LIGNIA Wood Company, said, “To be shortlisted in the first-ever finals of the Maritime UK Awards, for our wonderful LIGNIA Yacht product, is a great indication of the huge strides LIGNIA has made in the industry. The innovation that we bring to the marine world is now starting to pay off as we see yacht brands working with us to develop and build beautiful and hard-working LIGNIA Yacht decks.”

LIGNIA Yacht, which is sourced from sustainable managed softwood plantations, is reportedly far more stable than Burmese teak, and has a higher rot durability – a factor which should appeal to many yacht builders and owners. The product is created via a patent-pending timber modification process (‘Ligniafication’) at LIGNIA’s state-of-the-art plant in Wales, and is the first of its kind to be produced in the UK.

The inaugural edition of the Maritime UK Awards also includes awards relating to the themes of ‘education and the future; following the government’s publication of its first long-term strategy for the sector, Maritime 2050, in January’ – both subject matters that we will be taking into consideration at this year’s edition of The Superyacht Forum (18th – 20th November), which follows the theme, ‘Building for the Next Generation’.

The Maritime UK Awards are being hosted by Solent LEP, taking place at the Leonardo Royal Hotel Southampton Grand Harbour on 19th September, as thousands of people flock to the city for the Southampton International Boat Show. In its 51st year, the show will debut LIGNIA Yacht on Spirit Yachts’ 50CR (cruise-racer), the first of the world-leading modern classic yacht designer and builder’s range to feature LIGNIA since its replacement of teak.

What do World Oceans Week & TSDF have in common?