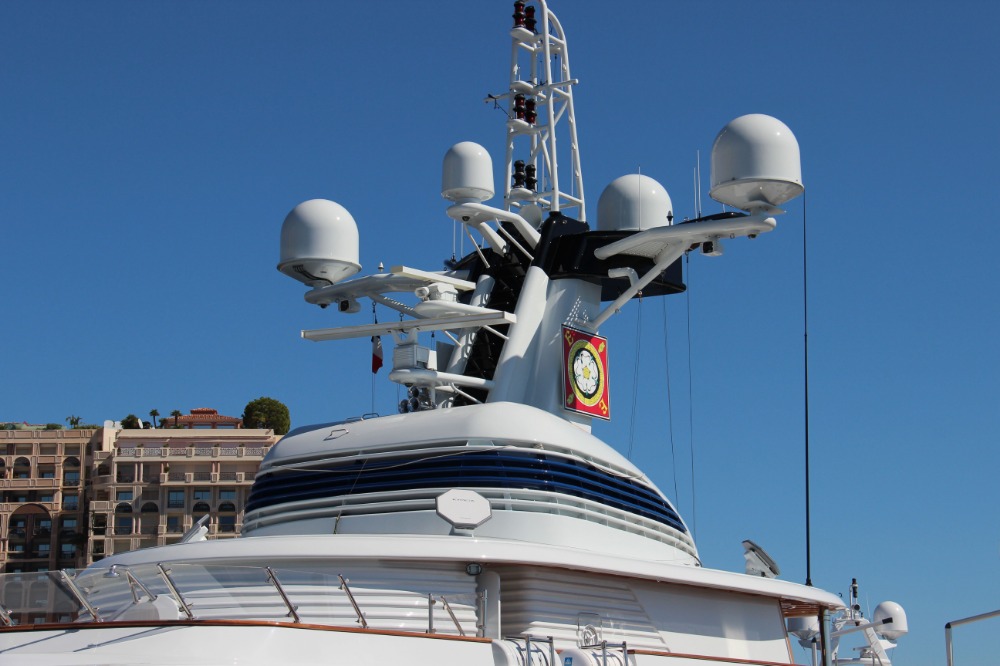 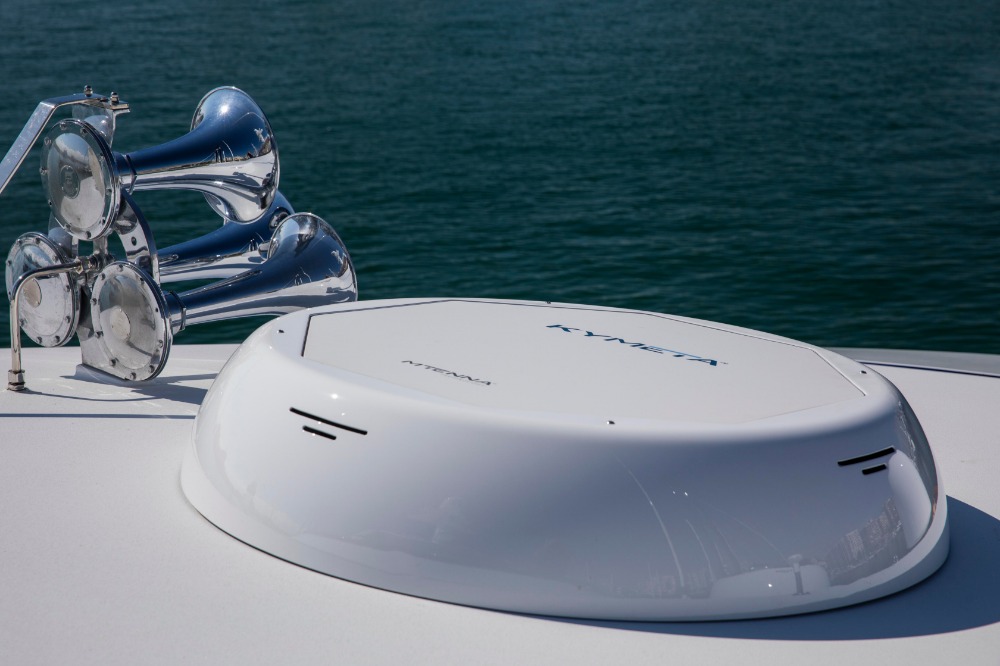 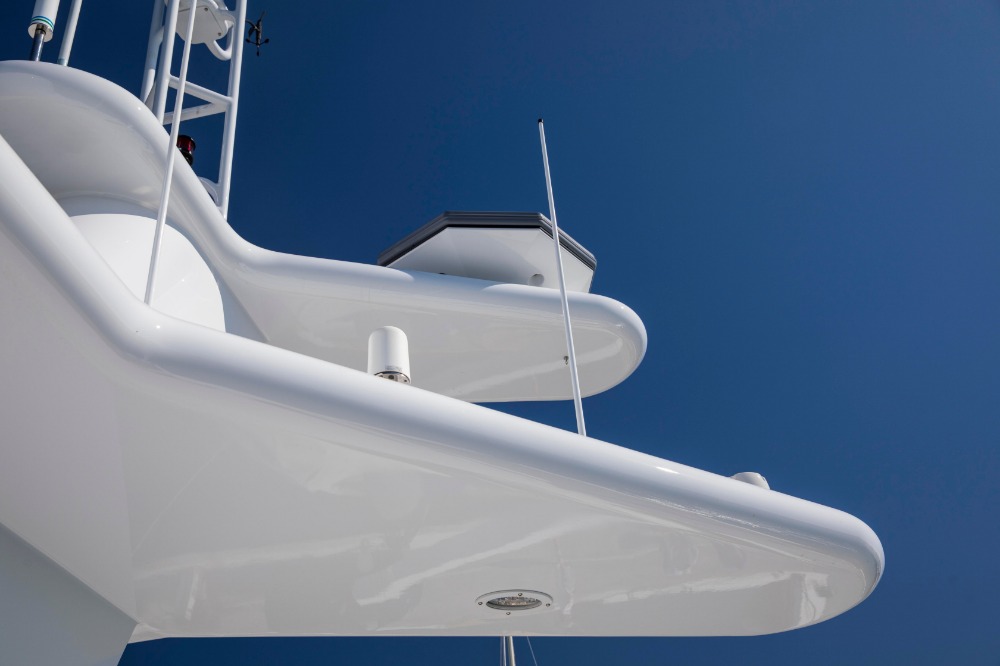 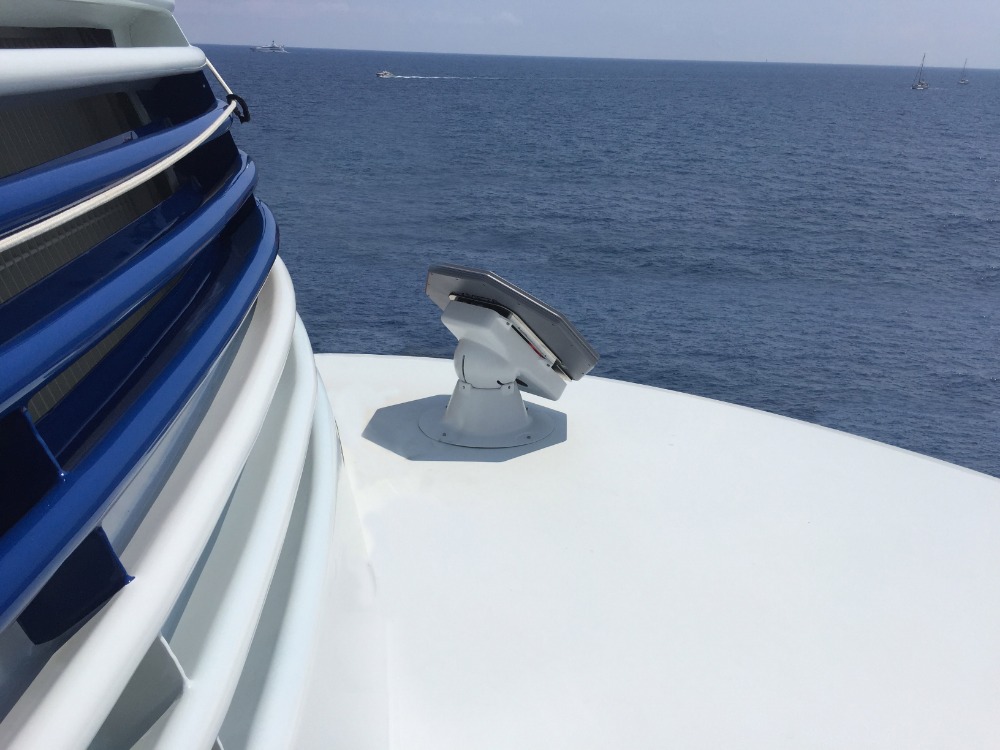 A year after showing its metamaterials flat panel antenna solution in operation on board the superyachts Maltese Falcon and White Rose of Drachs, Kymeta is launching the next phase in its product line-up at the 2018 Monaco Yacht Show. Two new modules – mTenna PLUS and mTenna SELECT – are now available, and this paired system brings multi-panel technology to the market for the first time.

“We launched the KyWay U7 terminal system in October last year, and in December 2017 we launched KALO, the complimentary [airtime] service,” begins David Fotheringham, product manager at Kymeta. “Since then they have been well enjoyed by people in the maritime and land mobile spaces, and we have had a good amount of success with the system’s initial launch.”

The two new products have been talked about for a while, and indeed Kymeta showed a prototype of the new PLUS and SELECT modules at the Satellite 2018 show in March. This autumn’s Monaco Yacht Show, however, provides the platform for the official launch-to-market, with the new modules being available to customers from 1 October.

"We can do something really interesting – we can digitally combine the signals from multiple panels and thereby build a synthetic distributed array."

The key to the system is that the PLUS and SELECT modules introduce the next step in Kymeta’s panel applications, with the PLUS module allowing up to four KyWay terminals to be combined while the SELECT module provides ultra-quick transmit switching between panels depending on which panel has optimal signal beam. “What we have found in the maritime space is that larger vessels that would typically run multiple VSAT domes find a single-panel solution challenging,” Fotheringham explains. “But because of our flat panel technology, we can do something really interesting – we can digitally combine the signals from multiple panels and thereby build a synthetic distributed array. This is a very cool technical solution that is uniquely enabled by our Kymeta antenna technology.”

The two key value propositions of the PLUS and SELECT units are that for low-latitude satcomms use you can effectively combine up to four panels to create an aperture equivalent to an 80cm-1m VSAT dish in terms of throughput. “The Rx [receive] gain is improved by up to 5.4dB over a single panel solution, so it bumps up the throughput performance,” says Fotheringham. “For every doubling of panels you improve the performance by up to 2.7dB so quadrupling gives a possible 5.4dB gain assuming all the panels are relatively coplanar – in effect, all mounted in a similar orientation relative to the satellite.”

For the majority of yachts operating in low latitudes either side of the equator – the typical cruising profile of most owners – a four-panel combined aperture would become standard. However, for vessels sailing to higher latitudes and using the current geostationary satellites, it is likely that not all panels will be coplanar and therefore two panels may combine to form the aperture instead of four, although this still represents a 2.7dB gain over a single panel solution.

"The mTenna PLUS ... is necessary in order for us to serve [the superyacht market] correctly, and we expect a significant uptake in superyacht adoption now that we have a more complete, multi-panel product offering."

The mTenna SELECT module is a fast-switching device designed to work specifically with the Kymeta panels, ensuring that the best transmit signal is maintained at any given moment. “It can switch between two panels in a worse-case scenario of 100ms,” Fotheringham enthuses, “although we’re seeing nominal switching speeds of 15ms in practice, meaning when you are on a live internet session, the time it takes for one block upconverter (BUC) to turn off and the BUC on the next panel to turn on happens in as little as 15ms – from a user perspective it’s imperceptible that you’ve switched panels.”

The PLUS and SELECT modules are sold as a matched pair, with each one occupying a one-unit rack space, and their launch and commercial availability marks a significant step in Kymeta’s product development. “The PLUS in particular is one of the products which is necessary in order for us to serve [the superyacht market] correctly, and we expect a significant uptake in superyacht adoption of Kymeta’s flat panels now that we have a more complete, multi-panel product offering,” says Fotheringham. “We’re also really excited to show at the Monaco Yacht Show something that was a proof of concept when we first unveiled it at previous shows, which has now grown to a fully mature, deliverable product for our customers. It’s been a really exciting journey for us, and we’ve been running sea trials [for the PLUS and SELECT multi-panel solutions] since spring 2018 with early production units. At least one of those trial yachts will be present at Monaco.”

Fotheringham won’t disclose what volume of panels Kymeta has sold and shipped since the single-panel solution was launched in Q4 2017, but says that Kymeta has seen a really good, broad uptake rate across several sectors. “Most interestingly, first-responder and government agencies have adopted it as a very agile solution that meets their harsh environmental use cases both on- and offshore, and also on vessels that were too small to use conventional VSAT technology,” he states. “Because of our technology’s tracking abilities, it works very well on open water and in rough seas which translates well into all the different maritime markets.”

“We’ve actually built more features into the hardware, so it will be able to handle other configurations in the future via over-the-air software updates.”

While a four-panel combination will be supported at launch, Kymeta has effectively future-proofed the system. “We’ve actually built more functionality into the hardware, so it will be able to handle other configurations in the future via over-the-air software updates,” says Fotheringham. “We have a forward-looking mentality with the product and its flexibility, and as the market demand ramps up we’ll explore what new features to unlock or to include.”

It has been designed to work with iDirect’s Evolution platform, and furthermore Kymeta has been working with satellite service operators (SSO) and satellite service providers (SSP) such as Speedcast to provide services that are more akin to what a multi-panel system would want.

Kymeta is also continuing to work with e3 Systems, who remain the company’s exclusive superyacht distribution partner. “We are very pleased the multi-panel solution is now available,” says Roger Horner, e3’s group MD. “We have seen this concept developed from the drawing board and we now have working installations on one sailing yacht and two motor yachts. By mounting the panels at an angle, it enables below-horizon to over-zenith super-fast tracking all around the yacht. The speed of handover from panel to panel is impressive and we have never lost a session yet. Also, when the panels overlap there is an increase in gain similar to having a larger conventional dish, and the cost of airtime falls in relation to the amount of overlap.”

As well as the current trial yachts, e3 says it has installed Kymeta panels on eight yachts in Europe and the US, with a number of installations on new vessels currently in progress. Furthermore, at the Monaco Yacht Show e3 will be launching a complimentary TV solution that will be bundled with the airtime. For more information, to meet the Kymeta team and to see the panels and the new mTenna PLUS and mTenna SELECT modules up close, head to e3’s stand QS94 in the Darse Sud tent.

Satcomms form a vital part of the client experience on board, as well as becoming more and more an essential part of operational management. The idea of creating 'The Perfect Customer Journey' is something The Superyacht Group will be exploring in great detail at this year's Superyacht Forum event, taking place from 12 to 14 November alongside and in association with METSTRADE at Amsterdam RAI. With pertinent forums and workshops, keynotes from high-profile speakers both within and from outside the superyacht market, and with unrivalled networking opportunities with more than 800 VIPs, industry stakeholders and key decision-makers, it is an event not to be missed. For more information and to register your place, click here.

Photos: The mTenna PLUS and mTenna SELECT modules, and current Kymeta panel installations on superyachts

Superyacht25: the innovations that shaped superyachting