Kymeta’s flat panel metamaterials satellite antenna tech has been through its first real-world trials – so how did it fare? 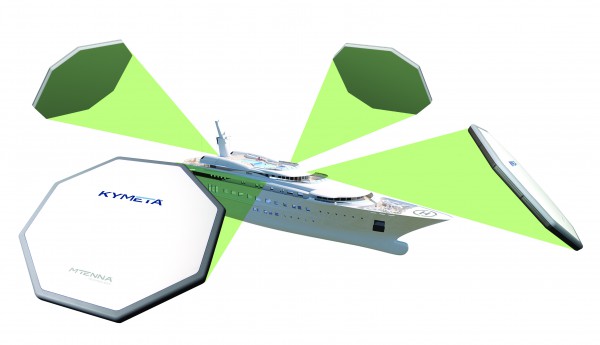 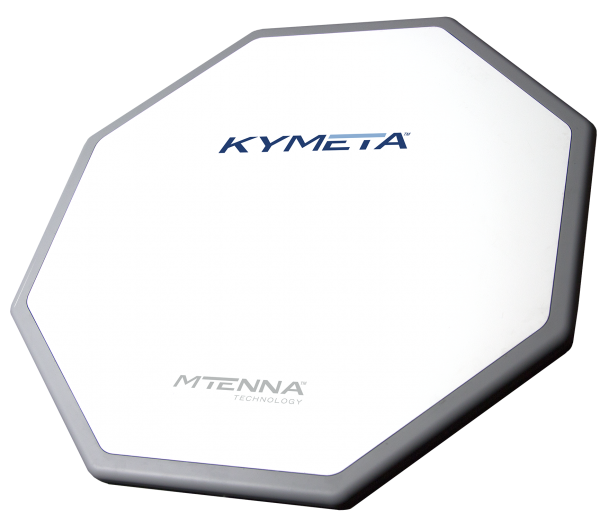 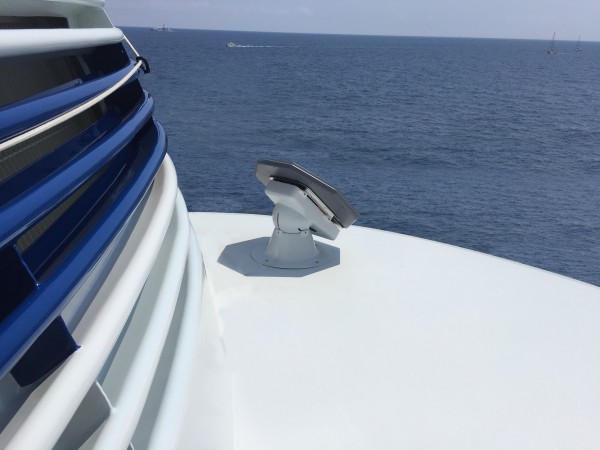 The advent of domeless superyachts has taken a tentative step closer, following successful first sea trials of Kymeta’s flat panel satellite antennas. The system has been installed on the superyacht White Rose of Drachs for several months of real-world testing, and the initial reports suggest this new approach to satcomms has proven itself in the field. “This is a major milestone for the maritime industry,” comments Håkan Olsson, vice president of maritime at Kymeta, “where reliable, flat, lightweight satellite connectivity will open an entirely new world of communication capabilities.”

The panels were installed with Kymeta’s exclusive superyacht distribution partner e3 Systems, and both parties worked with the yacht’s owner, captain and IT manager to install four Kymeta KyWay terminals for the trials. The terminals were tested with various MIR/CIR services from leading maritime satellite service providers, including Speedcast which provided service in the Med.

“We trialled multiple terminal configurations, ranging from single panel solutions to multiple panel solutions,” says Roger Horner, managing director of e3 Systems. “We experienced a few practical installation issues, many of which already have been addressed by Kymeta, and we also realised that the network systems on yachts need to be designed and configured to work in tandem with the improved throughput that Kymeta solutions provide.”

The metamaterials panels rely on using electronically steerable beams to pick up and track satellites, removing the bulky dish-and-dome systems that are traditionally used to track satellites across the sky. In this regard, the trials have been crucial in determining whether the beam tracking would work effectively in a real-world, moving environment on board a superyacht. “The flat panel beam steering of the antenna and its performance has been fantastic,” Horner enthuses, “and we are pleased that the issues found and communicated are already being addressed. Identifying and solving issues is what sea trialling is all about.”

The trials also afforded Kymeta and e3 Systems engineers the chance to identify and replace certain components in both hardware and software. As a software defined antenna technology, Kymeta KyWay terminals used at the trial were given improved and added functionality remotely which, say Kymeta and e3 Systems, has never been possible before with traditional mechanically steered antennas. “The months-long sea trials with the White Rose have provided our engineering team with valuable insights for maritime installations,” adds Olsson. “While we experienced some challenges during the trials, it wasn’t anything we couldn’t overcome, and it is now clear that domeless vessels are a new reality for the yacht industry.”

The trials were also well received by the yacht, and it is clear from the reaction of Andrew Schofield – captain of White Rose of Drachs – that their enthusiasm for the system has not been dampened. “We have been anticipating Kymeta technology since 2015 when we first saw conceptual animations of the technology,” he says. “We are proud to be the first motor yacht to perform sea trials with Kymeta technology. We look forward to progressing from the current temporary trial installation to the finalized fully-integrated solution, which will rid the yacht of the current VSAT and TVRO domes. This will remove over five tons of weight from her super structure and provide the yacht with permanent access to the internet.”

Schofield also points out other advantages that they discovered during the trials, not least of which was the minimised downtime when updating or upgrading the system. “One day while testing the Kymeta solutions at sea, the e3 Systems and Kymeta teams removed terminals, changed components, and reinstalled them within minutes,” he explains. “With conventional antennas, we would have been in the yard for a few days with a crane to achieve the same results. The quick installation of the Kymeta solution is a big time and money-saver.”

Kymeta says that upon completion of sea trials and commercial release of yacht solutions, Kymeta terminals will be bundled with Kymeta’s KALO internet access services powered by the IntelsatOne Flex for Maritime service. The terminals can also be outfitted with MIR/CIR services from service providers like Speedcast. Up-close views of the trial installation of Kymeta KyWay terminals on the yacht will be available at the Monaco Yacht Show later this month.

During the Monaco Yacht Show, Kymeta and e3 Systems are offering VIP tours on board S/Y Maltese Faclon and M/Y White Rose of Drachs. For more information, click here.

Issue 183 of The Superyacht Report will feature a more in-depth look at the Kymeta sea trials on White Rose of Drachs. Have you subscribed to The ‘new’ Superyacht Report? If you are a captain, owner, yacht manager, chief engineer, first officer, broker, designer, senior shipyard management, an owner’s representative, investor, or a family office, you are eligible for a complimentary annual subscription to the only superyacht industry publication worth reading. To apply for your VIP subscription, click here.