Drones have become well established within the superyacht industry in recent years, but have also posed a potent threat to a yacht’s privacy and security from bystanders wishing to get a closer look. While there have been standards for unmanned aircrafts in the past, yesterday (21 November, 2018) marked the first worldwide standard for the drone industry, released by the International Standards Organisation (ISO).

The ISO has formally released the Draft International Standards for Drone Operations for public consultation, with drone professionals, academics, businesses and the general public invited to submit comments by the 21 January, 2019 prior to the final adoption of these standards expected to take hold in 2019. In a statement to the press, ISO explained that “this is the first step in the standardisation of the global drone industry, encompassing applications for all environments.”

Within the new standards, ISO has focused on the operational requirements of area drones, which include new protocol on safety, security and overall etiquette for the usage of drones, which will shape legislation moving forward. These new operational requirements are the first in a series of four, which will address general specifications, manufacturing quality and unmanned traffic management.

Within the new standards, ISO has focused on the operational requirements of area drones, which include new protocol on safety, security and overall etiquette for the usage of drones, which will shape legislation moving forward.

After several years of global collaboration between standards institutions, the output is expected to trigger rapid acceleration of growth within the drone industry as organisations are emboldened with a sense of reassurance on safety and security. These new ISO standards will play an essential role in guiding how drones are used safely and effectively within a framework of regulatory compliance, which may provide further protection for superyachts.

In recent years however, members of the standards developer ASTM International has created 17 global standards for unmanned aircrafts, which together fall under subcommittees including, airworthiness, flight operations, personal training, qualification & certification.

Across these new ISO standards, perhapsmost relevant to the superyacht industry is the new privacy and data protection, which demands that operators must have appropriate systems to handle data, alongside communications and control planning when in flight. The fail-safe of human intervention is required for all drone flights including autonomous operations, ensuring that drone operators are accountable.

In terms of the etiquette for drone flight, within the new air safety standard, there is a clause which reinforces compliance regarding no-fly zones, local regulation, flight log protocols, maintenance, training and flight planning documentation. At the heart of the standards is also social responsibility, which calls for the responsible usage of a technology while not obstructing everyday life. These air safety standards will also be strengthened by the rapid development of geo-fencing and counter drone technology which provides frontline protection against anti-social and privacy infringing drone usage.

“I am delighted that we have now reached the point where the first ever standards for the global drone industry are ready for public consultation after three years of hard work and international cooperation between ISO, BSI and Standard’s bodies across the world, with final adoption expected in 2019,”

- Robert Garbett, convenor of ISO and chairman of the BSI committee

“I am delighted that we have now reached the point where the first ever standards for the global drone industry are ready for public consultation after three years of hard work and international cooperation between ISO, BSI and Standard’s bodies across the world, with final adoption expected in 2019,” says Robert Garbett, convenor of the ISO working group responsible for these standards, chairman of the BSI committee and founder of Drone Major Group. “These Standards will undoubtedly lead to a new confidence in safety, security and compliance within this dynamic industry, resulting in a massive expansion in the availability and use of drone technology in the years to come.”

While the privacy inherent within the superyacht industry could be seen to be compromised by the use of drones, this new standard is likely to enhance the development of stronger defence systems which can improve a yacht’s protection.

The new coins of the realm

M/Y Artefact: ushering in a new era of environmental stewardship 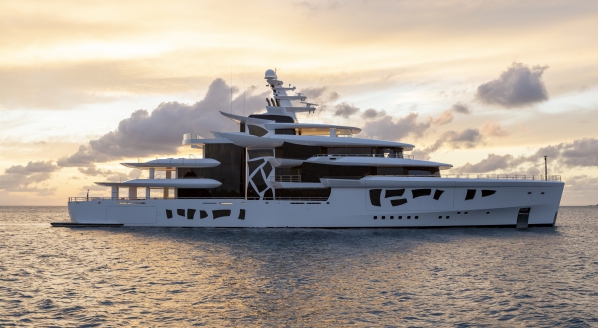 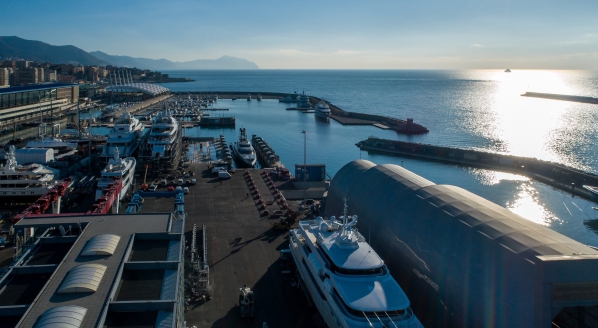