Palladium Technologies has unveiled Jarvis, an entertainment and concierge system designed for ease of use… 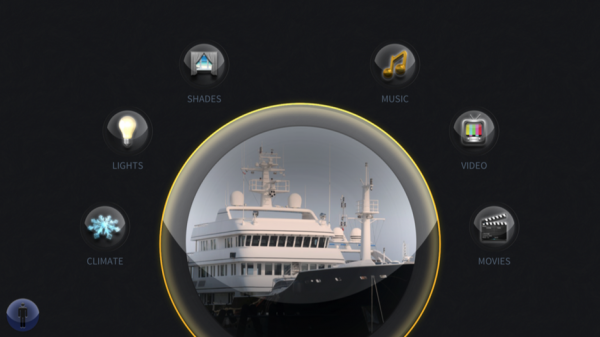 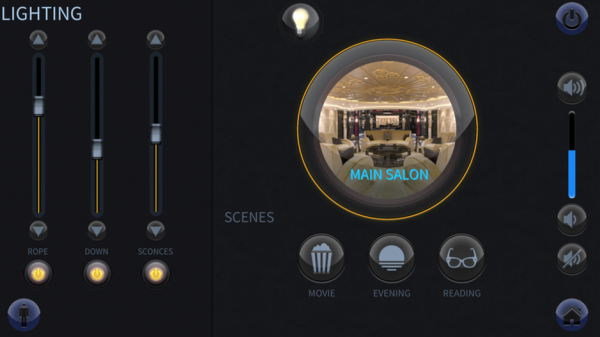 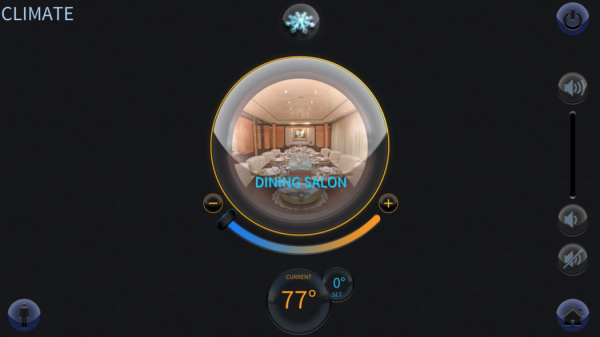 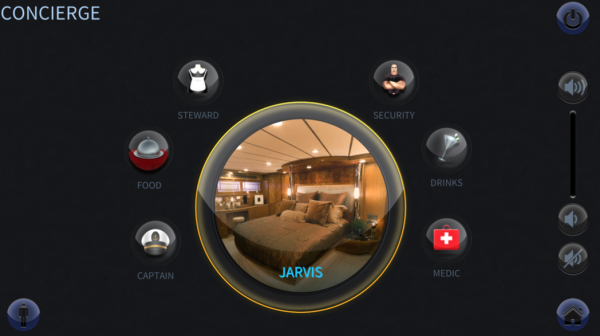 As an advocate for intelligent user interface (UI) design, Mike Blake – president of Palladium Technologies – has long expressed his desire to bring more usable interfaces into the yachting industry. “UI is an area I really feel quite strongly on,” he told me recently. “I’ve seen so many graphical user interfaces from a technical standpoint and they are very difficult for a new user to absorb. I believe we have to design better and better UIs, partly because people have an average attention span of eight seconds, and that’s decreasing.”

It is hardly surprising, then, to see that Palladium Technologies arrived at the Monaco Yacht Show with a brand new AV entertainment and concierge system called Jarvis. With a Crestron-controlled structure, the key part of the system is its interface. “Our graphics follow the format of a style called skeuomorphism [where graphical objects are designed to look like their real-world counterparts], which was the only style of graphics favoured by Steve Jobs,” Blake explains. “Humans think and visualise in 3D, so this skeuomorphism style is quicker and easier for a person to adapt to, as opposed to a flat graphic style.”

Simplicity of the AV control screens was essential in the original design requirements of Jarvis, which has been met in the final release of the product. In addition, Jarvis features a concierge system dovetailing off the main design, providing a simple yet elegant way for an owner and guests to summon immediate assistance or service. Using the same iPads and control screens for the Jarvis system, the concierge page includes options such as beverages, food, steward, medical, security and others via icons. A guest press on one of the icons sends a bell and a voice alert to the crew areas and any crew iPhones or Apple Watches hooked into the system. If further details are needed, a VOIP call can be easily initiated wirelessly between the crew and the guest using the built-in microphones and speakers of the control devices. The alerts are also dynamically routed so that the right crew receives the request. Moreover, the system can also be configured to identify a guest's location on the yacht using RFID if the guest is mobile.

“You’ve got your typical climate controls, lights, shades, music, movies et al, but where we’re really jumping into Jarvis is when we go to the concierge screen,” enthuses David Arnold, Palladium’s vice president of business development, as he demonstrates the system at the Monaco show. “It’s very simple but pretty powerful, and of course it’s completely customisable to the yacht’s needs.”

The system, Arnold confirms, has been designed in response to owner comments over the years about existing interfaces and controls. “What we understand from this market is that inevitably the guys who build stuff make it too complex,” he says. “We hear from owners all the time, and half these things today and the guys programming them are making it multiple screens deep. The reality of it [and Jarvis] is just portraying the data, and portraying in a nice GUI what response is needed to what request, and what action has to happen. We really built Jarvis to replace other systems that have become too complicated. We’re not an AV company trying to resell others’ products – we have a heavy programming group, and for us it’s about building the software in the back end that just makes it simple and usable. A good UI is empowering for everyone.”