SuperyachtNews.com - Technology - Hydrogen powered propulsion is coming to the Thames

Hydrogen powered propulsion is coming to the Thames 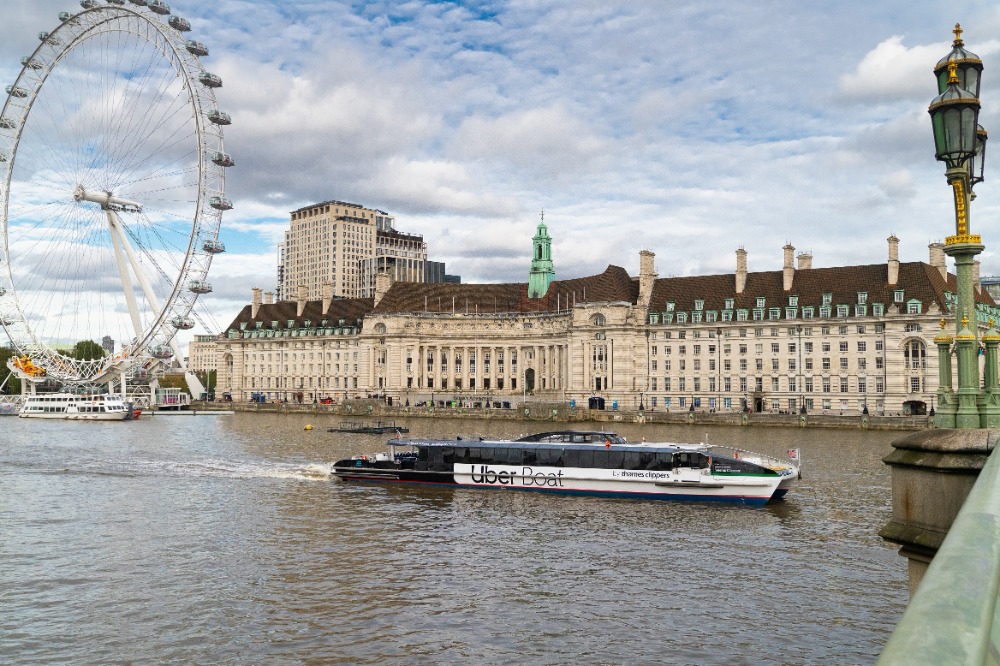 SuperyachtNews Speaks exclusively with Ivo Veldhuis, technical manager of Mayfair Marine, as the project picks up speed after securing funding from the UK Clean Maritime Demonstration Competition, and as Veldhuis explains:

The Uber Boat by Thames Clippers fleet is an iconic part of the London cityscape. Its high-speed catamarans slice between stops and under bridges year-round. But there is a change imminent. The Clean Maritime Act states that as of 2025: 'All new vessels being ordered for use in UK waters are being designed with zero-emission propulsion capability.' As the industry strives for a sustainable future, this project and its protagonists link to the superyacht industry and may provide a template for the marine sector to reach its decarbonisation targets.

With a current fleet of 21 running on various conventional diesel propulsion systems and capable of speeds up to 30 Knots, the fuel consumption of the Uber Boat by Thames Clippers vessels is in the millions of litres per year; the next generation of the Thames fleet will need a radical change. And, it is hoped, hydrogen will provide an emissions-free platform for the next generation of Uber Boat by Thames Clippers to handle an expected doubling of passenger numbers by 2030, increasing from four to eight million per year in this time.

The first step in this change is a feasibility study. Mayfair Marine, working with DNV for regulatory support and One2three naval architects, will present 12 parametric concepts in 2022 that will balance the benefits and drawbacks of various configurations of three forms of hydrogen storage; Cryogenic, Pressurised and Methanol. Each has its own specific set of design considerations and, crucially, differing infrastructure networks to support its use, a hurdle that is often seen as restricting the broad application of hydrogen fuel cells in the superyacht industry.

As Veldhuis explains, it's not as simple as just buying a suitable vessel. "My feeling is, when presenting a proposal for something like this, you have to convey why you want to be a zero-emission company and what it means to you. It's easy to say, 'Ok, we are going to buy a zero-emission vessel'. But if you approach a shipyard like this, sure, they will build one for you, but it will be the vessel that they think you need, that is not good enough to make a zero-emission system like this work."

The complexities of the Thames showcases the layered issues that the project will have to consider. With draft restrictions come weight considerations, and as in any hydrogen fuel cell system, there will still be significant battery banks to act as a capacitor for acceleration and sudden changes in load. And, as many naval architects are grappling with in their quest for zero-emission yachts, these batteries are very heavy. Support from a forward-thinking classification society will be necessary, as Veldhuis anticipates, "DNV being obviously one of the foremost when it comes to hydrogen and fuel cells which helps because we want to push the technical envelope on this project."

Then there is the issue of hydrogen supply and transfer. As yet ill-defined by regulators, the guidance will need to keep pace. Veldhuis and his team see the best way to get results is with a combined approach. As we speak, it becomes clear that Veldhuis does not see this as simply a case of designing a high-speed passenger transport vessel. "The way we have treated this is from a complete transport system perspective, of which the boat is just one part. The fuel infrastructure, awareness of where the hydrogen is coming from, the passenger journey, all of these factors together make up the complete transport system." As Veldhuis clarifies, a system only works when complete. If a certain storage system for hydrogen is identified as being preferred through the feasibility study, then the network to support it can be built around that. Waiting for the hydrogen supply and then building a vessel to match is reactionary. 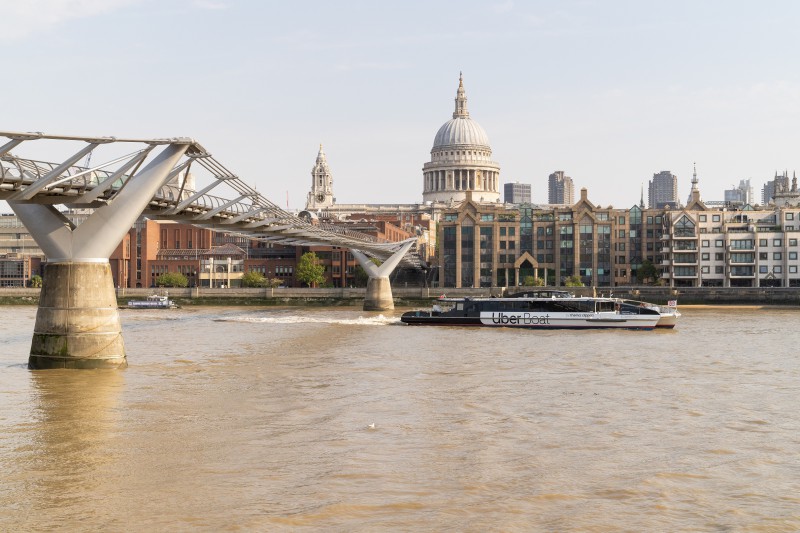 The first iteration of a zero-emission Uber Boat by Thames Clipper, once on the water, will feedback into the system a detailed stream of position and performance data that will guide the design modifications on the next, to optimise the system and increase the efficiency. Not only because of the environmental considerations but because, as Veldhuis reminds me, it is a business and must operate as such. Hydrogen remains at least as expensive, if not slightly more than diesel, and the consumer's enthusiasm for green transport will be tested if the price increases drastically.

The operational profile of these high-speed vessels is vastly different to the typical superyacht; the water jet is not the most efficient propulsion system for most superyachts, for example. However, the concept of developing and presenting a systemwide approach, re-evaluating the fundamentals of design in the name of efficiency, and front footing the hydrogen supply network may be a pivotal step to accelerate the transition to an emissions-free future for the superyacht industry.

Regulation and insurance in a decarbonised future

Lürssen to install first hydrogen fuel cell on a superyacht

Efficiency and flexibility is key