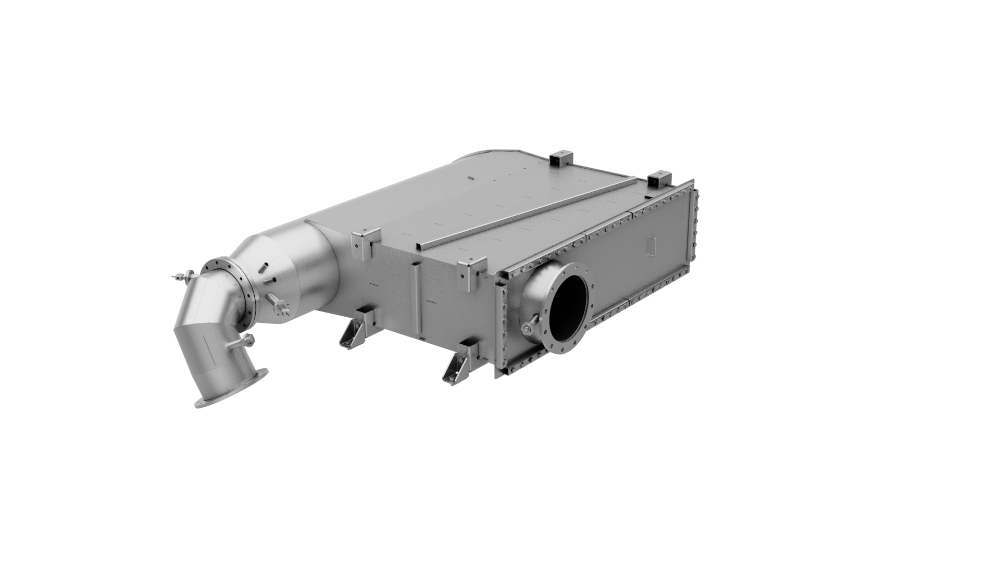 The primary concern for the sub 500gt regarding systems that can comply with IMO Tier 3 regulations has been space, moreover, the lack thereof in the low volume engine rooms on smaller superyachts. The vertical height above many conventional engines does not allow for the integration of an exhaust system with the requisite catalytic conversion system that can meet the NOX emission standards. Many manufactures have chosen to rely on continued extensions to IMO exemptions in order to avoid drastic design changes. However, the latest extension is a temporary solution - in the form of a policy letter from the US coast guard stating that it would not enforce the regulations.

As one of the largest shipbuilders in the world, Azimut Benetti Group's agreement to use the HUG Engineering system represents a significant commitment towards Tier 3 adherence for the sub 500gt fleet. As Carlo Bertoglio, general manager at HUG Engineering, affirms, this agreement is significant for both companies and the wider market. "The agreement with Azimut Benetti is a milestone for us. Previously, almost no shipyards were claiming that they were IMO tier 3 compliant, nobody was talking about it, they have been hiding from it, and I would always say, 'Guys, the laws are in place."

"Azimut Benetti was there and was willing to say they are ready to sell an IMO Tier 3 superyacht, in compliance with the regulations", continues Bertoglio; the creeping spectre of Tier 3 compliance has been threatening the market for some time. And, as Bertoglio highlights, a large shipyard with a large order book requires demanding solutions. "Azimut Benetti's requirements forced us to find a solution that was ready independently of whether the engine manufacturers were ready or not."

The following statement to SuperyachtNews clarifies Azimut Benetti's decision as to why the HUG system was selected: "The new IMO standards, like all forms of environmental regulation, are stimulating green innovations in our industry. Azimut Benetti has always been proactive in relation to this matter and that's why we began working together with HUG Engineering and Mive Eco to realise one of the best catalytic systems on the market, long before TIER III came into effect, ensuring that our models would be ready."

As it becomes continually clear that the regulations are unlikely to flow in a less environmentally sensitive direction, adherence to the current regulations should act as the minimum standard. Bertoglio stress this point and its' relevance to today's manufactures; "The big change in Tier 3 came into place in 2021 in the North and Baltic Sea's. Can you imagine selling yachts that cannot be used in London, Oslo, or Copenhagen?"

"The real advantage that our system provides is the ability to switch between Tier 2 and 3, depending on the region", Continues Bertoglio. In addition to the design consideration regarding engine room volume that shipyards contend with, Bertoglio summarised the current limits for the size they see as a technology solution provider. "We have to deliver a system that respects the actual limits of the back pressure that is created in order not to lose tier 2 compliance. This is the limiting factor regarding downsizing. The backpressure is effecting the gate the blocks the continued downsizing, even if the chemistry of our system allows it."

Azimut Benetti further emphasised that the ability to switch between tiers of compliance, as well as the ability to retro-fit, are driving factors behind the adoption of the HUG system: "We also asked for the ability to install the same system on units with both MAN and MTU engines, and we can configure the SCR option at an advanced stage of construction or even allow our customers to install the system after delivery."

The joint efforts between Mive, Azimut Benetti and HUG Engineering to develop and install this system represents their effort to produce a commercially viable solution to the issue of Tier 3 compliance. As the regulatory framework the underpins engine design, emissions and areas of operations continue to evolve, the flexibility of this system will be tested; hopefully, the industry may have found a viable solution.

Regulation and insurance in a decarbonised future

Greener yachts and shipping: a look over the horizon

10 steps to IMO compliance and beyond