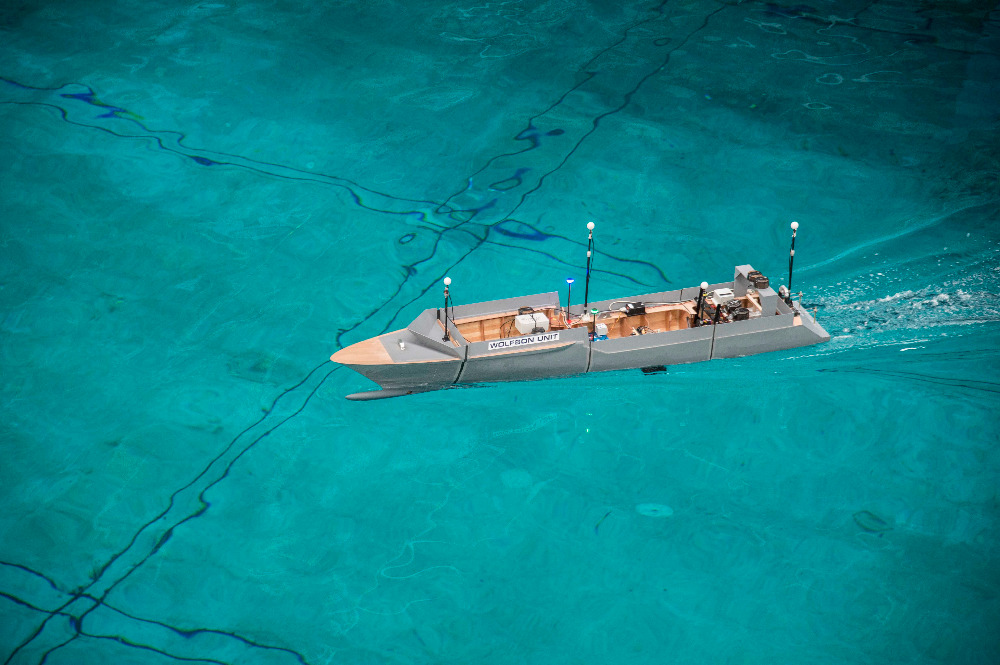 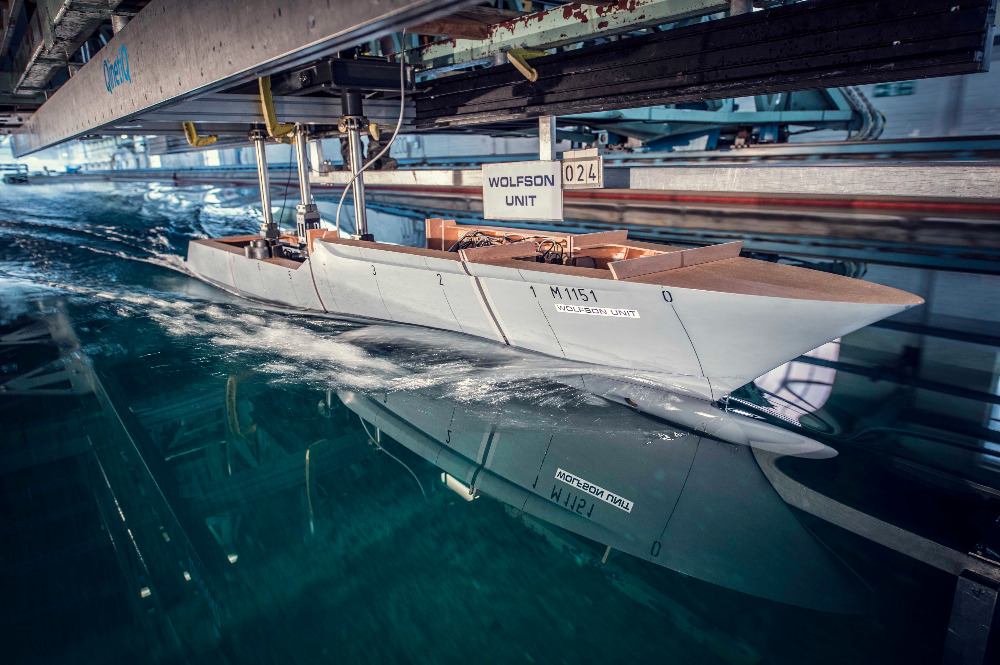 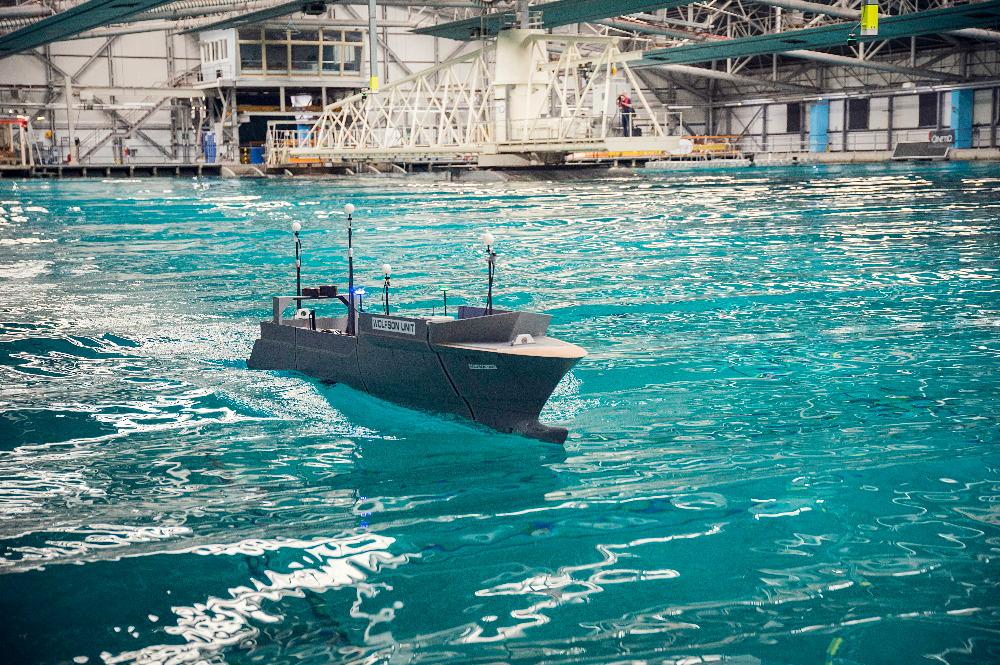 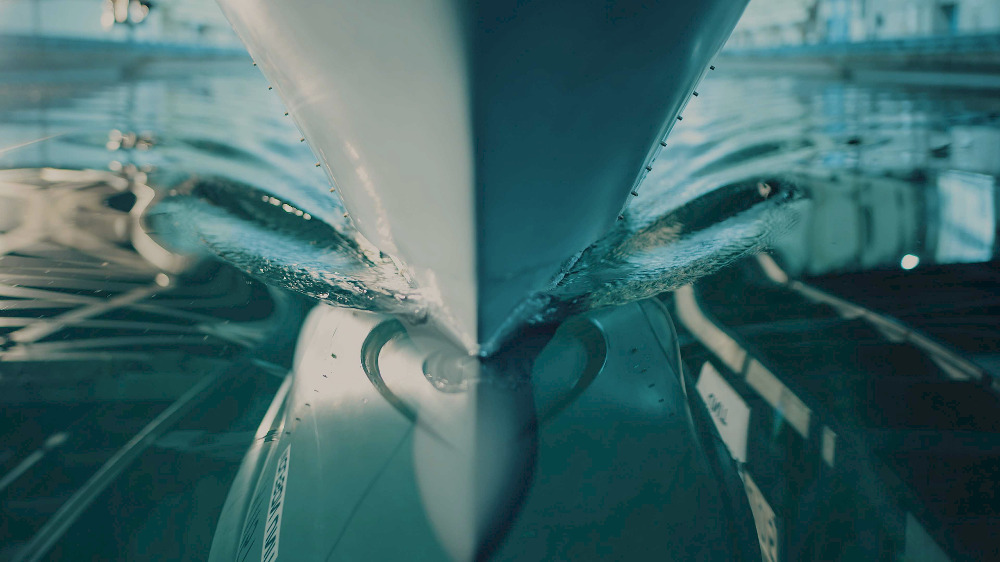 Dutch superyacht builder Heesen releases information regarding the technical developments and testing of 80.7m Cosmos, the shipyard’s largest project to date. Utilising the Fast Displacement Hull Form (FDHF), developed by Van Oossanen Naval Architects, Cosmos will be sporting a series of phenomenal technological feats that require a rigorous testing process. These are reportedly in full-swing, ahead of the yacht’s keel laying date, scheduled for May 2019.

Ahead of the keel laying ceremony, Heesen will have completed the proof-of-concept and testing process, comprised of several stages beginning with the yacht’s base naval architecture and its hull form. This process includes computational fluid dynamics (CFD), tank testing and the design of the propellers and rudder system alongside propulsion specialists Rolls-Royce.

Initial stages also confirmed whether Cosmos would indeed benefit from the FDFH concept with improved efficiency, speed performance and inherent stiffness, which Heesen has reported as a challenge thanks to the yachts “All aluminium construction in order to reach the client’s desired maximum speed of close to 30 knots.” The solution for this was the development of a ‘Backbone’, which is a method of construction that would deliver the required stiffness of the yacht, without adding any additional weight that would have an impact on its performance.

For the series of physical tank tests, that took place at the Wolfson Unit in Southampton, a 3.7m segmented model of the yacht was built. Here data on the project’s hydrodynamics, resistance and speed where gathered along with a series bending forces that proved the ‘Backbone’ concept. The result of this trailing period provided Heesen with data for the structural design and fine tuning the construction method.

“Project Cosmos is raising the bar once again not only for Heesen, but for custom aluminium yacht building in general. Both from a technical standpoint and from a performance point of view we are pushing boundaries. Not only has this 80.7m project been designed to reach close to 30 knots, she has been designed for fast, 20+ knots cruising in an efficient manner.

Heesen has reported that Cosmos has a very low block coefficient. This means that the underwater body is particularly slim with nice verticals in the aft ship area, which provides optimal flow of water towards the propellers. This result with benefit the yacht’s performance along with its efficiency, ensuring fast cruising with comparatively low fuel consumption.

“Project Cosmos is raising the bar once again not only for Heesen, but for custom aluminium yacht building in general,” says Arthur Brouwer, CEO of Heesen. “Both from a technical standpoint and from a performance point of view we are pushing boundaries. Not only has this 80.7m project been designed to reach close to 30 knots, she has been designed for fast, 20+ knots cruising in an efficient manner.

“The solutions we have implemented to meet all these requirements are once again driving superyachting forward – just as Heesen has done with innovative and ground-breaking projects throughout its 40-year history.”

Cosmos will also feature variable pitch propellers that will enable the yacht to handle both high cruising speeds in excess of 20 knots, as well as reaching a maximum speed close to 30 knots, as per the owner’s desires.

The figures above were extracted from The Superyacht Report: New Build, To find out more or to subscribe, click here.