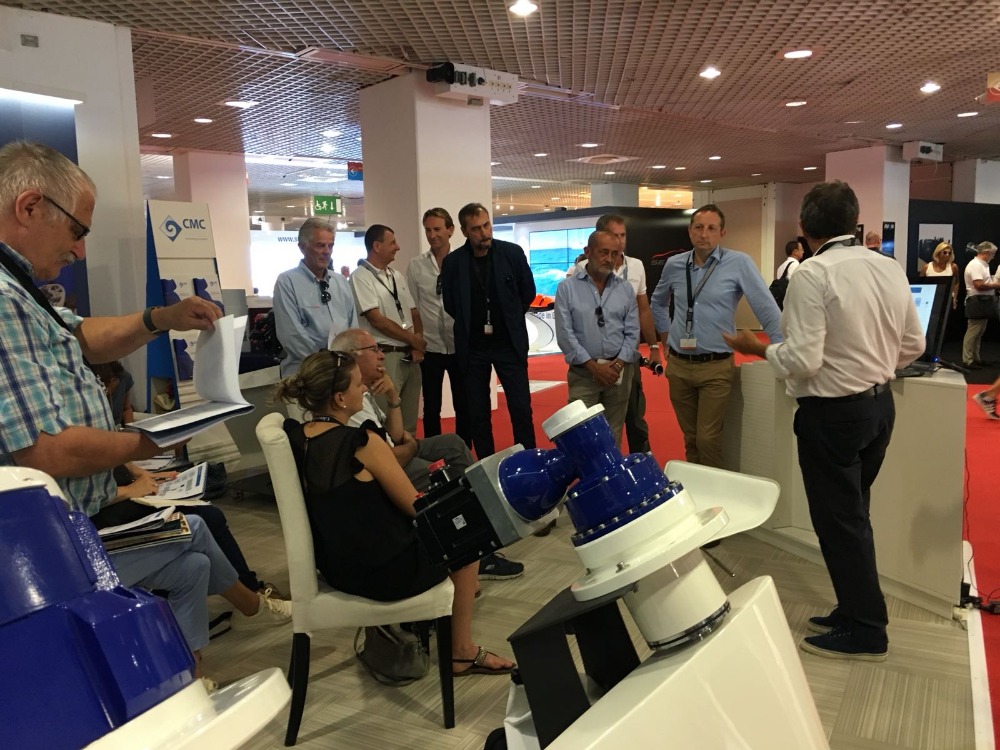 CMC Marine, the Italian stabiliser company known for its Stabilis Electra electric fin system, has made two announcements at the 2018 Cannes Yachting Festival. The first is confirmation of a partnership with marine dynamics specialists Sirenha, a subsidiary of the Paris-based Naval Group, which was first reported in issue 189 of  The Superyacht Report.

The second announcement is the first fruit of CMC's collaboration with Sirenha and it looks to be an exciting technological development for advanced motion control. Named Argo, CMC claims this is the world's first integrated steering and stabiliser fin control system. Argo comprises four modules, each one created to offer a certain level of service based on the needs of the shipyard and the owner, with software for the system written by Sirenha. The software has been designed to further improve the efficiency of the new systems and vessel control.

The first of Argo's four modules is the integrated steering and fin control system which coordinates the movement of the rudder and fins for better course stability, which should offer particular benefits in following seas as well as generating a smaller wake and reducing fuel consumption even at higher speed. "We wanted to create a system that can deliver maximum on-board safety, offering better course stability and better steering control, maintaining the yacht in a more vertical position," says CMC CEO Alessandro Cappiello. "The main beneficiaries will be displacement boats because Argo eliminates once and for all the problem of constant micro course corrections."

The second module in the Argo system adds engine management which, says CMC, in tandem with the autopilot makes it possible to control broaching either by automatically changing course or speed, or by alerting the captain via an alarm. The third module adds joystick control for the yacht, while the fourth module draws the engines, stabiliser fins, rudders and thrusters together for full dynamic positioning.

"[We are looking to] bring more value to the yachting market, and Argo is not one product but actually four systems that can be adapted to any boat," says Cappiello. "It will be particularly useful for following seas, and Sirenha – whose software and electronics control the CMC systems – has a deep understanding of hydrodynamics. The next step [will be] to merge the two control systems into a single unit that can optimise both systems to improve performance."

For more on the latest developments in stabiliser technology and integrated full ride control, don't miss issue 189 of The Superyacht Report in which we take a closer look at what the future holds for superyacht stabilisation.