On 10 February, Denison Yachting was attacked by a cyber criminal. Bob Denison shares his experiences…

On 10 February 2020, Bob Denison, president and founder of the eponymous brokerage house Denison Yachting, announced on Facebook that the business had fallen foul of a cyber-attack. SuperyachtNews speaks exclusively with Denison about his experience of dealing with cybercrime.

“I’ve had some pretty heart-breaking days in my life. The last two to three make up some of the worst, huddled around five computers trying to out-hack a hacker with the support of some great people,” read the original Facebook post. “Our website was stolen by a hacker who attempted to do all kinds of awful things, mainly trying to extort us for a bunch of money to return to our website; also claiming he stole client data (Google Services confirmed he didn’t); and texting various threats in the middle of the night about destroying my life. Altogether, pretty scary stuff.”

How much were they trying to extort?

15 Bitcoin, which at the time was about $150,000 USD. We decided very early on not to pay them. For two reasons: 1) paying thieves like this, only emboldens and strengthens their efforts and 2) there isn’t a guaranty they will actually follow through with what they’re demanding. After all, you’re dealing with blatant criminals hiding behind masked IP address and anonymous email addresses.

What specific threats were made?

The hackers made all kinds of personal threats against me and my family as well as threats to release all kinds of things they didn’t have access to: personal information, client information, accounting info. For instance, our accounting system is completely protected and on servers that were unrelated to the hacking. We learned early on, many of the hacker’s threats were false, and just for show.

Based on your experiences, how can other businesses best protect themselves?

This is a very hard question to answer, as it really depends on the platform being used, size of the company, what they offer, etc. but I would encourage every business in the yachting industry to do a complete audit on password management, domain registry protection, email servers, and best practices on basic fraud protection for all employees and independent contractors.

What advice would you give to other businesses who experience cybercrime?

If anyone in the yachting industry experiences a cyber-attack, my advice would be to 1) Contact local and federal authorities immediately; 2) Gather info and make sure no employee or client info has been compromised; 3) Take a deep breath; 4) Over-communicate to everyone, including clients, employees, contractors, vendors and anyone else that might be effected by the attack; 5) Fight like hell to gain control as fast as you can, to as much as you can. Hire experts if you don’t have them on staff already. 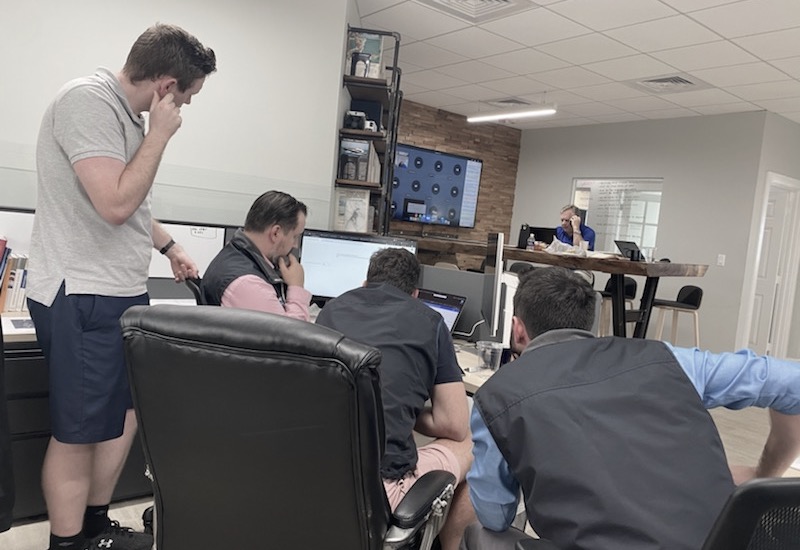 In recent years cybercrime has been one of the superyacht industry’s hottest conversation topics. Initially discussion focussed on the relative safety of the vessels themselves, however increasingly the conversation has concerned the businesses that operate within the market. Indeed, when the discussions first begun many believed that it was simply scare mongering and attempt to make superyachts and businesses part ways with even more cash. The threat, unfortunately, is very much real and the cases are seemingly becoming ever more frequent.

During the last Superyacht UK Technical Seminar, those in attendance were shown a slide that highlighted a number of successful cybercrimes committed against individuals within the superyacht market.

And these are just some of the cases that we are aware of. Due to the secretive nature of the superyacht industry, and indeed the sensitivity of the information that has been stolen in the past, we can safely assume that there have been many more cyber-attacks successfully committed against superyachts, individuals and businesses within the market. It is time to accept that the cyber-threat isn’t just scare mongering, it is very much real and here to stay.

Denison is happy to report that the cyber event is 100 per cent resolved and no sensitive client or financial information was stolen.