A platform for success

What needs to be considered for helipads on a superyacht, and when operating a helicopter on board? 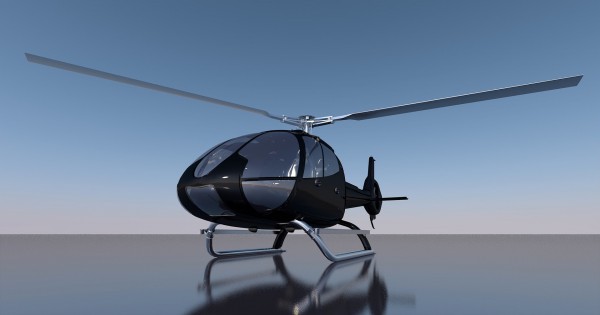 Helicopters aboard superyachts are becoming more and more common. Their convenience and ability to land directly on to a yacht means many owners are including a helipad in the design of their vessels. However, because of the confined landing area on a moving platform, there is significant scope for accidents. In addition to the training and certification required of the crew who operate the helicopter, there are a number of technological issues that need to be addressed when incorporating a helipad into a superyacht design.

“Helicopter accidents happen fast, usually involve fatalities and are never forgotten,” begins Nigel Watson, a helicopter consultant and founder of Luviair. “Our job is to fly safely. That’s our number one priority.” In order to create as safe an environment as possible, helipad technology (in addition to adequate training and well-functioning equipment) and creating a secure platform for landing is crucial.

A fundamental flaw in many superyacht designs is that there is not a dedicated helipad. On many superyachts, the helicopter will land on an area also used as a sun deck or even areas for storing tenders, and this is often a matter of discord between the designer, owner and those consulting on the safety of the helipad. “To satisfy everyone is very difficult,” admits David Nelson, a retired Royal Navy pilot and principal aviation consultant for Helidecks Superyacht Aviation. “From my point of view, the helideck should be considered and given the respect that it’s due as a machinery space. It should be respected the way you respect an engine room, and you have to treat it as such in the design. The aesthetics have to come into play, obviously, but you can do that at the same time as designing a very good helideck.”

For Nelson, the most significant consideration in helipad design is the amount of space made available for the helicopter to land on. “Primarily, size and clearance of obstacles are criteria that have to be met. At the end of the day, it is a confined area landing on a moving platform. To make it as safe as possible, you’ve got to have a very clear area.” Nelson also explains that it is very important for each helideck to feature standardised markings and visual indicators so that pilots understand completely where they should be landing. If there is not enough space for the craft to operate, the helicopter’s rotor blades may hit an obstacle, causing significant damage and potentially loss of life.

One area that has seen great improvements in safety is night flying, due to the technological advancements in lighting. The use of LED strips within the deck to indicate the exact position of the standard markings is often cited as a reason why the number of accidents or near-misses for helicopters flying at night has been reduced. Other lighting technologies are also important. “Glide slope indicators, which are three-band colour lamps, shine up from the back of the boat and give the pilot a colour sector to fly down to, [to] bring them [to] a point which is agreed as being an appropriate place to land,” explains Watson.

Both Nelson and Watson stress how important it is for helipad design, its technologies, layout and location, to be addressed at the earliest stage of any superyacht project; it is very difficult to retrofit a helipad on to a vessel for a number of technical reasons. Elements of a yacht’s design that may seem small and inconsequential can have a huge impact on the safety of helicopters coming in to land. As Nelson explains, “When you lower guard rails, they often leave a hinge that lies above the deck level, which is an obstacle. If you design it so that when they are lying flat it is level with the deck, then you have removed that obstacle for the helicopter.”

In recent years, there has been a growing number of industry professionals referring to ‘touch-and-go’ helipads. However, according to Watson, this terminology “can be used as a means of trying to justify why the vessel lacks compliance with minimum safety requirements”. Nelson agrees, arguing that the phrase ‘touch-and-go’ is a complete misnomer. “I’ve no idea where that phrase came from, but there’s no such thing. If you land, it doesn’t matter how fleeting, they have made a landing, and you only land on a helipad. What they mean is that it is an occasional-use deck, where they get the helicopter on now and again. You can’t have a touch and go, it doesn’t exist.” A report released by the Civil Aviation Authority in 2016 detailed that any helideck should have the capability to cover a ‘heavy normal’ landing, with the helideck sustaining a weight of 1.5x the maximum take-off mass (MTOM) of the machine and an ‘emergency’ landing weight of 2.5x MTOM.

As technology improves in every aspect of superyacht operations, it is vital for the dangers of helicopter landing and storage on board to be addressed at the earliest stage possible. Advancements in helipad designs and the technology that assists crew is indicative of the importance of operating safely while at sea.

This article originally appeared in The Superyacht Report.

Echoes of the future