A closer look at Azipod propulsion 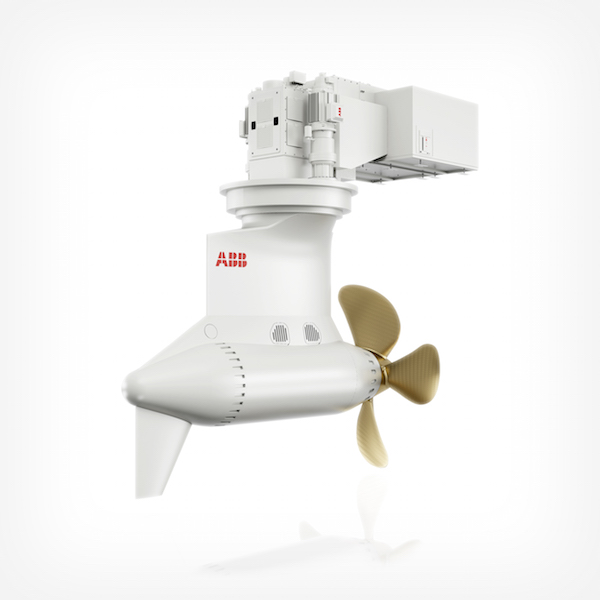 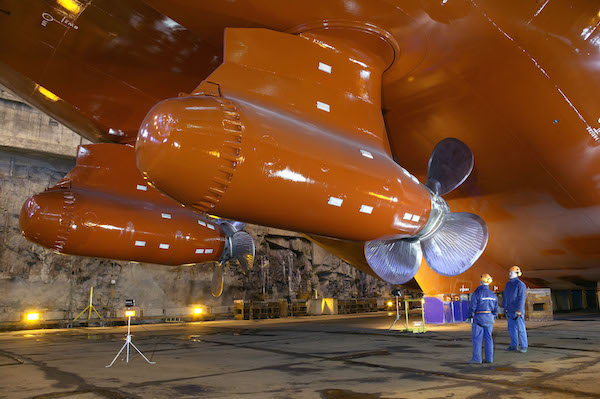 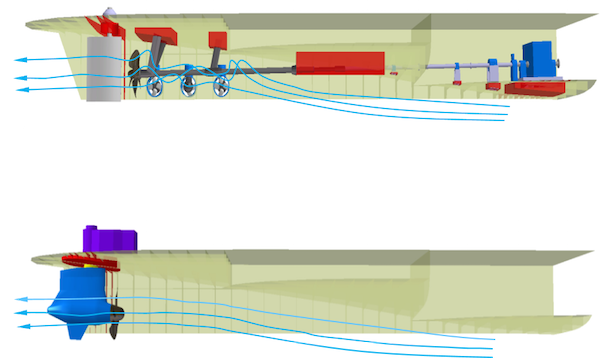 Increased requirements for safety, comfort and the environment in the maritime industry have supported the use of pod propulsion and advanced power distribution with batteries and other energy storage devices. However, the challenge for the yacht designers has been how to fit the systems, especially energy storage, into a vessel where space is already limited.

ABB’s latest technologies, Azipod D propulsion integrated with on board DC grid distribution, claim to relieve this challenge by reducing the rating and size of on board power equipment, and therefore freeing up space to incorporate energy storage, while at the same time increasing efficiency, safety and comfort. In a 2017 RINA Megayacht Whitepaper on the technologies, Kimmo Kokkila, product manager, and Jukka Erkintalo, technical bid manager, of ABB Marine and Ports highlight the advantages of Azipod D propulsion compared to conventional AC electrical power distribution with shaft-line propulsion, and the results are quite interesting.

In order to start the analysis, two alternative electrical propulsion layouts were defined for a non-specific but representative superyacht to compare several attributes between the two alternatives. The base case alternative, named AC-Shaft, is a traditional AC power plant, combined with two shaft lines with electrical on-board propulsion motors, and steering made with two conventional rudders. The alternative layout, named DC-Pod, is based on ABB’s DC Power distribution solution, on board DC grid, and has two Azipod DO1250P units for propulsion and steering.

The selected propulsion power for the base case AC-Shaft was 2 x 3500kW. According to the study, typically, pulling pod propulsion decreases the power need from five to 10 per cent compared to shaft-line rudder arrangements in the case of a twin propeller vessel with limited draft, such as a yacht. This reduction is gained from better propulsion efficiency and smaller resistance if the hull lines are optimised for Azipod propulsion.

The Whitepaper explains that decreased hull resistance with Azipod propulsion comes from several factors. The first typical pod advantage is in skeg thickness and the removal of stern thrusters and their openings. Secondly, hull lines for shaft-line versions sometimes have partial tunnel shapes to direct water to the propellers. However, these can be removed from Azipod versions and the straightened-out shape leads to a further decrease in resistance.

Thirdly, the slope of the vertical lines can be optimised as well with Azipod propulsion, since there are no restrictions on maximum available shaft length and bearing distance. “This has a particularly large impact on vessels with a low block coefficient,” the study points out. “A gentle slope angle has itself a direct influence on the viscous resistance by equalising the dynamic pressure changes around the hull, but it also has several derivative influences, such as a thinner boundary layer, which mostly affects propeller design and thus leads to better wakefield and propulsive efficiency as well.

The paper goes on to compare the added benefits of Azipod propulsion when moving from effective to delivered power. Pulling propellers receive a steady, undisturbed wakefield, which gives propeller designers a greater scope to optimise propellers for higher efficiency and/or silent operation.

In addition, Azipod propulsors can be inclined forward to be in line with the local flow (typically 2 to 4 degrees). Conventional shaft-line propellers on the other hand are typically inclined backwards at 1 to 1.5 degrees. This means that shaft-line propeller blades are 5 to 7° off the direction of inflow, which has a negative impact on the propulsive efficiency, vibration, cavitation and noise performance.

Side thrust: With Azipod propulsion, the full propeller thrust can be directed freely in any direction, whereas in fixed shaft-line rudder arrangements thrust decreases rapidly as helm angle increases. The paper states that, generally, a conventional rudder can produce only about 40 per side thrust compared to maximum ahead bollard pull thrust. The figure for flap rudders is up to 60 per cent.

“With a 360-degree freely turning Azipod propulsor, however, full thrust can be precisely applied in any direction, giving 150 per cent more side thrust than a conventional rudder,” the paper reads. “Furthermore, Azipod propulsion makes it possible to navigate astern and sideways simultaneously, which is difficult to achieve with a rudder since negative propeller speeds reduce the effectiveness of a rudder considerably.”

Turning circle: The paper goes on to show that an Azipod-equipped vessel is more likely to avoid collision than a vessel with a conventional shaft-line rudder arrangement. This is because conventional rudders typically require tunnel thrusters at the stern to assist weak manoeuvring. “However, tunnel thrusters do not work effectively at higher ship speeds, whereas the steering capability of Azipod units is effective throughout the ship’s speed range,” the paper points out. “Furthermore, Azipod units eliminate the need for stern tunnel thrusters, thus providing greater flexibility and simplicity in ship design and general arrangement.”

The more effective and safer turning capability of Azipod propulsion has been verified in the study by full-scale and full-speed turning circle tests between sister-ships MS Fantasy, with conventional propulsion, and MS Elation, with Azipod propulsion, which recorded 38 per cent reduction in tactical diameter.

Crash-stop distance with full-heading control: With traditional rudder steering, an emergency crash-stop is accomplished by reversing the propeller revolutions per minute (rpm) from positive to negative. This is time-consuming as the ship power generating machinery must go from full power to zero power, and then ramp up again to full power in the opposite direction. In practice, the vessel operating with a rudder will also lose her heading control during the crash-stop as the rudder will not work efficiently unless the propeller is producing thrust for it – and at negative propeller rpm there is little thrust available for the rudder at all.

This means that ship heading and direction during the crash-stop are effectively at the mercy of the elements and determined by prevailing environmental conditions, including current, wind and waves. “In Azipod vessels, the crash-stop can be accomplished in the ‘pod-way’ by steering the Azipod units outwards 180 degrees and keeping positive propeller rpm during the whole crash-stop,” the paper outlines. “This shortens the crash-stop distance considerably – typically by at least 50 per cent.”

The Whitepaper explains that, in the Azipod unit, there are no noise-generating gears and the pod motor and its shaft are located completely outside the ship hull. An Azipod unit’s pulling propeller receives a steady undisturbed wakefield, which gives propeller designers greater scope to optimise propellers for silent operation compared to a conventional pushing propeller with rudder.

It adds that disturbing vibrations caused by manoeuvering in ports with high rudder angles are also avoided as the Azipod propeller and its housing rotate as a single unit, meaning there is never a high angle of attack between them. Noise and vibration caused by stern tunnel thrusters are avoided as these are no longer necessary when adopting Azipod propulsion.

The aforementioned aspects are one reason why Azipod propulsion features are so commonly used as a solution on large cruise ships since Comfort Class requirements are easier to fulfill than would be the case with conventional shaft-line rudder propulsion arrangements.

Based on a detailed comparison, the study finds that the DC-Pod alternative reduces the on-board footprint needed for the main power plant and propulsion equipment by 46 per cent compared to the AC-Shaft alternative. Most of the footprint saving with the DC-Pod alternative is gained by being able to remove the certain equipment, including on-board propulsion motors, main switchboards, shaft lines, harbour generator and aft tunnel thruster motor, drive and transformer.

The weight saving, considering only fully comparable power-plant equipment, is 27 per cent with the DC-Pod alternative. “We expect that weight saving with the DC-Pod would be further increased if the detailed hull structure would be designed for both alternatives including, for example, rudder, stern tube, shaft line and its supports, brackets and bearings for the AC-Shaft alternative,” the paper concludes.

We take a deeper look at the current market for pod drives in issue 181 of The Superyacht Report. To apply for your VIP subscription of the magazine, click here.