SuperyachtNews.com - Press Releases - Reverse-charging VAT on imports as an alternative to the French commercial exemp

Ince Co has just received official confirmation from the Central Office of the French customs authority confirming that the reverse-charge mechanism on import is available to commercial yachts. What does this mean? Non-EU flagged commercial vessels must b… 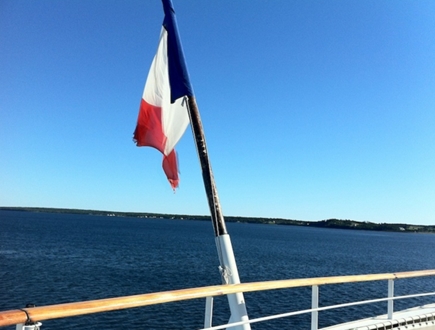 Ince & Co has just received official confirmation from the Central Office of the French customs authority confirming that the reverse-charge mechanism on import is available to commercial yachts.
What does this mean?

Non-EU flagged commercial vessels must be imported in order to be able to operate commercially in the EU. Normally, VAT is charged on the importation at the full rate, except if the yacht can benefit from an exemption from VAT.

One such exemption available is the now famous “French Commercial Exemption” (or “FCE”), which is conditioned on the yacht carrying out at least 70% of her navigation outside French territorial waters. This has led to some confusion for operators regarding how the 70% condition is assessed in practice, especially in light of the concept of a “qualified trip”.

The yacht is then released for free circulation and can operate commercially in the EU.

How is this useful?

This is an interesting alternative to the traditional FCE regime in that there is no requirement of 70% of navigation outside French territorial waters. This means that the yacht can operate for extended periods of time in the Mediterranean without needing to worry about meeting the strict navigation requirements of the FCE.

There is still, however, a requirement of actually carrying out a commercial activity, and thus all use of the vessel must be documented by a charter or transport contract, with payment of charter fees at the applicable market rate and payment of VAT, if applicable, on the charters, as is already the case under the FCE.

What is the downside?

Purchase of goods in France will no longer be exempt from VAT but instead the VAT will need to be paid and subsequently reclaimed the following month. This should not have a significant impact on routine supplies but may have an impact in case of a refit in France as VAT would have to be paid before obtaining a repayment a month later.

Who can benefit from this?

Reverse-charge on import is most accessible and viable for non-EU yacht-owning companies wishing to operate in the Mediterranean. EU yacht-owning companies must meet additional requirements (there are four criteria to respect, including the evidence of at least four previous imports made in the EU customs territory within the last 12 months) which make it unlikely that they would benefit from the regime.

To apply for an authorisation, the owning company must be registered for VAT in France, obtain an official EU customs registration number (EORI number) and meet the requirements laid out in the French General Tax Code.

The importation needs to be carefully planned as (i) the amount of time it will take to open a VAT position in France can vary from a few days to a few weeks and (ii) prior authorisation from the French customs is necessary.

Please note that the above is not legal advice.  Your usual contacts at Ince & Co are at your disposal to advise further on this topic.