Recent reports from the south of France have highlighted an increase in the scrutiny to which superyachts operating in France are being subjected to. More specifically, this scrutiny takes the form of a closer examination of whether the yacht’s operati… 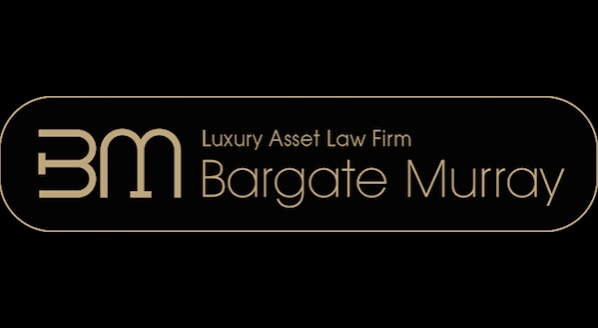 Recent reports from the south of France have highlighted an increase in the scrutiny to which superyachts operating in France are being subjected to.

More specifically, this scrutiny takes the form of a closer examination of whether the yacht’s operations and crew are to be deemed subject to French jurisdiction. From a yacht owner’s perspective, this manifests in two principle ways:

1.     Any disputes between the crew and the entity that employs them may be deemed to be subject to French law, even if the relevant employment contract provides for disputes to be subject to the laws of another jurisdiction.

2.     Any crew that are deemed to be French resident are at risk of being deemed subject to the French social security system for seafarers (ENIM). If such a finding is made, the employer of the relevant crew could be held liable to make contributions into the ENIM system equivalent to around 40% of their gross salary.

More importantly, the Decree puts in a place a simple 181 day test to determine whether or not an individual is deemed to be French resident. The ramifications are obvious – individuals that crew yachts that are habitually kept in French waters are now at risk of being subjected to the ENIM system resulting in deductions being made to their salary.

The applicability of the Decree is subject to grace period which lasts until 01 July 2017, to give yacht owners and crew employment some time to arrange their affairs in a manner that is compliant with the Decree, but his expires on 01 July 2017.

Historically, yachts that operate in France (and elsewhere) have been treated in the same manner as commercial vessels i.e. they are viewed as mobile and so are linked solely to their Flag State jurisdiction, or rather, as not having a link to another jurisdiction that is strong enough to supplant the law of the Flag State.

With yachts being habitually kept at berth in one place for longer periods of time however, this principle is being put to the test.

A number of reports coming out of France now say that the French authorities are examining the operation of yachts in France much more carefully, specifically with regard to the extent of the link they have to France. With the publication of the Decree, it would not be unreasonable to expect further increased scrutiny of yachts operating in French waters. It is imperative that anyone involved in the management or operation of a yacht that spends time in French waters, is aware that there is an increased risk that the French authorities may assume jurisdiction over matters related to the employment of their crew, and determine that the crew are French resident and therefore subject to ENIM.

Here is a short summary of the potential impact of these points:

Traditionally, yacht crew are employed on the terms of Seafarer Employment Agreements (SEA’s) which usually provide that the laws of the Flag State are to govern any dispute or difference between the crew and their employer, and that any such dispute should be submitted to the courts of that Flag State.

However, as a matter of law which has its root at EU level, if it can be established that the relevant crew habitually perform their job in French waters, then the French courts may determine that the “natural” law that should apply to the SEA is French law, which cannot be shut out by a clause that provides otherwise.

The knock on effect is that French law and procedure may apply to the employment of the crew, the procedures to be followed in the event of a termination or dispute, and the potential relief and damages available to the crew. This includes the following:

-       Application of the French dismissal procedure which some would say is weighted heavily in favour of the employee, to address a perceived imbalance in bargaining power between employer and employee.

-       An indemnity for unfair dismissal that is usually quantified at six months' of the crew's salary.

The question of whether or not a yacht and her crew have a sufficient “link” with France depends on a combination of factors, such as length of time the yacht spends in France vis-à-vis time spent in other jurisdictions and whether or not the yacht is subject to a long term berthing agreement there, but each situation will be fact specific and therefore should be looked at on a case-by-case basis. It goes without saying however, that the crew of busy charter yacht that spends time in various Mediterranean jurisdictions throughout the year are less likely to be deemed habitually employed out of France than, say, a private yacht that is kept quayside for the majority of the year.

It is already the case that crew that are deemed French resident and working in France should arguably have been registered with the ENIM, but the publication of the Decree has certainly thrown the issue into the spotlight.

Put shortly, any entity which employs crew that are deemed French resident and who are not already registered with another EU social security system, are very likely to be found liable to pay into the ENIM system on behalf of those crew. That entity will be liable to make the same French social security contributions (ENIM contributions) that fall on any French based employer or employer of crew that work on a French-flagged vessel.

It is not possible to shift the crew’s ENIM liabilities onto the crew by contract. Both the ‘crew side’ and ‘employer side’ ENIM contributions must be accounted for by the employer. The question of whether the “crew side” portion of this contribution can be deducted from the crew will usually be a matter for the contract between the crew and the employer but we are talking about a liability of 40% or more of the crew’s wages being paid into the system. This could represent a significant increase in crew costs for some employers and owners.

If the employer does not make the appropriate ENIM payments and this is discovered by the authorities, then up to 5 years worth of ENIM “back payments” can be demanded by French authorities in addition to interest on the same. Additional financial penalties can also be levied and, at the extreme end of the scale, criminal liability may attach to the controlling minds behind an organisation that has avoided its ENIM liabilities (in other words, the directors).

Yacht owners and crew employers with links to France will need to keep watchful eye over these issues as they develop during the course of the summer charter season, particularly once the grace period for the Decree expires on 01 July 2017.

We are aware that various interested parties are planning to make representations to the French authorities in the coming months in an effort to soften the impact of the Decree in particular but there is, of course, no guarantee that this will bear fruit.

For now to avoid any surprises, it is probably prudent for the relevant parties to carry out a review of their arrangements and the take time to consider what action, if any, they should take in response.

© Bargate Murray Limited, 2017.  All rights reserved. This article is for information purposes only. The information and opinion expressed in this document does not constitute legal advice and should not be regarded as a substitute for legal advice.