With the delivery of the 42m MY RUYA from Alia Yachts in February 2016, West Nautical’s Operations Manager Tom Leyland interviewed Captain Casey Burrows regarding the taking of her first command, her involvement in the new build project and her care… 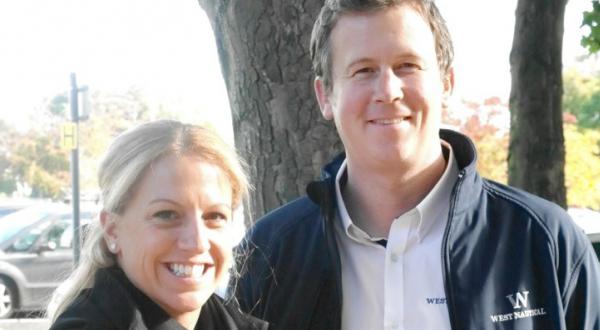 With the delivery of the 42m MY RUYA from Alia Yachts in February 2016, West Nautical’s Operations Manager Tom Leyland interviewed Captain Casey Burrows regarding the taking of her first command, her involvement in the new build project and her career so far in an industry where females all-too rarely get to the top.

Casey first ventured to sea as crew alongside an experienced female captain on a Whale watching boat based out of Brisbane, Australia, conducting very successful tourist and eco-cruises. She quickly learned of the yachting industry, and moved across in 2008. Initially advised to become a stewardess, Casey did so to get her foot onboard but with crew departures and an opportunity to show her deck skills, she soon moved departments and worked on deck where she felt much more at home. Casey proceeded to quickly accumulate seatime, working dual seasons on charter boats then limiting holidays to squeeze in the required courses needed, and she soon achieved her Master 3000 GT licence.

As a Female Captain do you still feel like there is an element of Pioneer surrounding you?

Not at all, coming up the ranks I’ve had some funny reactions from people and suppliers, especially shipyards(!), but it never bothered me. I enjoy the job and industry, and just can’t see myself doing anything else. My passion for the sea and yachting is too strong for me to worry about that stuff.

Is it a job that appeals to Women?

Hmm, not sure and when I use myself as the example I don’t really understand why there are not more! I definitely feel that there is as much potential for women to progress – the deckhand years are hard though :-)

Okay, so you’re first drive and a new build as well! How are you finding that and is there anything inadvertently keeping you awake at night?

I would be naïve and lying if I said no….! Safety is the primary concern at the moment, soon we are going to head out to Sea. Is the yacht safe, have we checked everything properly, will we have any issues or incidents which will put peoples lives at risk….?

Having made the step up from Chief Officer where you support the crew and assist the Captain with no true understanding of the responsibility that comes with command, this is a big step and it is something that only dawns on you once you are in the role for the first time.

Separately, the financial responsibility is new. The vast sums of money involved and the loyalty you have to the owner as well as protecting their interests, but also making sure the job is done properly, is something you don’t realise until you’re responsible and accountable.

Do you believe in doing the best for your crew, no matter what?

Crew can be spoiled sometimes but the dream is to create a great team as that reflects back, not only on myself, but on the yacht and the owners. They and their guests certainly pick up on crew harmony and happiness when onboard, with this enhancing their experience further.

Yes, it is difficult to meet their every demand whilst still representing the owner properly, and of course a lot of crew have their own plans and aspirations and will move on regardless of what you offer them, but it is definitely creating and being part of a team that adds to the special nature of this job. Personally, I much prefer the setup on smaller yachts where almost all the crew have to muck in and help each other given the size and scale of the operations, it much less de-compartmentalised…. And more like a family.

New build difficulties? How much have you been involved in the process?

I arrived 2 months before the projected delivery date of what has been a 3 year process. This has been delayed somewhat now but its fair to say I have come in at the end for a well planned and managed project. Difficulty wise, I have come across nothing major, but I do feel the pressures of timescales and owner expectations whilst making sure the jobs are completed properly, this is presently my biggest challenge. If managing expectations has been my biggest challenge, knowing how to balance my workload and time scale with the challenges of the role has been the most frustrating! As a Captain, you want everything done to the best possible standard, your owner wants the yacht delivered on time and as agreed at no extra cost, and the yard want out to get paid – at some point these things line up and everyone is happy!

Prior to hand over, the lack of control and authority on schedules and being able to get things organised on the boat has proven to be frustrating at times, so this is a big learning curve for me. Having a great relationship with the yard and owners project managers has helped immensely though, especially when finding solutions to unplanned problems. Anything can be solved when everyone works together.

If in from beginning, what, if anything would you have liked to have been done differently?

There are many things in hindsight and drawing on my operational experience that I could have had an impact on and done differently, although different is not necessarily better!! The project managers and other build team members were involved from the start, and they did it the way that worked for them and I respect that. For this project, the owner has worked directly with the project manager continuously which meant a lot of the stress of enforcing their expectations was removed as well as allowing time to familiarise myself with them, and the project, better.

Given the opportunity in the future of doing another build, I would hope to be involved in the project at least 1 year before delivery, and especially of working with the project managers, that would ensure more time to affect and assist with any difficulties found along the way.

Does a management company assist both the Captain and the Owner during a new build scenario?

Definitely, and ideally a management company would have been involved from the start involved in the specification review and planning etc. In this case however, management came in later, but still in time to assist and advise with Flag registry issues, safe manning requirements, MLC etc and the setting up of the yachts fully compliant management system as well as assisting in ensuring all the crew were in possession of the required certificates.

This is a massive help to me as the captain, when I came to the yacht there had been no Captain for a period of time, with a lot to catch up on and being involved in a new build scenario means my attention is not focused on the normal operational aspects of a command, so the support and assistance given by the managers was invaluable. Having access to advice on the end of a phone and being able to utilise their established channels of communication with Flag and Class certainly helped get things done quicker.

From an operational perspective, can using a management company be a good way to confirm and justify your role and help enforce the yacht is being run correctly?

Yes, with a well set up system it makes a world of difference and the time saved is invaluable. Nobody is perfect and with the rules and regulations ever changing, along with owner demands, today it is almost essential to have that back-office back-up and support from ashore to ensure things aren’t missed accidentally or through complacency which could cause greater problems for the yacht or unnecessarily dangerous situations to occur on board.