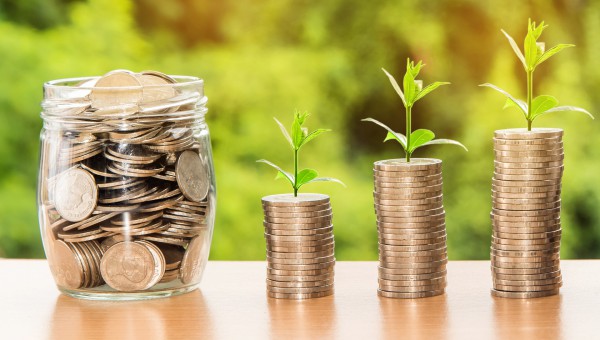 The landscape of global wealth is changing, and the makeup of the ultra-high-net-worth (UHNW) population is more diverse today than ever. The spending power of millionaires and billionaires in the Middle East and Asia has grown, for example, leading many individuals and businesses to adjust to this changing wealth landscape. Among the shifting dynamics of UHNW nationalities, there has also been an unprecedented increase in the number of UHNW women globally.

Late last year, WealthBriefing published a report entitled 'Winning Women: Key insights for wealth firms targeting today's dynamic female clients'. Although primarily focused on how wealth management firms can understand (and thus better engage with) UHNW women, many of the report's findings are applicable to the superyacht industry. "The background for the report is essentially due to a lot of research emerging that is saying women now control around a third of global private wealth, [but] they are not very well served by wealth managers," begins Wendy Spires, global head of research for WealthBriefing and author of the report.

One of the primary conclusions of the report is that the power of women's wealth across the globe is considerably underestimated, despite its continued growth over the past decade. Looking specifically at European countries, the report outlines how between 2014 and 2015 in the UK, female wealth increased by 73 per cent, amounting to over £2.3 billion. The previous year in Germany saw female wealth increase by 148 percent, from £600 million to £1.5 billion.

Looking further afield, the cultural impact of addressing female wealth in regions such as the Middle East can be hugely beneficial to wealth management companies. "There are lots of women living in places you wouldn't expect, such as the UAE, who are actually controlling businesses, controlling lots of wealth," explains Spires. It is now estimated that women control 22 per cent of wealth in the region, which is approximately $500 billion; the report also forecasts that women's investments in Saudi Arabia alone "would reach $18 billion by 2018." Further, when looking at the Asia-Pacific region, long seen as a huge potential market for superyachts, the report argues that "the face of wealth has changed dramatically from what it was a generation ago. Today it is increasingly young, self-created, and female."

For Spires, these findings are vital in business practices moving forward. "It's about thinking about women in every element of the offering, whether that be marketing, investment product, design, how relationships proceed. One of the keys to doing that is to have women as part of your organisation, if you haven't got women embedded in your front line, on the board, in the marketing team, or in the technological team, there's a very good chance that you'll miss out." She adds that that in certain circumstances, many wealthy women from conservative cultures (such as the UAE) would not be able to have a male advisor, therefore having prominent women within an organisation can be beneficial.

"It's about thinking about women in every element of the offering, whether that be marketing, investment product, design, how relationships proceed. One of the keys to doing that is to have women as part of your organisation, if you haven't got women embedded in your front line, on the board, in the marketing team, or in the technological team, there's a very good chance that you'll miss out."

Katherine Ellis, group business development director at Boston Multi Family Office, who actively works in the superyacht industry, contributed to the report and echoes this viewpoint. She explained to SuperyachtNews that she noticed a gradual change in their clients, and this was partially a result of the number of women within their organisation. "We have females in senior positions in our company, by merit, experience and specialism. About six months ago, I was looking at our clients and looking at where there has been a shift in the last few years, and it's to a book with more female clients." Ellis contributed an essay to the report, outlining the importance of 'critical empathy' when working with UHNW women. "Empathetic organisations will naturally have more women in senior roles, as these environments are more conducive to the advancement of women. They are not, counter-intuitively, likely to feature board quotas or other 'forced' diversity measures," she argues in the report. Ellis highlights the fact that empathetic business is expensive (in both time and monetary terms), but will pay dividends once a female client's loyalty is secured.

An area where there are many parallels between the wealth management field and the superyacht market is the advertising and marketing used to promote a product or a service. "Your typical wealth management advert, for the UHNW market, will show a man in his 50s possibly piloting some kind of craft or vehicle, looking out to adventure," says Spires. These same tropes are certainly found in the advertising within the superyacht industry, and evidently aren't attracting wealthy women, with the report quoting that a staggering 91 per cent of all women aged 46-55 don't believe that advertisers understand them. "Women tend to be either absent in advertising or very much the secondary player," adds Spires, "To see something where women are more prominent would be novel, and also quite powerful."

Of course, it is important not to use reductive terminology or make sweeping generalisations. However, it is vital for all those negotiating in the UHNW space to understand that the tactics and business practices used decades ago will not necessarily work as well in today's market. As Spires concludes, "The trend of female wealth is just going to grow and grow as women participate more in entrepreneurship. For them not to be addressed is remiss."

"I was born on the water"