The three stages of entrepreneurial business

Earlier this week, SeaNet Europe, the pioneering superyacht co-ownership business, announced that it had successfully sold a 42 per cent share in the 52m Sanlorenzo-built Seven Sins to a European buyer. Traditionally, fractional/co-ownership models have been met by cynicism. SuperyachtNews spoke with Matty Zadnikar, CEO of SeaNet Europe, about whether or not the market’s attitude towards co-ownership has begun to change as the SeaNet project continues to gather momentum.

“As an entrepreneur, I have launched new ideas in a variety of different fields in the past and you always pass through the same phases,” started Zadnikar. “The first phase is very simple, people just tell you that it can’t be done. When I first launched SeaNet Europe people within the market were very polite, probably because I am a superyacht owner myself and they saw me as a potential client, but they didn’t believe that the project would work.

“Phase two is when people concede that it probably can be done, but they still believe that it’s not worth doing. We are now three years into the business and we have signed seven deals, the industry is starting to realise that we are here to stay. 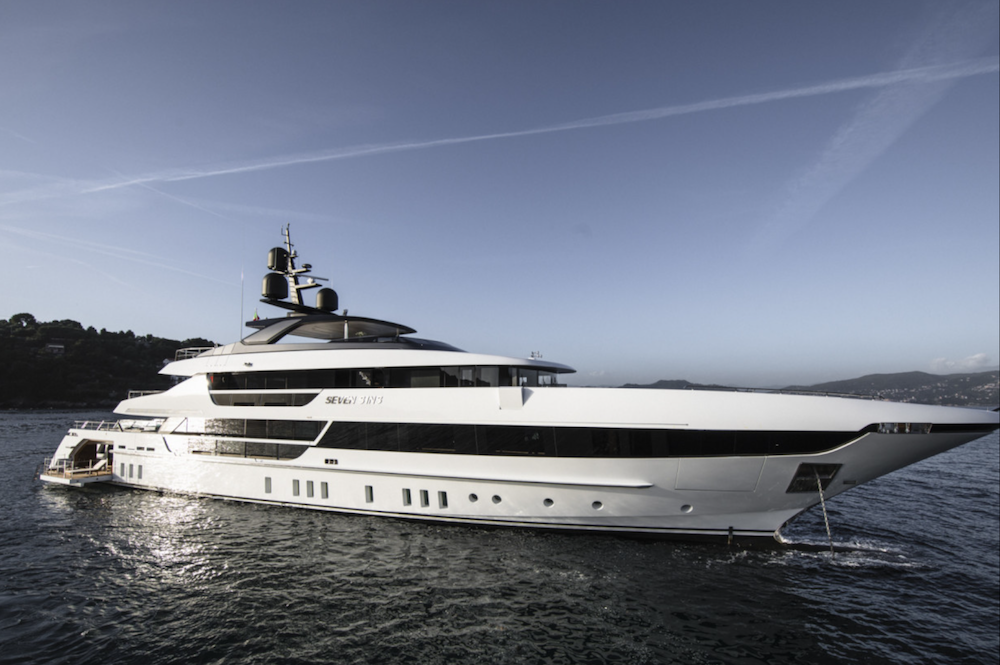 “In phase three, everyone tells you how they knew it was a good idea all along and you start to see new entrants to the market when the model has been proved. At present I would say that we are still in phase two, but we are well on our way to phase three. It took me two years to close the first 29m yacht, I sold the first share very quickly, but it took me almost another year to get the next share. Now we have also closed a 35m, closed a 52m that we have been working on for half a year and we have another 35m that I am hoping to close during the show reason.”

Zadnikar points out that, while the superyachts themselves are getting bigger, the lead time between the successful completion of share sales is getting shorter and shorter. Furthermore, this model is not being used as an entry level model for clients who are yet to reaching the dizzying heights of the world’s wealthiest individuals.

“The gentleman that bought the 42 per cent share in Seven Sins is a billionaire. He is a hard-working guy and a very keen businessman, but he was unwilling to pay around €25 million for a yacht that he was only going to be able to use for a maximum of five or six weeks a year. We made multiple proposals for smaller vessels, but he wanted something bigger and so we found Seven Sins,” continues Zadnikar. 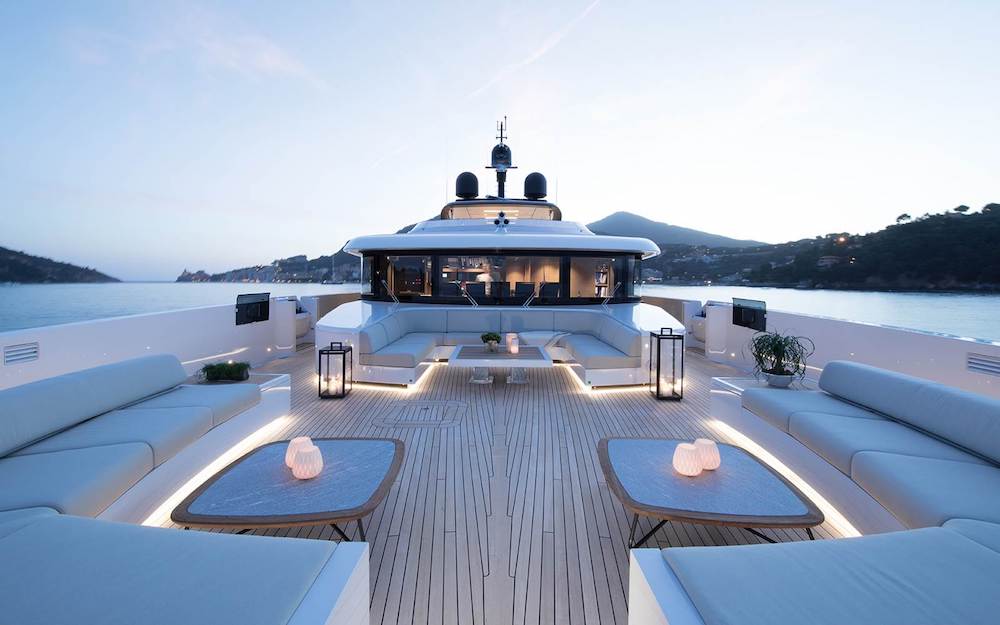 Upon speaking with the owner of Seven Sins, Zadnikar learnt that the 52m was an incredibly successful charter vessel. Like with many other owners of superyachts, the owner of Seven Sins chartered extensively as a means of mitigating some of the costs of ownership. However, by selling a 42 per cent share of the vessel he essentially vastly reduced his requirement to charter, given the cash injection from the new stakeholder.

It is no secret that the most popular second-hand sales vessels and charter vessels are, to use brokerage parlance, “new or nearly new”. Indeed, the most popular are three years old or younger or, at a stretch, five years or younger. Having been delivered in 2017, the owner of Seven Sins began to have doubts about whether or not the vessel would continue to be as popular as it had been in the past, making the co-ownership model even more attractive as a proposition.

“When I first started in the business, the tagline for the company was ‘Luxury yachting through shared ownership’. My tag line today is ‘Custom yacht ownership’. In business you learn by evaluating your business’ strengths and weaknesses. What I noticed very clearly was that language like fractional ownership and co-ownership was off putting for certain people without them even understanding the model,” explains Zadnikar. “Today, I am no longer selling fixed co-ownership models, I am speaking with owners like an architect would when designing them a house or superyacht.

“When an architect engages with a client, they don’t just start designing a house immediately, they start talking to you and asking lots of questions. They want to know how you plan to use your house, where your favourite places are, how important food is to your family culture and so on. As a result, they design something that suits your needs, this is what we are now doing with co-ownership.”

Zadnikar had noticed that, when speaking with owners and potential owners about mitigating costs, the idea of co-ownership was off putting. Indeed, most owners, at least those that wanted to mitigate costs, explained that they were going to charter the vessel. Upon delving deeper into the charter model, Zadnikar noticed that a number of owners didn’t fully understand the nuances of charter.

“Do you know when charter guests will want to use the boat? Do you know how charter guests will use the boat? After a few questions on the fundamentals of chartering, it soon became clear that the owners were really unaware what charter means,” says Zadnikar. “You aren’t going to get €100-300,000 for guests to use the yacht in April, May and October. As the owner, you will often get left with the shitty rainy weeks if you want to charter effectively. Plus, why share your superyacht with 30-plus guests that you don’t know, when you could share it with one or two other like-minded individuals that have invested in the asset and have a vested interest in its upkeep?

“When I evaluate the owners that have bought into the SeaNet co-ownership model, there are now seven individuals, six of which have net worth’s in the region of €100-500 million and one who is a billionaire. So, the inability to buy a whole vessel is a moot point, they just don’t see an attractive value proposition in the purchase of a whole vessel.”

In order to enter phase three, "when everyone will point out that they always thought co-ownership was a good idea", Zadnikar believes that he needs three vessels operating within, and managed by, SeaNet Europe’s co-ownership model. This is exactly where the business is operating at today. However, given the amount of money required to bring a new brand into the market, Zadnikar believes that the business will be operating at an acceptable level of profitability by the close of 2020 when the business will have four or more vessels on its books.

Investment in the superyacht industry