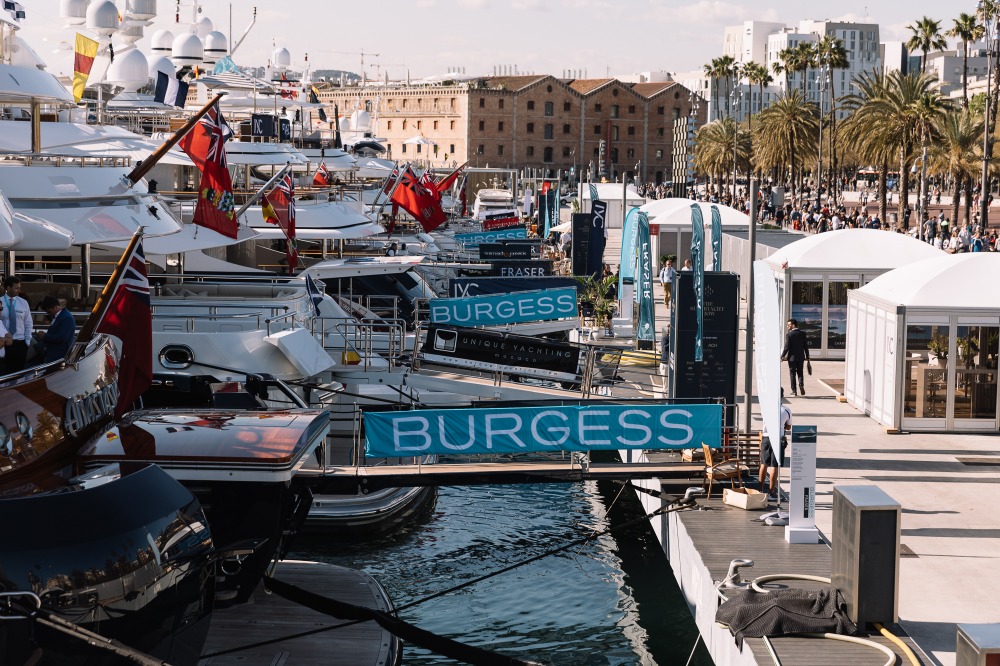 Truth be told, while I liked the concept, I had subdued expectations for The Superyacht Show. I wasn’t sure if the weary Spanish show season-goers would have the stamina for a third successive jaunt, and I wondered if this event might be too exclusive and a bit of a buzz-kill.

But, apart from the recurrent opening of the heavens, the show had the right ingredients to deliver on its client-centric brief: a line-up of 22 of the finest brokerage boats money can buy, represented by top brokerages; a well-situated marina that can pack together 70m boats like a Sunsail fleet; a handful of luxury vendors to boost the vibes on the dock; and a fantastic city on the doorstep that is oozing with culture.

As promised, it was a boat show for the buyers. Yes, it was a slow-moving four days, and you could have heard a pin drop at points, but you’ll never catch a big fish if you don’t cast a line, and patience is a virtue. The brokers I spoke to were in agreement that they would prefer to have one or two qualified buyers looking around each boat every day – which they did, by all accounts – than 50 unqualified viewers. Not only are they then conducting worthwhile viewings, but it frees up their time to see the other boats, which is a crucial catalyst for yacht sales.

Frank Grzeszczak Jnr of IYC hit the nail on the head: “Most of the best brokers in the world are at this show, and if they’ve had a look around the boat we’re sitting on right now, then there’s a very high chance it will be one of them who sells it.” And Roberto Giorgi of Fraser concurred: “Only one of these yachts has to sell for it to be a worthwhile show.”

The established international shows will always have clout, and they remain must-attend events; no serious player in this market would even entertain the thought of not attending the Monaco Yacht Show (MYS). But these shows have as much a B2B, trade-show focus as B2C, representing a marketplace for the industry as a whole. Premiere shows such as MYS, METSTRADE and FLIBS are on a vast scale, which showcases the superyacht industry rather than a focus on brokerage yachts alone.

I’m sure that most pedigree buyers love the hustle and bustle of these shows, as new build contract activity at MYS each year indicates, but if they are not for you then when else during the year can you see multiple large yachts and compare apples to apples? Well, you're short of options.

Following years in the shadows, and with no clear industry agenda, from what I observed during the show, the LYBRA members now want to contribute more tangible capital to the association to make a difference. And creating smaller exhibitions for the larger brokerage yachts in the fleet, with a very controlled traffic flow, produces an alternative shop window to the large international show circuit.

The plan for next year already is to lift the exhibition to 35 yachts and fill an entire dock, but the secret to The Superyacht Show's future success, one would think, is to keep the show small and focussed.