SuperyachtNews.com - Owner - The race to save coral reefs

How the superyacht industry could help protect these precious ecosystems… 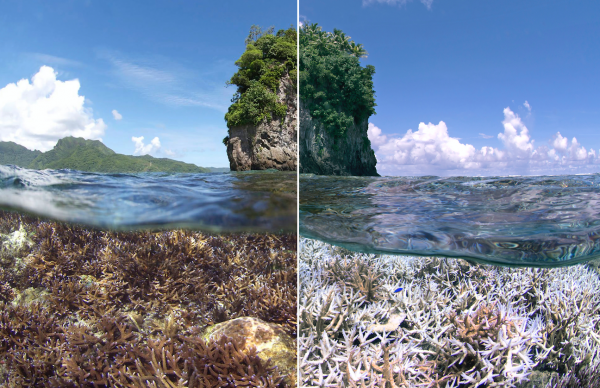 For many superyacht owners and charter guests, scuba diving is one of most enjoyable experiences you can have while on board. The opportunity to dive among coral reefs and to explore these incredible underwater environments across the globe, from Australia to the British Virgin Islands, has always been a huge appeal for superyachts.

However, many of these delicate ecosystems are on the brink of extinction due to the negative effects of climate change. Primarily, the warming of the oceans that contributes to coral bleaching and the spread of infectious diseases, which kills off the coral. This, as well as other ecological impacts including the changing of storm patterns, ocean acidification, sea levels rising and altered ocean currents, all as a result of human behaviour.

The Ocean Agency, who documented the destruction of coral reefs in the film Chasing Coral, is hoping to engage with the superyacht market in order to slow the damage to these environments and help with their preservation. “The superyacht industry can play a huge role. Owners are some of the world’s most powerful influencers and can raise awareness of the issues coral reefs are facing and can persuade stakeholders to act,” says Stephanie Roach, senior programme manager for The Ocean Agency.

Furthermore, as yachts themselves enjoy these ecosystems on excursions, they will see firsthand the importance of preserving the coral reefs for future generations, and the destruction that has already taken place. “Superyachts and their crew are often in the most pristine reef locations where action is most needed – the yachts can be used as media and science platforms and as a way of engaging with local communities and stakeholders,” she adds. Ray Dalio's Alucia and Ted Waitt's Plan b are excellent examples of this. The Ocean Agency is already working with a number of superyacht owners and high-profile brands, such as the Tiffany & Co Foundation, to raise the profile of this issue and hope that more owners and crew will join its commitment to the cause.

“Superyachts and their crew are often in the most pristine reef locations where action is most needed – the yachts can be used as media and science platforms and as a way of engaging with local communities and stakeholders.”

There is a sense of urgency when discussing the deterioration of coral reefs, which has increased exponentially in recent years. “Over the last three years, we have seen the biggest coral die-off ever. We are rapidly running out of time to save them,” explains Roach. In addition to the coral itself dying, a recent study found that 11 billion items of plastic pollution were found on a third of coral reefs surveyed in the Asia-Pacific region.

The Ocean Agency is the official coordinator for the initiative ‘The International Year of the Reef’ to raise awareness of the cause and the ways to positively alter the current time frame of coral deterioration. “The Year of the Reef is about getting everyone involved. There’s a growing excitement that saving coral reefs is now possible – despite all of the doom and gloom,” concludes Roach. “And we want this message heard loud and clear.”

As the superyacht market’s consciousness about environmentalism continues to grow, this initiative is a way to use superyachts as a platform to preserve an ecosystem for future generations to enjoy. The Superyacht Group is supporting The Ocean Agency’s work as part of our ‘Chari-Tee’ campaign. To find out more and purchase a charity t-shirt, click here.

A plastic-free option for owners