In proclaiming the Caribbean is up and running, we run the risk of devaluing the much-needed relief effort… 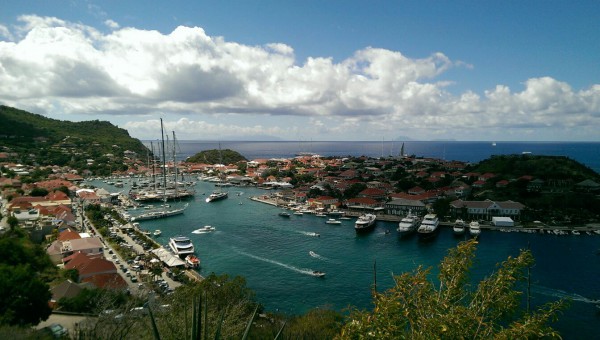 ‘Open for business’, ‘back up and running’ and ‘returning to normal’ are a number of phrases the superyacht industry has been presented with in dialogue pertaining to the Caribbean, after the recent wave of destructive hurricanes and storms – and this was very much the message from Norina Edelman, of International Marine Management, at The Superyacht Forum in Amsterdam last week.

The message is an important one, so much so that we also asked Edelman to write our Owner guest column on this topic in issue 183 of The Superyacht Report (out next week – apply for a complimentary 12-month VIP subscription here). In her column she says, “I will not say that there has been no destruction. We all know that is not the case. But what was most surprising was that things were so much better than I had expected … We need superyachts to come here this season, yes. But you may not even realise it by the time you arrive.”

The Caribbean-focused session at The Superyacht Form last week very much looked at which infrastructure is up and running, which airports are operating, the capacity of marinas, all supported by a selection of photos of superyachts entering Caribbean waters, with a clear message: the Caribbean is fine – superyachts should still come here.

By portraying too strong an image of survival and even one of a thriving destination, we run the very dangerous risk of indirectly suggesting the Caribbean no longer needs our help, when it absolutely does.

As an industry we must be careful. We must find a balance, between ensuring we don’t scare superyachts off with images and stories of mass destruction, but at the same time not telling everyone that everything is as it was and that people can have the same Caribbean season as last year. Not only is the latter untrue, but by portraying too strong an image of survival and even one of a thriving destination, we run the very dangerous risk of indirectly suggesting the Caribbean no longer needs our help, when it absolutely does.

This was something Norma Trease touched upon in the same session last week, focusing on what Yacht Aid Global and the Superyacht Aid coalition had done to help rebuild the regional infrastructure and support local communities. And then, someone in the audience made a very good point. Trease highlighted that, already, over $100,000 had been raised – an impressive figure but, in the context of the money behind and within the superyacht industry, the figure suddenly becomes less impressive. Now that’s not to say the work of the two aforementioned charitable organisations shouldn’t be praised – indeed, the relief effort thus far should certainly be praised, and loudly. It’s not been long since the destruction in the Caribbean, and $100,000 is, especially in the context of some of the smaller communities in the region, significant in the rebuilding of infrastructure.

But it’s a balancing act. And, I think, as long as the industry is aware of the realities of the situation in the Caribbean – that being it’s not a scene of mass destruction as it was, and there is infrastructure to support superyachts visiting, but equally that the relief effort is far from over, and without a doubt more superyachts will play a significant role in the rebuilding of the region.

Interestingly, as I write this, an e-blast from Y.CO has come through, titled “Winter charters in the Caribbean”, marketing 15 of its superyachts based in the region this winter. Let’s just hope people take notice.

Find out more about the Yacht Aid Global and Superyacht Aid coalition, to support Irma, here.