SuperyachtNews.com - Owner - The ocean: both a victim and saviour 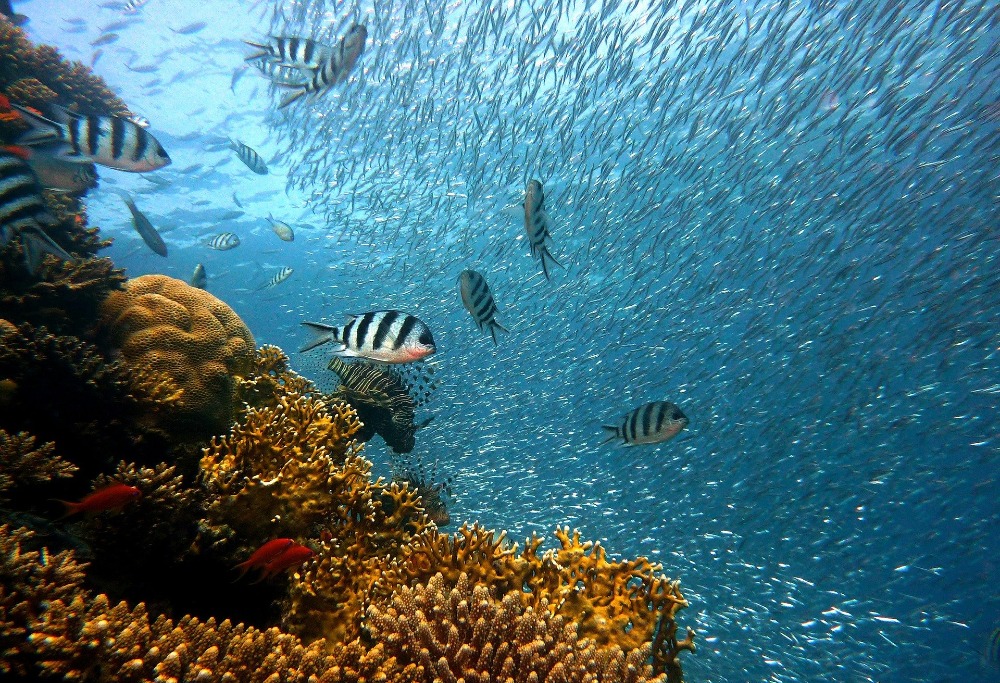 With an increasing awareness of the dangers presented by the earth’s rising temperature and the dangers it presents to the functioning of the oceans systems and marine food webs, society is increasingly aware of the imperative to change.

While the ocean is threatened by climate change, it can also can play an interesting part in resolving the crisis.

The findings from a study by the Intergovernmental Panel for Climate Change (IPCC) on the machinations of the oceans reveal that it plays a vital role in the regulation of the earth’s temperature.

While industry-wide concern for the future of the ocean is on the increase, the findings from the IPCC report highlight the absolute imperative to help protect biodiversity in the ocean. According to the report, ‘since 1970, the global ocean has warmed unabated and has taken up more than 90% of the excess heat in the climate system.’

Speaking to Clare Brook, CEO of the Blue Marine Foundation, she said, “it has been estimated that the earth would be 36-degrees warmer without the ocean.”

What is also interesting is the amount of carbon that the ocean also absorbs from the earth’s atmosphere and how it can be key to resolving the emissions gap. “Oceans aren’t just a victim of climate change but also part of the solution. It’s estimated that ocean-based climate action can help to close the “emissions” gap by 21 percent for a warming scenario of 1.5°C and by 25 percent for a 2°C pathway by 2050” writes a summary of the key finding from the study. Life in the ocean absorbs a significant amount of CO2, as quoted from the summary- “a study by Sutton-Grier et al.,2017 stated that global mangrove carbon storage is 34 million tons of carbon per year.”

"it has been estimated that the earth would be 36-degrees warmer without the ocean.”

Unlike terrestrial soils, mangroves, as well as underwater salt marsh plants and sea grass that also absorb carbon do not become saturated with it. This carbon can be released during ocean trawling and other activities that disturb the seabed.

In addition, mesopelagic fish also play a role in removing carbon from the atmosphere through the phytoplankton they eat on the surface of the water. These fish then swim down to the bottom where the carbon is then excreted on the seabed where it is stored. “Like a big biological pump”, says Brook. According to the study, ‘it has been estimated that without the biological carbon pump, present atmospheric CO2 concentrations would be approximately 200ppm (about 50%) higher.’

While these concepts can be more difficult to visualise, one side effect that has an immediate impact on business and may make those who don’t feel compelled by the moral value of protecting the planet to pay attention. According to the IPCC Special Report on the Ocean and Cryosphere in a Changing Climate (SROCC) study the decline in the health of the ocean would also have a negative effect on global economy. ‘If human impacts on the ocean continue unabated, declines in ocean health and services are projected to cost the global economy $428 billion per year by 2050 and $1.979 trillion per year by 2100 (Chapter 1, 1-6).’

As an industry we wouldn’t exist without the ocean. Once we recognise the environmental, as well as the economic value of its ecosystem then the urgency becomes much greater. The alternative lungs of the earth need to be protected and the superyacht industry has a moral and economical imperative to do so.