A 'Corinthian' approach to superyacht regattas 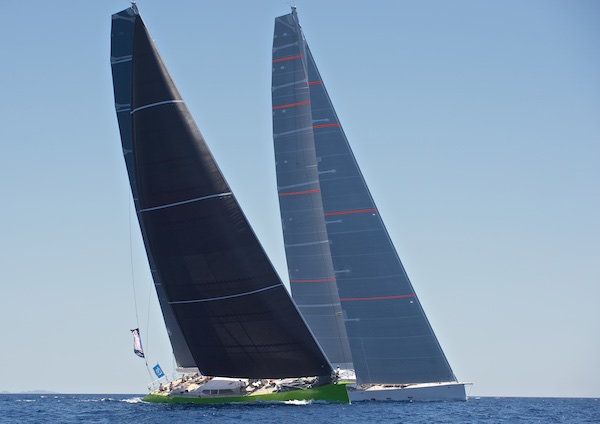 At the end of last year, the SuperYacht Racing Association (SYRA) announced its intention to include a ‘Corinthian Spirit Class’ at its key 2017 regattas, whereby the participating yachts take a more relaxed approach to racing, with reduced competition and reduced costs. The decision was a reaction to how much superyacht racing has evolved in recent years.

“In the last couple of years the regatta scene has naturally been driven by those that shout the loudest, which is inevitably the more competitive members,” explains Kate Branagh, SYRA’s Executive Committee co-chair.

“It meant that we were only listening to a small percentage of sailing yacht owners, so we realised that we needed to pay more attention to those new to the industry and those put off by the increasing competitiveness of superyacht racing – the new owners, new boats or those that feel they have been left behind.”

The new class, which will focus on the social aspect of the regattas, has received a positive response so far – four yachts signed up for St Barths Bucket, including recently launched 70m Sybaris, and three for Palma’s Superyacht Cup – but SYRA believes that it will take two or three years to fully take off.

And it’s not just the owners that need the persuading; SYRA acknowledges that a lot of the time it’s the captains that have the influence over entering a regatta. “If a captain has a racing background, then they are normally keen to participate, but if not then the regattas can be quite intimidating,” adds Branagh. “The Corinthian Class is about lowering the barriers.”

With simplified courses, no kites and no fleet starts, safety will still be paramount, but fewer people will be needed to sail the yachts and there will not be the same need to hire professionals.

For Branagh, Palma’s Superyacht Cup offers the ideal setting for the Corinthian Spirit Class to fully succeed. “There is generally less seaway, wind and other obstacles compared to other regattas,” she explains. “For an owner wanting to try a regatta for the first time, Palma has a lot of advantages.”

While the aim for the new class is to pick up some of the boats lost along the way and encourage new owners and boats to enter regattas, Branagh admits the initiative goes deeper than that. “It is critical for the sailing yacht industry to attract young people and fresh blood,” she concludes. “Through charters and collaboration between the regattas, we have the opportunity to make the sailing yacht industry more inclusive and appeal to a new set of people that are willing to spend money on a new experience.”

Palma: the epicentre of superyacht sailing

On board 'WinWin' with owner and designer