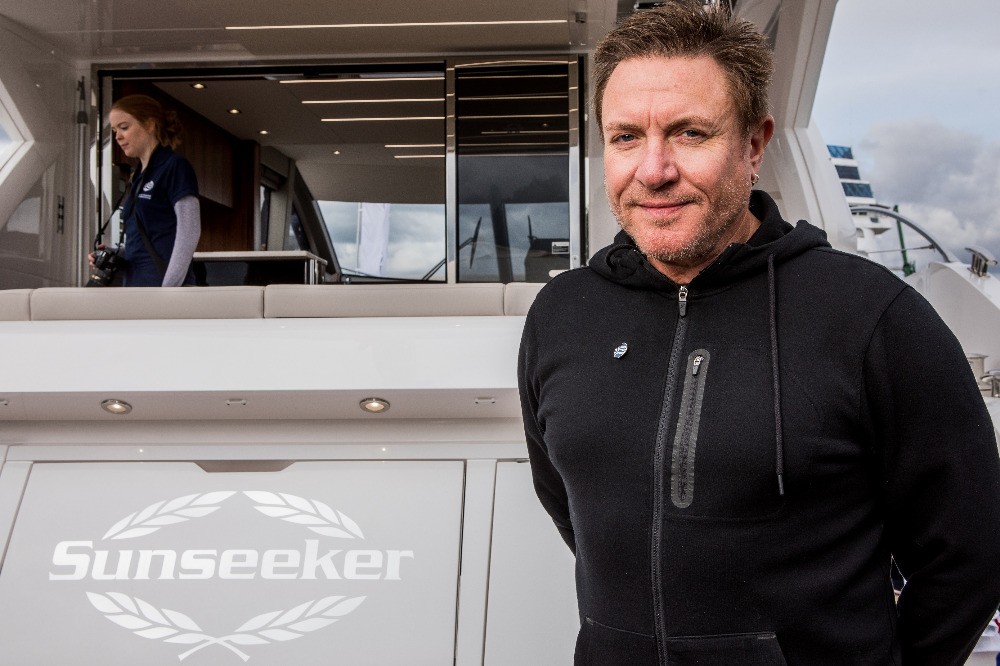 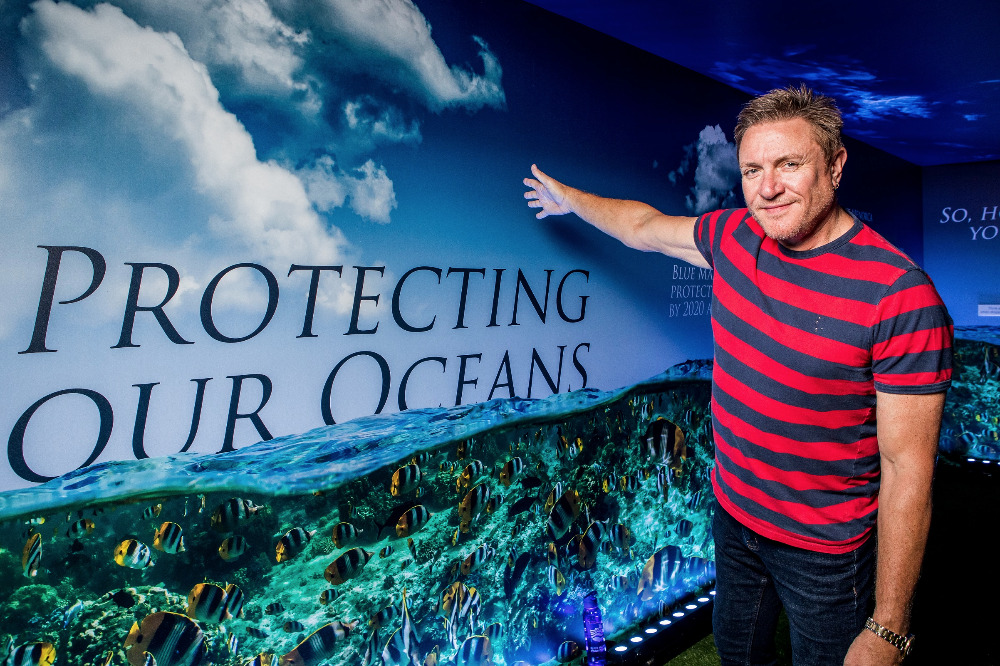 Le Bon, an ambassador for BLUE, arrived at the Southampton show on a Sunseeker. “I’m really happy that this brand has come on board with BLUE, which is an organisation I have been involved with for about five or six years now,” said Le Bon, speaking to SuperyachtNews. “It’s about time that the people who get the most out of the sea and use the sea the most, actually do something about the issues it faces.”

Le Bon has a long relationship with the yachting industry, and continues to race in competitive sailing regattas across the world. “As a leisure boater, I see what is happening to the sea. You look in the Mediterranean, and it’s appalling. It’s really sad and frightening if you think about the knock on effects [the pollution] will have on humanity.”

Sunseeker announced earlier on this year its ‘Project Menorca’ campaign, to support local initiatives in the Balearics. The stand at Southampton featured an interactive installation that illustrated the impact of plastic pollution and overfishing on the islands, and included a striking piece made from plastic bottles that had been found in the Menorcan sea. “It’s stunning but very poignant,” said Le Bon. “I think the chandelier made out of plastic bottles is extraordinary. It’s beautiful and terrifying.”

"Sunseeker are smart enough to realise that if you have a playground toy but the playground is a stinking rubbish tip, what is the use in having the toy?”

The Sunseeker and BLUE campaign in Menorca, Le Bon argues, offers tangible solutions to issues that the region faces, such as overfishing. “If you want to change something. Do something. Don’t just sit around talking about it waiting for someone else to do something. This is an opportunity to be effective.”

Le Bon echoed the ethos of Sunseeker and other yacht brands that are committed to improving the health of the oceans, to ensure future generations are interested in the market. “I don’t think you can do this without brands like Sunseeker, because if you are fighting against industry, it is such an uphill battle. Sunseeker are smart enough to realise that if you have a playground toy but the playground is a stinking rubbish tip, what is the use in having the toy?”

At The Superyacht Forum this November, there will be a number of discussions on how the yachting industry can become more involved in environmental campaigns. To find out more, click here.