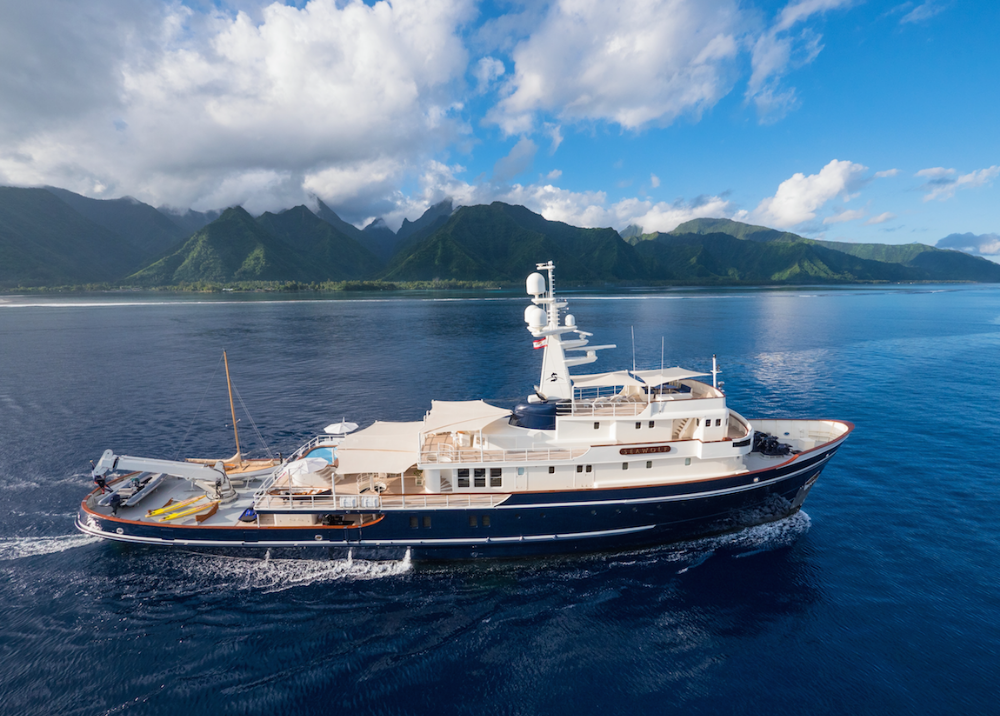 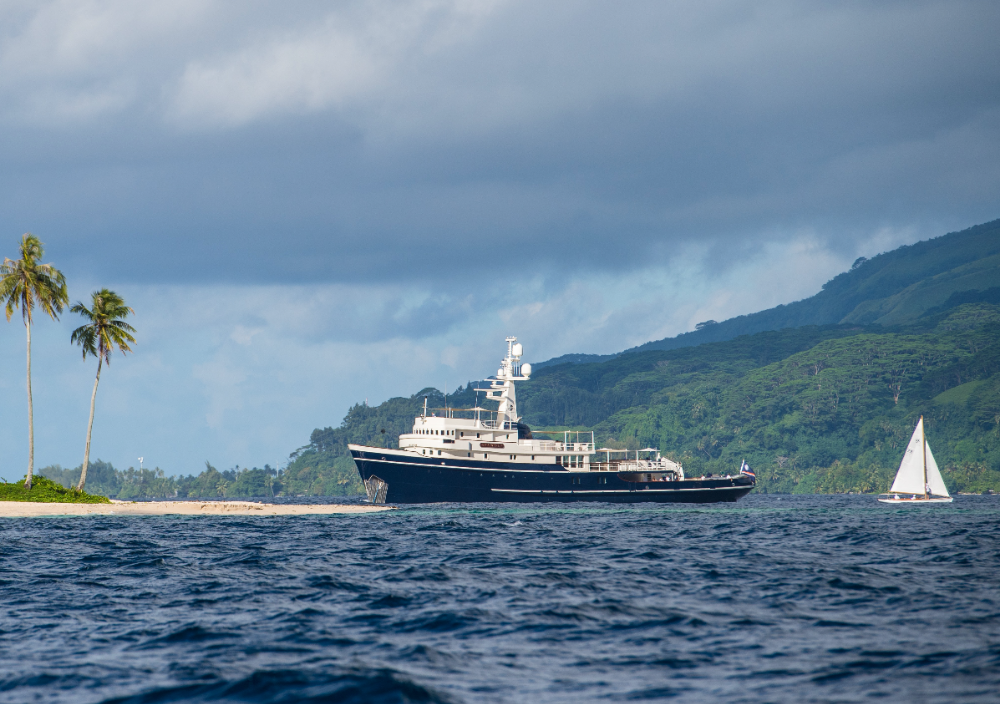 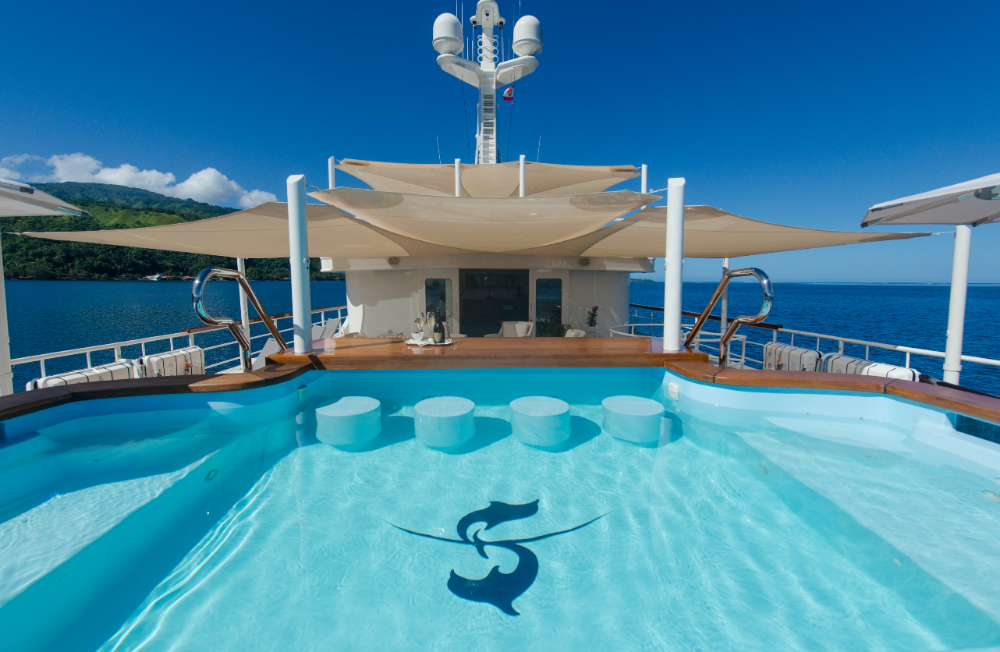 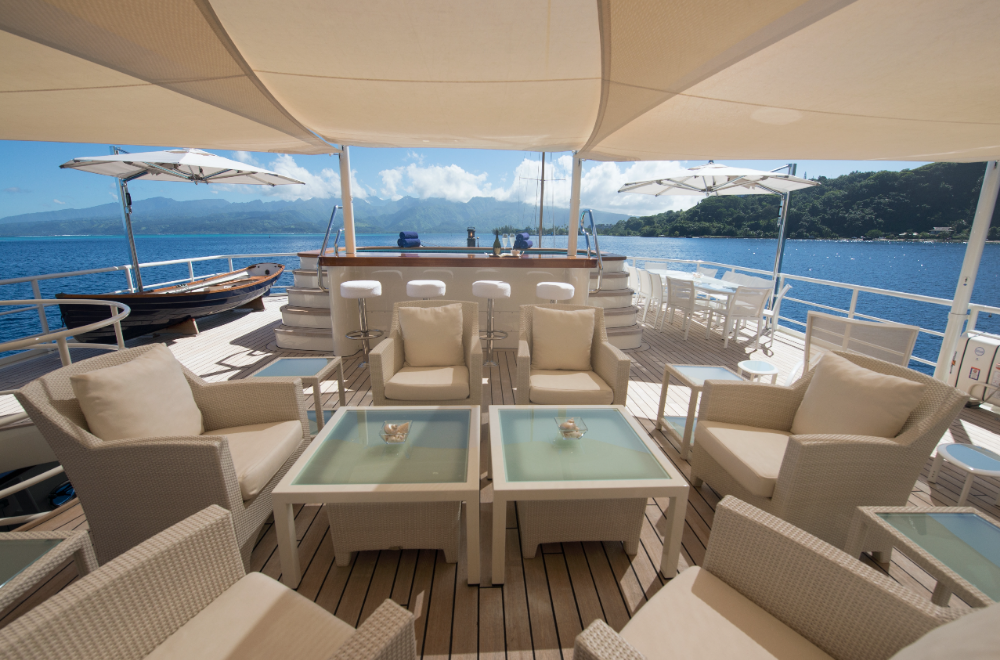 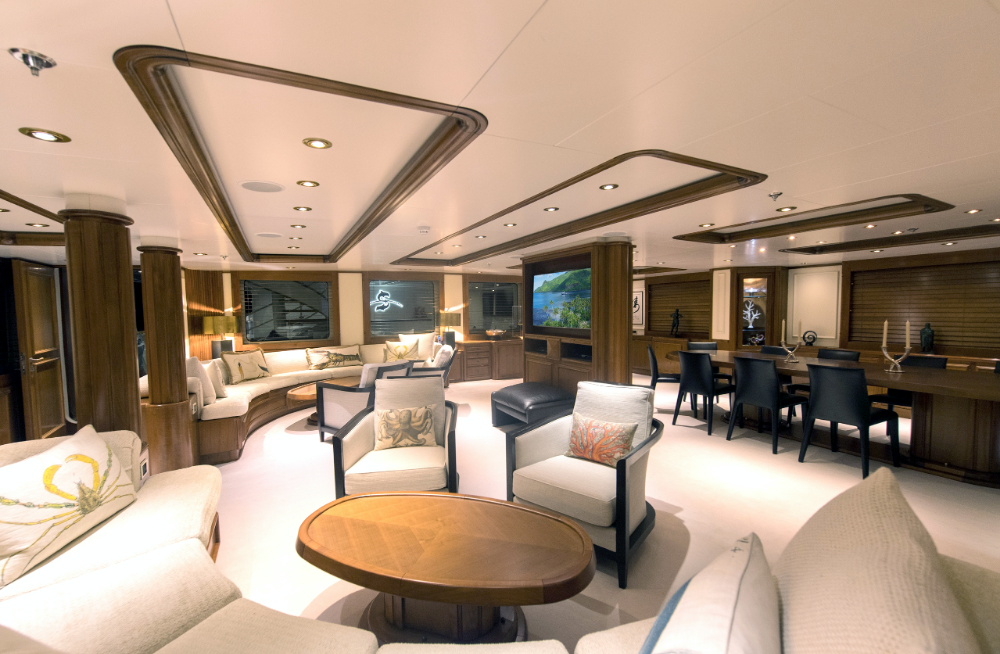 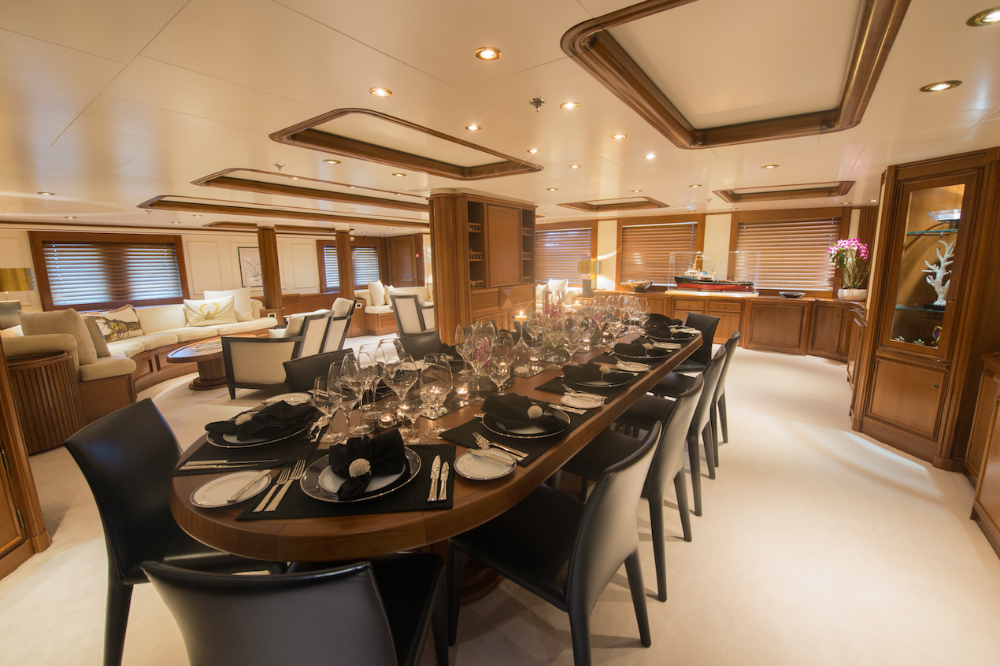 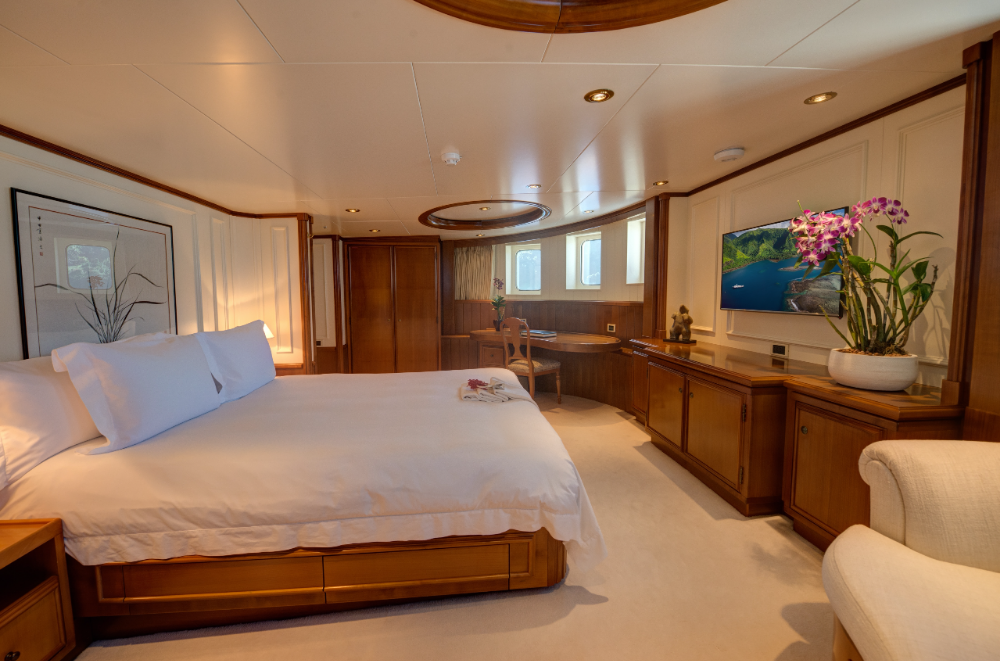 Only a minority of yacht owners can honestly hold their hands up and say that they have journeyed as far as the eye can see on their boat. But then again, how many owners have a boat capable of towing two aircraft carriers – in tandem – from Boston to Japan during its former life as an ocean salvage tug?

You can’t really question M/Y Seawolf’s seaworthiness after hearing of such a feat – and you would bet your bottom dollar that this is beyond the capability of nearly every superyacht dubbed an ‘explorer’ on the marketplace.

But, now comes a rare opportunity for the increasingly explorer-centric demographic of buyers to purchase Seawolf, with the owner having recently listed her for sale with Jody O’Brien of Fraser and John DeCaro of All Ocean Yachts for a very realistic $13,959,000. The 58.8m vessel, originally built at Scheepswerf Smit in the Netherlands in 1957, was converted into a luxury superyacht at Astilleros de Palma in Mallorca from 1998 to 2004.

“It shifted the emphasis from going from A to B, to being at A and being at B.”

The current owner, Mike Potter, who is founder and former CEO of the publicly-traded Cognos – the largest software company in Canada that was sold to IBM in 2007 for $4.9 billion – came across Seawolf ten years ago when O’Brien made the introduction. Potter had owned a 96ft. custom-built Vitters sailing yacht, but was in pursuit of something altogether more ambitious to deliver the ultimate travelling experience for his three kids.

“When my broker, Jody, showed me Seawolf, I just fell in love – it was a ‘puppy-dog sale’, I just had to have it,” Potter explains, in an exclusive conversation with SuperyachtNews. “I wanted a boat with a brilliant array of activities – above the water, in the water and under the water, so this boat was perfect.”

Before long, Potter’s yachting lifestyle had completely altered its course. “I had a crewed yacht before, but it was always very hands-on for me when we were sailing.” His astute observation of the transition to large motoryacht ownership was that “it shifted the emphasis from going from A to B, to being at A and being at B”.

Potter and his family have spent between 80 and 100 days on board each year for the last decade, and have quite literally seen the world on board. Central America, Indonesia, New Zealand, Australia, the Black Sea, the Baltic Sea, St Petersburg, Indonesia, the Tuamotus islands and the Mamanuca islands are among the extraordinary array of destinations they have visited, as well as the more traditional cruising destinations of the Mediterranean and the Caribbean.

"I want to be as proud when I walk down to the engine room to speak to the engineers, as I am when I have a gin and tonic with friends on the deck."

And despite this inspiring logbook, O’Brien tells me that over the course of Potter’s ownership, he has actually improved the condition of the yacht. Potter later tells me that he actually owns and runs a vintage aircraft restoration shop for a hobby. With a fleet of mostly Warbirds, but also a Spitfire, a Hurricane, a Corsair, a Mustang and other planes to his name, he has considerable know-how when it comes to the preservation of some of the finer forms of transport.

“For me, yacht maintenance is not run by a cost-accountant – it’s run by me saying, ‘I want to be proud of this boat’. And I want to be as proud when I walk down to the engine room to speak to the engineers, as I am when I have a gin and tonic with friends on the deck,” Potter adds.

“I’ve bought a number of airplanes over the years and the mistakes I’ve made were always because I never quite understood how to care for it properly. The same applies to boats,” he concludes. Potter’s advice to owners and buyers? Do your research. If you’re buying a yacht, find out who the owner was, why they owned it, what they did with the boat and how they took care of it.

The full interview with Mike Potter about his experience owning Seawolf will be published in The Superyacht Report, issue 185. To subscribe, please see the information below.