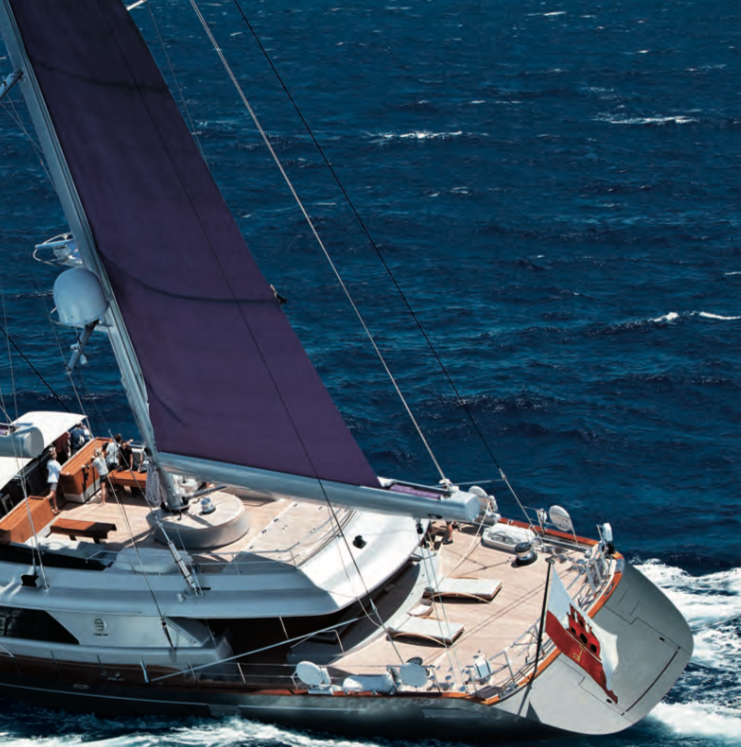 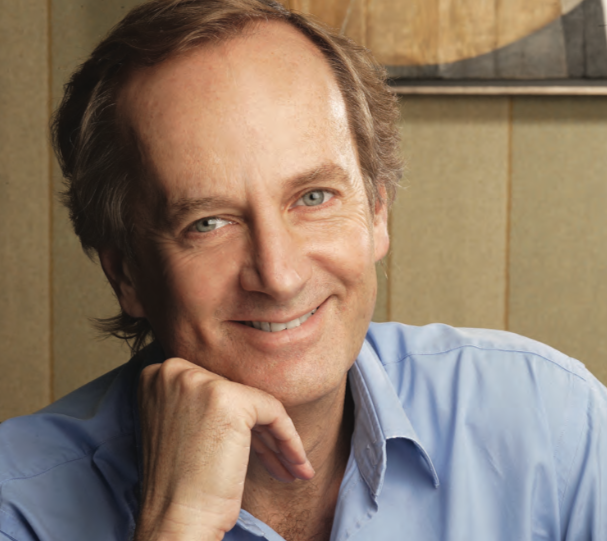 “Being Greek, you become very spoilt as you have the most beautiful beaches in the world on your doorstep.” I’m chatting with the shipping magnate George Economou over a beautiful Basque dinner at Ametsa in London, and we are exchanging travel stories. Our first meeting at the St Barths Bucket in March was rather fleeting, over pasta at Casa Perini after a hectic day’s racing. Now that we have more time, I’m keen to find out more about his 50m Perini S/Y Baracuda, launched in 2008.

“I have always had motoryachts,” says Economou, “but Baracuda is my first sailing boat. I never had the time to enjoy the one before.” He tells me he ordered the boat back in 2005, but then the economy took an unexpected downturn, and the boat was delayed. “Sometimes you plan things and they don’t come out as expected,” he says as we tuck into our starters. “Business was going well when I ordered her, so I thought I’d have more time to sail around the world. Then the financial crisis happened, which affected all of that. So I thought ‘I may not have that much time after all!’”

Nevertheless, Economou took the newly delivered boat to his first St Barths Bucket the very next year – although he readily admits there was no serious attempt to win the race. “We were missing the spinnaker and didn’t have the right sails, so of course we came in last. If you want a chance at winning you need to be very prepared or have a boat built for racing, like S/Y Unfurled. For me it was just fun; I love St Barths. It was more about the experience.”

Fast-forward seven years and Economou often visits the Caribbean island, choosing to stay on land instead of on board Baracuda. “I don’t actually like staying on a boat in St Barths,” he says. “The Atlantic waves are big and long and create a swell. I don’t get seasick but it’s always rocking and I don’t enjoy that.” Since buying a property on the island, he now spends a good deal of time there, considering it a convenient second home, with sunset views over the harbour. “It takes 15 minutes by car to get from Gustavia to the other end of the island, or to visit any beach or restaurant. I love it there.”

Beyond the Caribbean, Baracuda has sailed as far as French Polynesia and Mexico, but I’m surprised to hear that for the past two or three years, Economou has kept his boat in Greece. “A place doesn’t need to be new to be exciting,” he tells me as our mains arrive at the table. “I like going back to the same places. I look for natural beauty and the beaches there are unparalleled. I’ve done every Greek island. My favourite is Mykonos, although it’s become very crowded. From an aeroplane, all the white houses look like snow. Now I spend more time sailing around the islands by boat. In September it’s still beautiful.”

Economou got his first sailing licence on motoryachts when he was just 23, and with a lifetime of shipping-industry experience under his belt, I can’t help but wonder how he decided on Perini Navi to build his first sailing yacht. “I’ve been in the boat industry forever, so I know everything there is to know!” he laughs. “Perini has good quality, comfortable boats. Wally boats are beautiful too, but you spend most of the time under the deck which isn’t fun. I wanted a boat where there was enough space to enjoy yourself.”

It comes as no surprise that Economou was heavily involved in the build process from the start. “I told Perini I wanted to see the last 10 boats they built so I could work out what I did and didn’t like.” Unused to such involvement, there was understandably pushback on some of the ideas that were put forward but Economou got there in the end. “As a naval architect, I was able to argue my ideas and eventually we came up with the perfect design – in fact, they ended up using it for other boats!” Economou enjoyed the process so much that he even spent a further two days designing a 60m boat for fun, and this was later adopted by Perini.

The interiors of Baracuda, created by Economou’s friend, the renowned British designer John Pawson, are a triumph in modern minimalism, with an open-plan layout not often seen on boats of this type. “He had never designed a boat and actually he hasn’t since,” says Economou. “He is very minimal in his approach and I’m very pleased with how it turned out.

Often people kill a boat with the interiors.” With four guest cabins in addition to the full-beam owner’s suite, could she be used for charter? “I chartered her for the first time two years ago to someone I knew,” Economou says. “In the beginning I wouldn’t do it but when I came back to Greece and built a house in Paros, I thought I should spend some time on land for a change. Then it made sense.”

So what does the future hold for this owner and industry stalwart? Not another superyacht, apparently. Unlike many owners, Economou has no desire to upgrade to a bigger boat. “I don’t like excessive space if I can’t use it,” he says. “It’s vanity. The bigger the boat, the less pleasing it is aesthetically. I doubt I will buy another boat after this.”

Happily for Economou, it seems he’s totally satisfied with Baracuda, and as we polish off our desserts and drain the last of the red wine, he explains why he chose to own rather than charter. “I spend a decent amount of time on my boat. I enjoy it, it’s not just a vacation. My boat is my life.” Cheers to that.